I want to get into Battle Wizard but a few of the hardcore people I play with have the opinion that Battle Wizard has been gutted in 1.3. Pyro apparently does everything better.

Can anyone give info to the contrary and any builds and mechanics they use to make her work in 1.3 now?

She’s Sienna, so she’s quite usable. Tranquility isn’t amazing, but is good for passively getting rid of heat. She seems meant to be more of a mixed fighter; use staff a bit, then switch to melee. Her kit doesn’t gear out super well for that. When the infinite burn thing is working properly, she’ll be in a much better state.

Her ult is kinda useless, except for staggering bosses/mass elites. Or just covering distance if nothing blocks you up. Ultimately Sienna’s power lies in her gear, not her talents/passives. Use Conflag for control or Bolt for picking off threats (though its light attack is good for single-file hordes). Then either switch to melee while the staff cools off (I recommend 1h Sword for her, or mace if you can block-cancel the first attack over and over well). She is probably overshadowed by her other careers, but she’s usable.

I’m not so sure that Pyro is all that either.

Honestly the most effective Siennas I’ve seen have been Unchained.

Battle wizard has been buffed since 1.3, not sure why people are saying otherwise.

Battle Wizard is immensely stronger than Pyro at killing crowds, so long as you’re comfortable ducking out and going into melee often. Single target damage is lacking, but this isn’t an issue outside of bosses. Unchained is incomparable to both BW and Pyro imo.

Her main gig is casting powerful spells fast, and often. The general way I like to play her is to decimate the bulk of a horde with area of effect spells, then do the cleanup with melee. Mobility is key. She is pretty squishy, but can get around easy due to firewalk and good dodges (unless you’re using mace). Tranquility kicks in quite fast now, and vents faster too. So don’t be afraid to generate heat.

Everyone has their own playstyle, so your personal experience might vary. But I’ll share how I play Sienna and commit genocide with fire. Starting with skills:

About Firewalk, it has had its ups and downs for sure, but right now it feels better than ever (except for when it was broken and you could teleport off the map). Things it’s useful for:

Now the most exciting part, accessories! This is probably the most up to player preference out of anything, but I’ll still share my choices.

I slammed my finger in a door at work today, and it’s really sore by now. I must finish what I started!

As for staffs, it’s more or less up to you. Fireball has been my go-to since early access, but conflag and flameweave can be fun too. I personally don’t see a reason to ever use beam as BW, and bolt is pretty niche with this career.

Sorry for the long post. If I forgot to mention some aspect of Battle Wizard, or you want me to elaborate more, feel free to dm me.

Today’s mission on Into the Nest:

Thanks for the detailed advice, really appreciated

Lots of people think sienna was gutted because they don’t know how to play without the crutch of the old temp health system where they could rack it up on ranged kills. Granted it took me some time to adjust too. Battle wizard now is amazing and the most versatile of siennas careers. Capable of being a ranged or a melee powerhouse, or some of both depending on how you build.

I have specced for 100% block cost reduction when tranquility is active. Off balance on my 1h sword, double fire walk and conflagration or flamewave… amazing horde control and survive ability, easy to reach and rescue downed teammates, and if you take lingering flames you can get out of pretty much any tight spot by setting the enemies on fire and blocking / running away till they die.

The strength of battle wizard is being able to seamlessly switch between melee and ranged, if you try to focus on only one of those you’re going to be limited in effectiveness.

The issue is as she gets overcharged she gets weaker where pyro and unchained both get stronger. Pyro gets up to about 40-50% crit chance if geared appropriately. This on top of the attack speed talents and swift slaying turn her 1h Sword into a melee blender. She also has elite delete ulti on a low CD.

The issue is the battle wizard kit. She needs to have talents that somehow buff her melee as she overheats so she doesn’t swap to a potato when she’s high overcharge.

Before you could ride temp HP with 60% bonus healing from neck and talents and cast fast full charge spells and ventilate down your temp. You can’t do this anymore. Instead they gave us a broken lingering flame talent. Bring back old BW please…

What do you mean bring back old BW? All Sienna’s melee weapons were buffed, flamestorm was buffed, Fire Walk was buffed, Tranquility was buffed, some garbage Flickerstorm talent was removed and replaced with Lingering flames, which was insane in beta, when used together with conflag, and will be insane once again, when it’s fixed in live, Burnout was reworked and now allows to cast Firewalk twice in a row, which allows you to push bosses off the ledge, save teammates, stunlock patrols for a short while or save yourself. Old Burnout would feel useless considering how quickly tranquility now removes all overcharge.

I really can’t understand if people like you are trolling or can’t read patchnotes.

Also, you also seem to be misinformed since you don’t know that BW passive is Reckless Haste, which increases spell charge speed the higher your overcharge. Nevertheless you shouldn’t go into the red overcharge neither with BW or Pyro and, in case you go, you should just press vent button once to get back to orange overcharge and gain back your mobility.

I’m sorry to be the buzzkill but you are playing with bots.
This scorescreen proves nothing.
Any class is better than a bot in terms of stats.
Good news is you can carry your own weight atleast. Which is good.

Oh and as a side note:
Pyro is still the undisputed ranged powerhouse she’s always been and Unchained is so powerful in melee that you can solo Stormvermin patrols with her. If you have a strength potion you MELT a Stormvermin patrol in melee and can actually fight on par with a Chaos patrol. 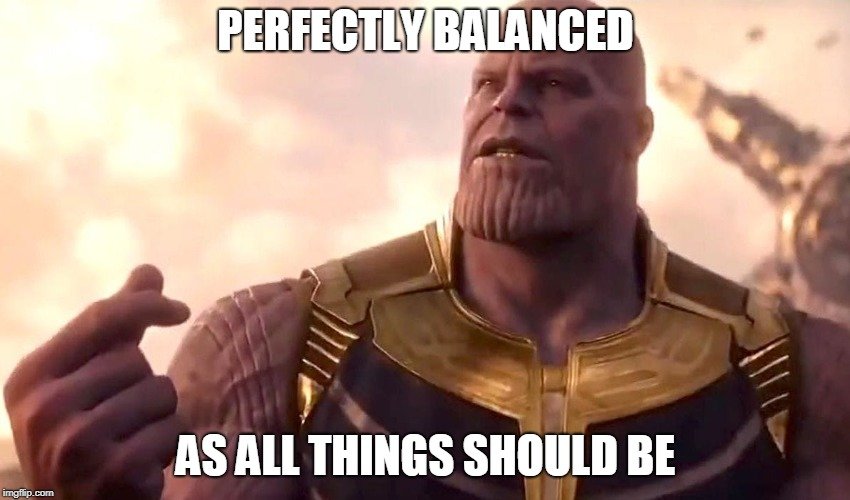 Just like someone else said in this thread. BWs only benefit is her high charge rate and mobility. The other Sienna classes are better in pretty much every practical way.
So in comparison to Pyro and Unchained I personally feel BW is rather weak.

My mistake on the second point - I was referring to her melee in particular - which is garbage when you’re overheated.

I can read patch notes. The ‘buffs’ to BW can’t stand up to her temp health nerfs - the only reason to play battle wizard is if you’re bored of unchained/pyro

I still don’t understand your reasoning.

My mistake on the second point - I was referring to her melee in particular - which is garbage when you’re overheated.

The same applies to Pyromancer and drakeguns as well. The idea is not to fight in melee when you have high overcharge. Just press vent button once and the overcharge will go down by half or so. Better yet, try managing your heat and don’t go into overheat status, if you want to melee, while waiting for tranquility to kick in and remove overcharge by itself.

It still seems that you don’t realize that every career in the game for any character lvl20 talents have been changed like this. You don’t get temp health from ranged anymore, so you have to use melee, if you want to vent manually on temp health.

Do you want BW to be the only career in the game to get temp health while using ranged? Is that what you’re saying with this quote?

Just like there is no reason to play any other career besides Zealot, Handsmaiden or * insert some random supposed meta career here * , right?

This may come as a surprise but just because you think it was her most viable playstyle doesn’t make it objectively so.

Equipped a one handed sword with temporary health on staggering you can rack up ridiculous amounts of the stuff. Why would you want to ride high overheat on battle wizard? She gets slow down and gets no bonuses like Pyro with increased Crit or unchained with increase damage. Switch between melee and ranged more frequently and take advantage of the survivability and mobility that battle wizard has and the incredible vent speed of the new tranquility.

I get here just to learn how to play this class (have been good with others so far) but hell… this does not help me understand how to play BW X,D my biggest issue is the way the ult work… im always getting stuck to a micro shitty jump because im too close from a crate. I think its kinda ridiculous. And for the rest… yeah she can be good… If you carry hard with her weapons. Not an easy class for sure.

Is Lingering Flames DoT not stacking a bug or intended?

Intended. It trades stacking DoTs for possibly quite big damage in short time for theoretically infinite damage in longer time. Changes part of the playstyle into a fire-and-forget style, even more than it is normally.

Can you imagine the insanity if Lingering Flames DoTs were to be stackable?

Gotcha. Thats what I thought and it makes sense.
I just saw a comment somewhere “until they fix lingering flames.”

Fixing it likely refers to it apparently not working all the time. I haven’t noticed problems with it, personally, but others have reported the DoT not staying on (even disregarding the known issue of the visual effects stopping soon). Check the Bugs section, if you want to read more.