I found this treasure during my adventures in the Сhaos Шastes. 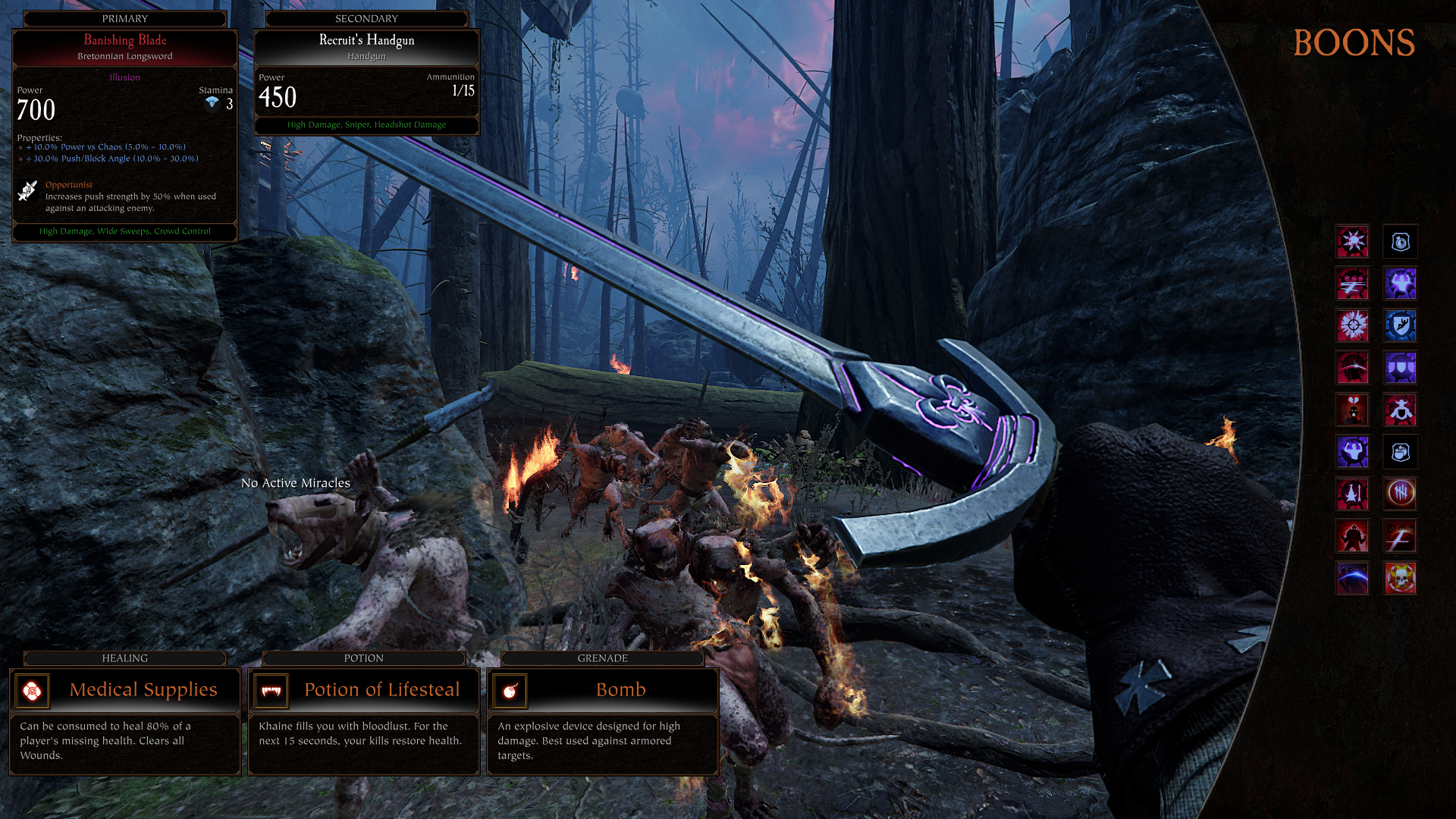 Nothing special or extraordinary. Just a purple glowing Bretonnian Longsword.

But I want to have such an illusion in my curiously assembled Collection.

As well as any other items already in the game files, but inaccessible for some reason. Please add this.

Yeah there’s also one for the Bretonnian Sword and Shield you can only find here. Along with one for the Masterwork Pistol and Coghammer. Would really love to see those, the not so fancy coghammer is much more fitting for Slayers imo.

FS did say that theyw anted this stuff to be released later as a pack or as part of events and such iirc.

Few weeks after CW was released FS announced the release of some free-lc which was some illusions from CW that players got like a super fancy monfire bow. But these illusions were only for the new CW weapons.

I’d love to see all the illusions become available, but alas, unlikely for some time.