It would be great if some 2nd or 3rd red illusions can be added for original game weapons like rapier, fireball staff and weapons of Ubersreik and magic wind dlc. I hope there could be more in the future but hope they can be acquired through non-rng ways.

We also need more shilling cosmetics. I have 4 left to buy and then i have everything. Would be nice to have more stuff to spend shillings on.

Forget red illusions or anything. What we really need is a Conflagration illusion without a skull in it!

But yea, Shilling cosmetics might be a point. I think I have or I am close to having bought every Shilling illusion available (still have Premium Cosmetics not bought though). Only reason why I haven’t gone full-in is because I hope for a sale for the missing 2000 Shillings illusions (good luck that with an unspeakable amount of three illusions per week being reduced) or for the off-chance we get an update with something expensive in my interest.

I’m still salty that the Weltbrenner staves from the first game weren’t carried over into Vermintide 2, probably because some boring soul complained that the rib cages blocked their view in first person. What does playability matter when you look fabulous? 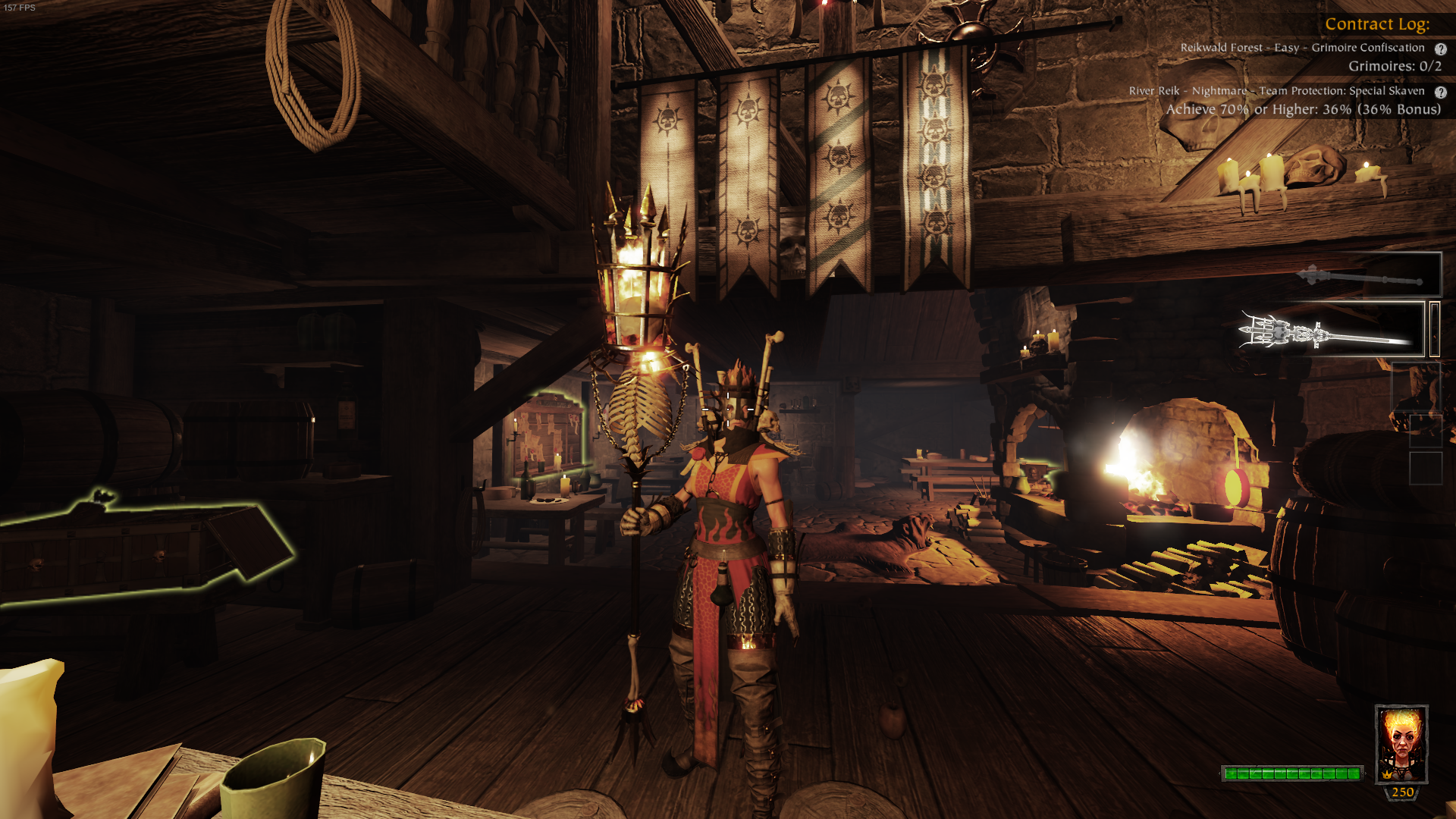 Also, that screenshot reminds me that Sienna’s Champion of Ubersreik skin should really be for Pyromancer, not Battle Wizard. Pyromancer is Sienna’s character from the first game, not only aesthetically but also within the game’s lore.

I don’t mind the skull illusions until conflag. Fireball looks great and the mace is one of my favorite illusions in the game. But ugh conflag is ugly.

There’s also the purple Bogenhafen style skins for the GK/OE weapons that are back to modded realm only now that you can’t have them spat out randomly during a CW run anymore. Can we at least have those? SoTT and WP get their full compliment of purple/blue for both skin styles and OE even has 1/2 his purples at the moment.