Another round of Assassin complaints

At this point, fix their behaviour or remove them from the game.

Between these images on a 60fps video, there are less than 30 milliseconds.

Or what would happen if an Assassin missed you?

You still get pounced of course!

How can any of this even be allowed to happen?

Assassins should just have their damage dropped to zero, health dropped to about 10, stagger on pounce removed, and they would be a balanced enemy.

How can any of this even be allowed to happen?

No they would not.

As long as they can jump through other enemies they will basically never be cool to deal with.

The warning time is too short, they have a crap ton of weird ways to approach including the one mentioned above that leaves no counterplay. Additionally having some damage on their own is not a problem but when they jump through other enemies resulting in free hits…well.

Squishy careers dies in 2 hits from slaverats on cata ._.

What would make assassins tolerable, is if they could not jump through other enemies, and did not deal a ton of damage on impact. Especially the latter is pretty annoying when you push them midair but still get knocked down and lose a heap of health.

All while the assassin just rolls off and teleports away to jump again 2 seconds later <.<

Assassins can fake-out a teleport and jump you again within 2 seconds.

I know, but i was serious about what i wrote, i have seen assassins jump on someone and do the knockdown but get pushed off and then teleport away to a visible spot and proceed to come flying in again literally 2 seconds later.

All while the assassin just rolls off and teleports away to jump again 2 seconds later <.<

Assassins can fake-out a teleport and jump you again within 2 seconds.
You know what, I’ll use this thread to post video evidence of all these weird situations when I come across them.

I can feel for most of it, but I would say that there are two main problems with all the disablers:

Everything else is manageable. Sometimes it requirers a lot of skill, but the best players that I’ve seen do it regularly. However, even they can be unlucky, and it is enough to be unlucky once, e.g. dodging the packmaster just to get in line with the assassin jumping at the same time.

I think it´s pretty notable than none of the main issue´s with packmasters or assassins exist with leeches.

Super quick/sudden attacks? They do not do these unlike assassins.

Silent or hard to spot? They dont have this problem unlike packmaster, heck you can sometimes hear them over the giant heap of chaos warriors infront and time a dodge just based off that. Silent leeches has very rarely been a problem and when it does happen it usually gets fixed fast.

Meanwhile, the packmaster/assassin that are quite invisible and sometimes completely silent inside anything other than a skaven horde…frequently.

I deliberately included leeches, despite the fact that they are only danger in the first scenario. If you don’t spot them (not going into “cannot dodge, for whatever reason”) because of the crowd, they can still get you.

However, I agree that the telegraph cue before the attack can be insanely short. Most of the packmasters that got me were silent/out of nowhere, preferably through the horde. Assassins that got me, OTOH, are usually a combination of bad luck and speed, making it more of a guess where to dodge because I couldn’t see them, despite turning all the time.

My two main gripes with assassins are:

Especially that last one drives me mad sometimes. Please, FS, is there any way this can be prevented?!

Other than those things, assassins coming from completely unexpected directions and when you’re bogged down by other enemies is sort of fine with me. I don’t mind them being dangerous, I just mind them being unfairly bugged.

Oh: And when they jump at you from a ledge at a short distance and go in super slow motion somehow gets a honourable mention for being funny, but it should also be fixed.

Assassins can often skip ledges completely, both in climbing and jumping.

Assassins, much like other specials, can pop into existence behind you. But with Assassins, that suddenly becomes a real threat.
Here, an assassin is pouncing me by the time his spawn sound has finished playing (and I’ve been pounced before the sound even FINISHED many times), despite a special dropdown spot existing nearby that would add several seconds before any special could actually reach me - WHICH I RELY ON

Side note, my teammate clearly pushed off the assassin but there was no “assist” popup…

Side note, my teammate clearly pushed off the assassin but there was no “assist” popup…

That system has been broken since inception, and will probably never be fixed as the number of more critical bugs keeps piling onwards.
’
As for the assassin, that wasnt so bad, i´ve seen a bugger spawn infront of me and jump my face 0.5 seconds later while the intro was still playing as i was in melee with something else x)

Honestly I have little issues with assassins outside of them literally spawning a meter behind you even before there’s any sound, or them spawning without any sound at all and their weird jumps without animations/jumping backwards. While this makes them better at their job, this is still game mechanics now working correctly. I both love and hate their level of unpredictability.

I think assassin’s damage should be changed a little.

The assassins as they are right now are not techincally game-breaking, as the sound queue is clear, I usually spot them while they’re running around and before they jump, and getting the timing for a side dodge (for extra safety) + push out of the air takes some-but-not-that-much training.

They are frustrating though : they are highly unpredictable and run back and forth like AIs who can’t seem to trace a path, have weird jump angles, inconsistent animations, inconsistent collision boxes, are not always rewarding skillful play since they leave no opening when properly dodging them as they instantly teleport away, and finally they can jump again immediately after teleporting.

That is a more general thing : sound queues should play before specials spawn, not after… It works fine for leeches and blightstormers who usually spawn far away, but assassins sometimes do indeed spawn right in your back and there isn’t much you can do. 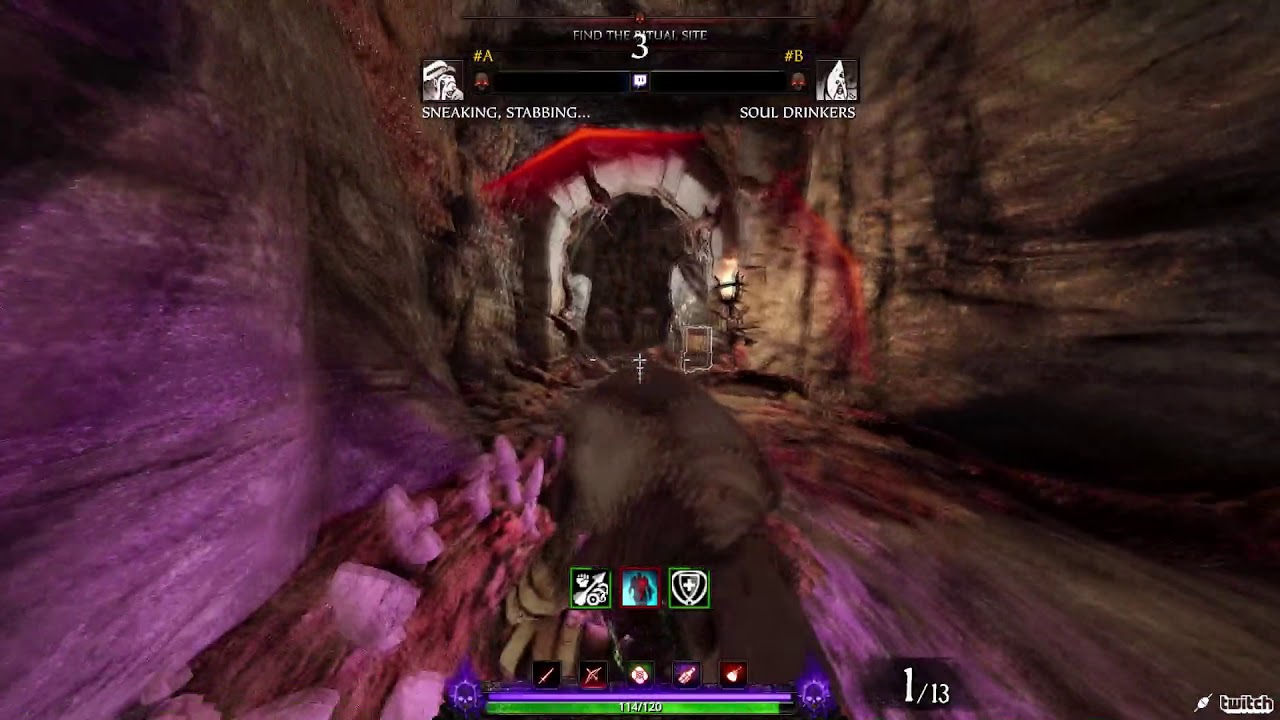 I think assassin’s damage should be changed a little.

I quite agree with this. Considering that client players very, very often block an assassin successfully but still get damage due to network latency - often completely unavoidable - there should really be no pounce damage. The real threat should be when teams don’t rescue the player within seconds.

Dunno bout PC, but due to framerate the host on PS4 will take damage when pushing an assassin. Quite fun to get chunked for ~25 damage when you did a successful push.

Occurs on PC too, it´s a question of timing i think.

I´ve had both occur while hosting.

Every disabler has some sort of counterplay as it should be, even packmasters if you spam the ping key into hordes if you suspect that there could be one. If he is pinged than it’s easy to dodge

Assasins jump through 100 enemies from such a distance you can’t even ping them, or they hug you a second after they did spawn from i don’t know where and they can switch targets midair if the first guy dodged.

This all with very high damage a knockback and the ability to insta-nope-out with teleport smoke granates makes them the bane of my existance in this game.

I mean what counterplay do they have? I already always have my back on some wall when i hear the spawning sound of these rats, so they can’t jump on me from behind and because they are next to me if i dodge their jump so easy melee kill. But even this feels like not enough when i consider how often these guys ruin my healthbar

I swear at least 7 out of 10 times when i’m getting pounced by one it was because of something fishy. Most of the time it just feels so cheap

(Imagine now player controlled assasins in versus. This thought alone gives me shivers)