Am I crazy or is there a mixup regarding FSR versions?

I’ve read the post (Nov 16) about game’s performance and came across this:

AMD FidelityFX Super Resolution 2 is a cutting edge temporal upscaling algorithm that produces high resolution frames from lower resolution inputs. The different variant goes from ULTRA QUALITY (having the least visual impact) to PERFORMANCE (giving the highest boost in performance) where the latter is best utilized when running the game in higher resolutions like 4k. FSR 2.0 generally works better across a higher variety of resolutions than its predecessor, but with the downside of being a bit more expensive, especially on older hardware.

However, in game, the options are in reverse:

In game, FSR 1.0 doesn’t have Ultra Performance but has Ultra Quality instead. The reverse is true for FSR 2. I’ve played around a bit in the Meat Grinder and I feel like FSR 1.0 actually gives me better frames on the same options, same exact place (not moving my camera). The last part is a bit anecdotical, but apparently there’s mistake either in the blog post or in game options. Can anyone play around with those two and check as well please?

“FSR 2” on Ultra Performance. Disregard the graphics, the snipping tool may downgrade it a lot; pay attention to the FPS counter top right. 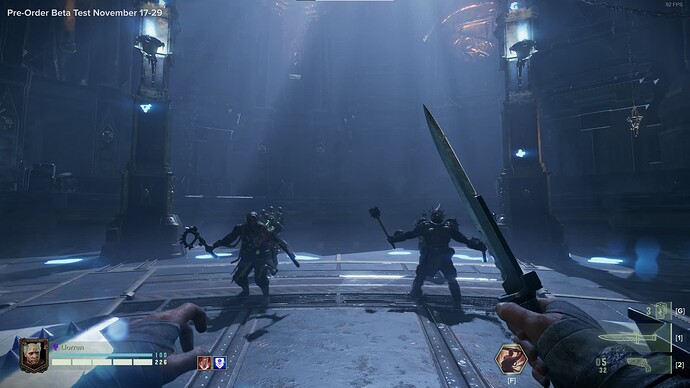 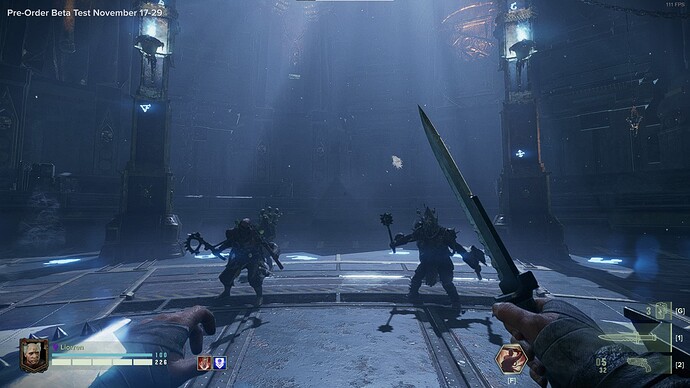 Still not sure if I’m crazy or there are other factors in play, that’s why I’m posting it here and not in tech support. If anyone else confirms it I’ll make a bug report I guess.

The names of the settings might be mixed up, but I don’t think the actual implementation is. FSR 1.0 is generally faster at the expense of somewhat worse image quality at equivalent quality settings when compared to 2.0

You’d expect to see 1.0 perform better, all else being equal.

First game I’ve actually disabled FSR because of how bad it looks to me.

Then again Fatshark is hand in hand with Nvidia so I’m not surprised.