Any plans for FidelityFX Super Resolution?

I’ve just sat through a lot of youtube videos about the release and there were some comments that it’s easy to implement.
iirc Fatshark uses its own in-house engine, so I’m not sure if the implementation was only easy with more mainstream engines.

I would honestly much prefer if they add a resolution scale option instead (preferably so it goes both ways). From what I’ve seen of FSR - it’s only really worth it at scaling from 4k at ultra quality preset, anything less and the image quality suffers quite a bit.

Honestly it looks decent even scaling 720 to 1080 as long as its at quality or above, but that’s not really the point.
It’s another slider for people that either want to play but have old hardware or want to push their average FPS over 144 while still having the game look good.
It’s another tool for users to customise visual quality with performance, and from everything I’ve seen even as a first pass at the tech it looks to do at least a decent job.

Hardware Unboxed have a great indepth video on it: 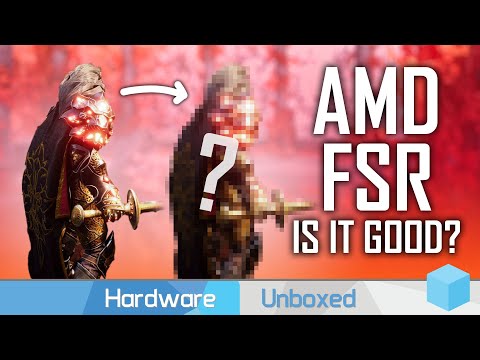 Other hardware/tech channels also gave it plenty of coverage (2pm BST yesterday felt like an embargo lift as everyone released content at the exact same time).

This would be amazing if it was implemented.

It will work with FSR on Proton when EAC-support for Proton ships later this year. Which at the latest is when the Steam-deck ships according to Valve (they have promised EAC support for the Steam-deck, and the Steam-deck runs linux + proton). This since there is a patch for Wine which adds FSR-support across the board for everything (open source is quite nifty, huh?).

Might FSR for everything be a reason for more gamers to switch to Linux?