So is https://youtu.be/fQMOgWbMLzM actually happening? I’ve poked around this site and can’t actually find any info about it. Any word from FartShart if this “Shadows of the BoogerHuffer” article is accurate?

White Dwarf is Games Workshop’s official magazine, for all kinds of Warhammer stuff, so I doubt they’d like to print any baseless news about their own IPs. The first DLC has been close to ready for a long time, and as you might know, was originally supposed to come out before summer. Then lots of bugs, a major blunder and XBox release happened. So to the developers, the DLC’s contents has been known for quite a while now. The name and contents of the DLC are also consistent in style with VT1’s first DLC (both based, is somewhat loosely, on a classic WH adventure).

So no official announcement yet, but there’s no reason to doubt the truth of the article. Afaik, the article didn’t mention any dates either, and White Dwarf has before hyped things a lot in advance, so there’s no guarantee of the DLC release other than that it is coming (and now what it is based on).

We’ll have some official news on this very soon

These magazines are compiled long in advance of being published, so back when we planned our roadmap and release schedule, White Dwarf had already been informed of our plans. When our plans changed, the magizine was already ready for publication and, well, here we are today.

Huh. Wonder if that means DLC maps are coming soon or we have quite a bit longer to wait?
Either is fine with me. Still hacking away at getting all the Helmgart levels for every career on Legend so that will keep me busy for awhile.

i love you guys but youre killing me 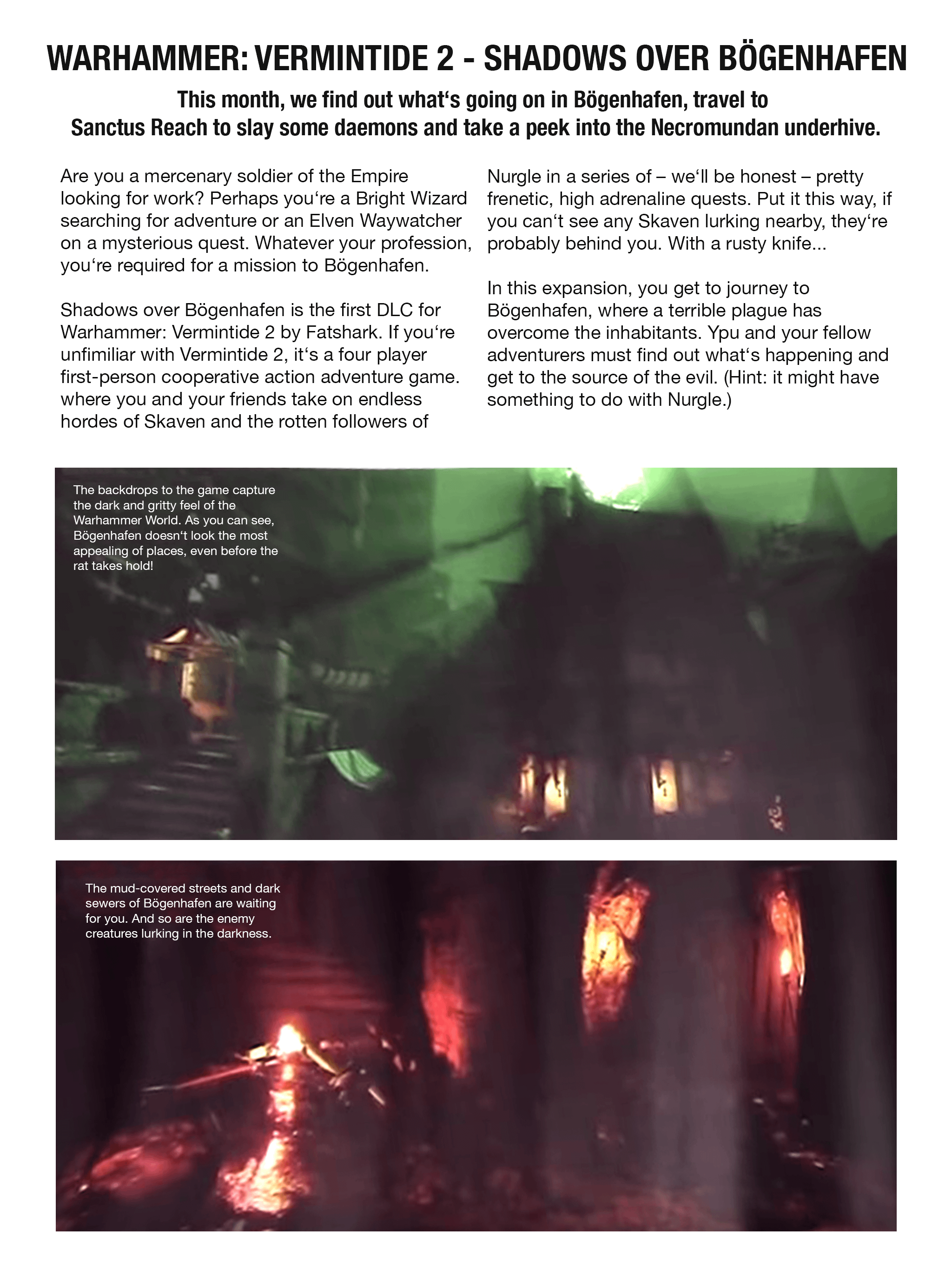 Another week goes by, another non-update to the game.

Damn man, sheit happens but after you guys realized that you wouldnt be able to deliver the DLC in time wouldnt it be better to annouce it before the magazine hit the stores? It surely would be better for your (FS) image to give ppl the news with a proper announcement than to see it spoiled like this. I dont mind the low numbers (this foruns and sub had a great feeling before V2) that the game is hitting but for FS as a company its bad. Its not really your fault personaly but truth be told this vacations (time/planning) are hurting the game bad.

We’ll have some official news on this very soon

Which means we will be reading about it on reddit, I assume?

shouldn’t have told them sh|t if you weren’t ready to go, man. well, at least we know the gist of the plot going forward i guess?