What kind of endgame rewards do you want, and how do you want to earn them?

I just wanted to make a post since there seems to be a lot of people here in the forums talking about the rewards vs time spent in the game being a bit underwhelming. Feel free to post any comments about what kind of rewards you want to see in the endgame and how it should be earned.

The reward is t have fun, action, the game itself is the reward.
Now, the most importan to me is many different maps, I don’t like to lpay the same maps over and over again.
Other kind of rewards, can be cosmetics, red weapons, weapon illusions, bonuses to talens, like increase 1% stamina or damage or ammo, etc

My own impression for the game is that at some point during playing this game, you run out of stuff to actually grind for, and it is the same for everyone who doesn’t really care for that 1% extra damage on one gear piece, I would say this is a good thing. However the way gear is actually used is similar to how many other games are, just increase your power and that’s it. What I would like to see is gear in the game as a variable in HOW you are able to play the game, weapon types fill this roll, but the passive stat sticks do not. I find the cosmetic rewards for doing different challenges in missions to be a good start to look at as a way to continue to have something to strive for upon hitting the gear cap be it cosmetics or illusions, however if you’ve played the game since release there aren’t nearly enough challenges to actually have some sort of goal with your playtime.

My suggestions: Make Gear that is viable in end-game content easier accessible to newcomers, and maybe switch track with the gear in endgame content from pure dps increases to more of: “Look at my unique build”. In addition have bragging right achievements with a cosmetic reward for each difficulty, and then some sort of bragging right achievement for the highest difficulty with some sort of quirk added to the mission, example: Complete a Mission on cataclysm difficulty with a legendary deed.

The whole fun of Vermintide isn’t grinding for gear, not even for cosmetics. The entire reason Vermintide is fun is because the endgame is the gameplay itself! Why do people want to grind for stuff anyway?! Are you so used to that nonsense in other games? Sado-masochism?! I know that this is how most games nowadays work, but grinding for power increase is, in my humble opinion, pure c@ncer on game balance. Why would anybody ever want that?! You either end up with powerful stuff making the game too easy, or the game being balanced around the powerful stuff, making grinding (or even worse: microtransactions) a requirement for endgame. No, please no, f-ck NO; let’s not have that.

If I’d have to design a reward system for this game, I’d make endgame gear (= Red level equipment) even easier accessable, while locking their weapon illusions (as well as frames, outfits, hats, banners, art, and the like) behind gameplay achievements (and as little RNG as possible as well!). I’d separate gameplay affecting stuff like weapon quality from cosmetics as much as possible. Then you can balance everything way better, and is this game about skill instead of gear quality as much as possible (as all games bloody should be I’d add).

I’m actually in favor of a levelling system wherein you earn your power and skills, and which serves as a sort of introduction to your character and the game. Those things are great! But it should essentially serve as nothing more as a lengtened tutorial of sorts. Let the endgame be the game itself, and the motivation being personal achievement and cool cosmetics as bragging rights. That’s what Vermintide is great in.

My ideal scenario would be the Athanor replacing the current weapon crafting, but making you earn your weapon illusions by doing challenges with that weapon or something. Not grindy "kill 1000 enemies kind of stuff either, but stuff like “complete every map on legend” or “knock a Gutter Runner out of the air with it”. Real milestones or skilled moves, that sort of thing.

However, the thought of something like Diablo 3 style Paragon Levels in this game is the kind of stuff I wake up at night screaming from…

Just make headpieces match body color schemes. Borderlands 2 figured this out years ago. I’m not even asking for them to add more to the pool, I just want what I have to not look so embarrassingly stupid.

Just stop hiding reds behind lvl progression and add a ton more stuff. The rate at which cosmetics are produced is rediculous. Variety is the spice of life. Hats man , bloody hats. If TF2 taught us nothing else it was that HATS will drive people to play forever for nothing.

I think removing rewards from skill levels and just rewarding gameplay with fun stuff is enough. If we are still playing at this point we are playing for the game. Drop the stupid reroll system get rid of red restrictions and just let players have fun.

Also don’t make a cool DLC content area into an excuse to grind for … ‘commendation chests’ (i.e. literal trash). Give us cosmetics, voice clips, story interactions, narrative progress, cut scenes anything other than a commendation chest.

Heartily agree. The fun of the game is in the gameplay itself. VT1 was fantastic without talents, passives, ults, or even a big upgrade system. It was fun on just its straight-up gameplay.

Cosmetics in general are nice, I’d enjoy seeing more variety in weapon skins, and of course the hats that are actually in the game files.

I don’t play for rewards, I play for entertainment. Rewards are simply a nice side-project to give me some goals and direction to mix up what I’m doing instead of just QP with my favorite character every time.

All I want is a chance to progressively work for things I don’t have yet. As the game is built now, mostly this means skins. Unfortunately it’s entirely RNG and there basically is no endgame reward and never has been, but that’s what I would want if I could get it.

You know what never upset 50% of your player base… Hats. Cheap easy to make easy to implement and not controversial.

And you know what Warhammer is FAMOUS for? Big hats.

Honestly, it’s a match made in heaven.

Did someone say hats? 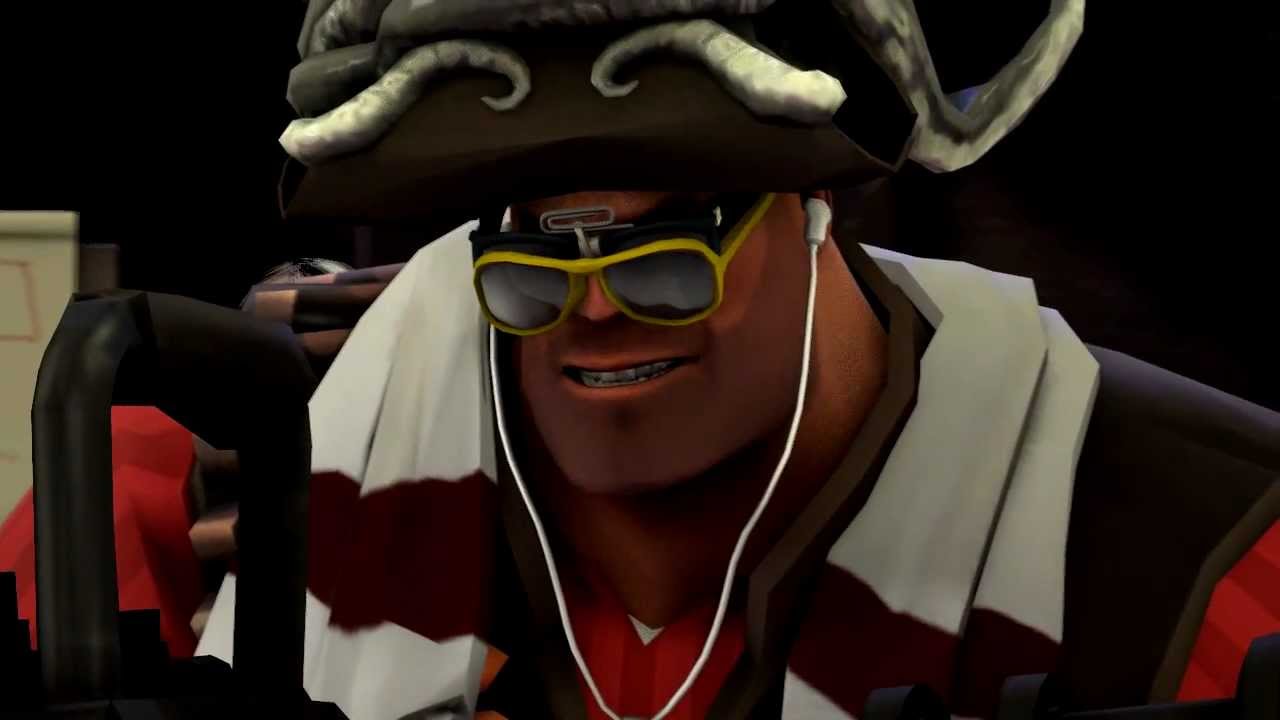 I feel like Karl Franz must be hoarding the hats. He’s a good man and all, but he’s keepin’ all the good hats to himself.

That’s heresy that is

I play for the gameplay. I play to kill rats, chaos worshippers and beastmen in different ways, burning them, poisoning them, cutting off their limbs.

But I also enjoy being rewarded for my time. Getting my red illusions, some nice new hat, etcetera. As it stands I got 740 hours nearly and still don’t have all reds, I’m missing like 10 of them. I could craft 3 more but I refuse to craft without getting an illusion for it. Reds have illusions I WANT MY ILUSION. I already bought the damn bögenhafen dlc so you managed to sell me that to get purple illusion but still I’m missing purple on a lot of weapons I could craft so it’s not helping me either. Also 100 missions for a hat that doesn’t even fit the legend armor color? Come on fatshark. And why are so many of the red illusions basically 5% work when others are like 50% work you know? Look at executioner sword and axe and falchion etc then take a look at swiftbow, hagbane and some other horrible illusions. Your artists are good we know that but you let them get away with stuff like that and then produce weave weapon skins which are SUPERB. Where are the standards? You “release” Wom with 5 new weapons and they have 0 illusions and from what I’m told those illusions are coming… IN THREE MONTHS.

At this point I feel like you do not respect me as a player and the time I put in. Every day it’s opening chests, no red or it’s a duplicate, no new illusion, no new cosmetic nothing. Just endless amounts of killing rats which I was fine with in vt1 but at least then you didn’t dangle cosmetics and illusions infront of me and then put them on some ridiculously low rng number or excessive grind. It’s insulting and I greatly dislike you for it.

Yeah 500 hours not enough reds to fill all my weapons and lets not even discuss how few damned hats i’ve got… so few… and more than many I’ll grant. (I think I have 3 cosmetic drops maybe 2 all for classes I don’t play)

Just give us the fun stuff and focus on making the game more justifiable to waste the opportunity of learning a new language on.

I think challenge in Cataclysm need some cosmetics rewards dedicated, not only portraits

Like (almost) everyone else who answered this thread, I don’t think chasing rewards is, or should be, the endgame. The fun in games is in playing them; in this case, playing with friends, trying out new ideas and playstyles, and simply getting better and overcoming things you couldn’t before. So no special rewards for the “endgame” (whatever you consider it to be) are necessary, or even appropriate.

That said, some people do like chasing rewards, even in games they like otherwise too. And of course, specific goals to work towards, even if they’re simple or don’t give significant rewards, do guide the play when you’re not sure what you want to do. So there is some demand for rewards, even in the later game. For that, more cosmetics are usually good. It doesn’t mechanically affect the game, so there’s no edge to be gained and there’s nothing really lost if you can’t get it. And yet, making your character look nice is always fun and bragging rights rewards are a thing.

Moreover, the people who can reach the highest levels already don’t need any extra rewards to proceed; they got there using the same stuff everyone else does. Personally, I have a strong dislike for the “ultimate weapons” in games for which you first have to prove you don’t actually need it.

The way to get these rewards should be through Challenges. Maybe a few with pure bragging rights (“I did FoW on Cata”), but most should include some work (“some” meaning no grinding through a thousand maps or a million enemies, but not done without effort like the Elite weeklies and dailies) and preferably something unusual or using a specific aspect of the game. Bomb kills, lit barrels, blocking hits - or dodging Specials, hitting Assassins out of their jump. Stuff like that.

Didn’t see that I wrote rewards as the endgame in itself. Also edited the part where the reward system was grind or challenges to: grind/luck and challenges. (a bit more true to the game)

Not grindy "kill 1000 enemies kind of stuff either, but stuff like “complete every map on legend”

complete every map on legend is way more grindy than kill 1000 enemies.

people play l4d to even this day. is there gear to grind in that game? nope. why cant this game be more like a grind-is-optional game :I?

i think the hero power is just dumb. in v1, i could just grab a white weapon and go do cata.