At the start of the war, the Nazi forces were interested in any way to increase their military mights, while parts were hunting any witch and magical practitioner.

While it is usually exaggerated there are some kernel of truth, where they tried to really make upgraded soldiers, way to increase the number of injured that would be able to go back to the front and such.

As the peak of the war, as the Allies were developing new technologies, the German had all hands on decks, hunting Witches to use in their armies, taking the mad scientist to develop new technologies, and using tomes of knowledges that should not have been used.

Mechanic: Mainly Melee like Vermintide but with strong ranged to deal with higher threat enemies

The Wendigo: Native Canadian.
Melee: Traditional Amerindian weapons ?
Ranged: Weapon used by the Canadian forces and some magic one too

Special:
Experimenter: Nazi soldiers using weapons made out of artefact and sacrificed witches 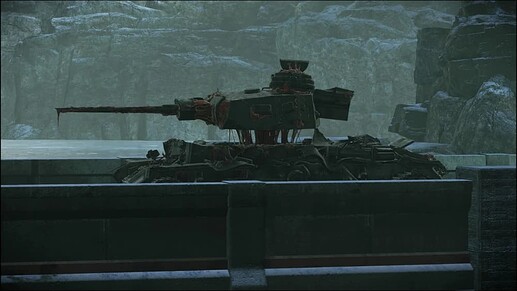 Western and Eastern front. Mostly Europe and possibly north of America, having (as many Zombie Nazi games) trenches, factories, bunkers, hospitals, but also towns and villages.

Could be cool although it looks to me like the gameplay would be but a version of Darktide. Still, it could be cool and fun.

It’s the difficulty, like a Tide game will always be somewhat similar to another