I found some new Information on the Crafting System in the new Marketing Video: 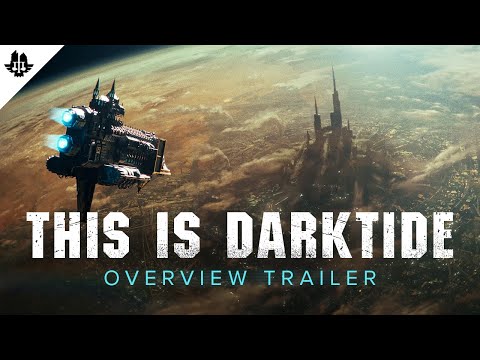 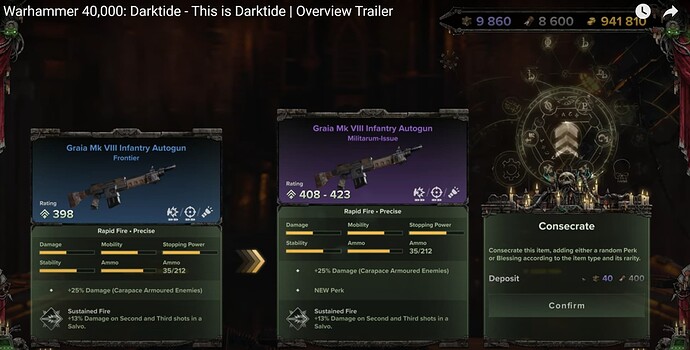 So its an Upgrade system so far.
I had hoped for some more Customization like changing the Altfire modes by switching between Flashlights and Bayonets and a Attachment system to add Reflex sights or scopes to our Weapons. Maybe even alter Fire modes or change the Shot intensity of Lasguns. Bigger Magazines for Autoguns or even alternate Ammo types like Explosive, Hollow Points and Armor Piercing.

EDIT:
In started some research about the Infos we got about the Customization beforehand.
There is an Interview on PCGamer where Victor Magnuson seems to state:

“The loot system in general is substantially different. You’ll still get some random gear as in Vermintide 2, but you can also buy weapons from an in-game shop (with earned currency—only cosmetic stuff will be available for real cash), or set a “contract” on a weapon you want and then earn it through a progression system. Then there’s a whole customization system with crafting materials, so you can take an upgrade—say, +5% crit rate—off one weapon and attach it to another.”
Hands-on: Warhammer 40K: Darktide absolutely rules | PC Gamer

So we got on the Screenshot “Earn Blessing” which seems to be the ““contract” on a weapon” - on second read i think here he referred to Sir Lelek and the Contracts and the “Refine” could be the “take an upgrade off one weapon and attach it to another.”.
Its cool but as i said i hope we get some sort of Sight/Scope Customization.

This looks like it might be worse then V2’s crafting system, and that one is not exactly good.

The real question is how the currency is earned. If the plasteel or whatever it was called during the closed beta still not shared accross the party like pilgrim coins in chaos wastes were, this’ll be toxic as hell. You can bet your ass people are going to rush to boxes and ruin many runs lol

what it is NOT shared ?
like you say this will curse a lot of isures >_< this NEED’S to be Shared come one fat shark

We don’t know yet. At least in the closed beta it wasn’t when a couple of friends and I did some test runs.

Nah this is not relevant. What to do with it is more important.
As far as i saw it the resource pickups were already shared during closed beta but the tracking for the weekly was not. And this seems already be addressed with things like Kill quests or taking out tomes/grims per mission.

And this seems already be addressed with things like Kill quests or taking out tomes/grims per mission.

Is it though? Until recently grims only counted when you yourself picked them up. Scriptures worked fine but grims didn’t. Was that fixed with yesterdays patch?

Do we know if crafting materials/dockets are gonna be account or character based?

I bet its character based but you can test it now for yourself as the crafting was just unlocked.