I’ve tried TA on RV a few times on champion and legend, and I like them a lot. They deal a lot of damage and have a good stagger (at least against berserkers), so it feels good. They closely compete with a handgun (high single target dmg) with obvious differences in reload speed, “clip” size, sniping, projectile speed or ammo concerns.

I really like that axes on the ground have a large hitbox (not like most story objects in the game), making retrieving them a lot easier than grabbing a cannonball. I would only suggest to make hitbox detection a bit faster, so you could grab an axe while running over it without stopping.

Other suggestion, expressed a lot during the beta, is to change reloading mechanic to that of Dual Pistols. I know that TA have infinite ammo, so there need to be a drawback, but they are already a high-skill weapon with how hard it is to hit a moving target, land a headshot or snipe anything at range (and no cleave to kill specials in crowd).

I’m not fond of them, as they are basically an infinite ammo weapon.
I’d make their “clip size” higher, say, 5, if not for anything else, to make their “reloading” slower.
But I’ll also make it so you would bother with getting a few back instead of just hitting R.
Sure, picking them up is a bother, but infinite ammo is just as bad. Maybe you could get them back as normal ammo?

Other concern - expecially being something many players just spam - is the crazy high amount of friendly fire they do.

Slayers have been known to throw their weapons in lore, I think they merely don’t use pure-ranged weapons like handguns, crossbows etc.

Back to the game, I don’t think they should reload like the brace of pistols or they’ll be too good. People would just spam reload one axe to immediately reuse and picking them up would get ignored. I would be in favour of a one-tap reload though, as in you hit R once and then the reload continues as it does now (unless interrupted). And making the axes a bit easier to pick up when you’re standing on top of them (like not having to aim directly at them).

Yes, I meant one tap reload, unless interupted or canceled.

To my knowledge, there is nothing in the Slayer oath that specifies weapons.

—Gotrek Gurnisson, swearing upon the Oath of the Slayer.[2a] https://warhammerfantasy.fandom.com/wiki/Slayers#fn_2a

Is from a Wiki, says nothing about weapons. In lore you find that the Greataxe with 2 blades is the Runesymbol of Grimnir and as such the favoured weapon of Slayers. But a Slayer may use nearly anything to kill their enemies.

Following Quote is from the Story: Slayer´s Honour by Nathan Long Gotrek and Felix - The Anthology:

" „Agnar pushed off the wall and stepped again in front of Gotrek, blocking the way to the balcony. ‘Why did you attack the orcs just now, when there was a troll before you?’ He asked. ‘A true slayer should attack the most dangerous foe.’
‘I killed the orcs to distract the troll with their meat,’ said Gotrek, with surprising restraint. ‘It made it easier to kill. Now let me by.’
‘Easier to kill?’ Agnar shook with rage. ‘Easier to kill? A slayer does not make his enemies easier to kill!’
‘For Sigmar’s sake, lower your voice!’ said Felix. Nobody paid him any attention.
‘Does he not?’ asked Gotrek. ‘Why do you carry that axe?’ Agnar blinked, confused. ‘If you wanted to make your enemies harder to kill,’ said Gotrek. ‘You would attack them unarmed, yet you don’t.’ ‘
An axe is a Slayer’s weapon!’ said Agnar. ‘It is tradition. That’s not the same as–’
‘ Grimnir asks of us that we fight our enemies with all our skill and strength, ’ said Gotrek. ‘ Anything less is suicide, which he disdains. Do you think he means us not to use our strength of mind? I fight with all the strength I possess.’“"

Which for me is a sensible approach to being a Slayer, since being a Slayer is not simply seeking suicide to redeem yourself, something that many people seem to forget.
Apart from that, I think the Slayer itself is not well executed by GW, since they need massive amounts of Plotarmor to survive any amount of time, but well that falls under personal opinion.

BTW does the lore explain where do the mohawks come from, considering many if not most dwarves are bald?

BTW does the lore explain where do the mohawks come from, considering many if not most dwarves are bald?

In the Lore it says that Grimnir shaved his head execept for the Mohawk when he began his track into the North to close the Chaos gate.

“He shaved his head, except for a crest that he dyed orange and spiked with animal fat, and tattooed his body with elaborate patterns that incorporated his personal rune. Dishonoured Dwarfs entering the Slayer cult follow the same ritual today.[1a]” 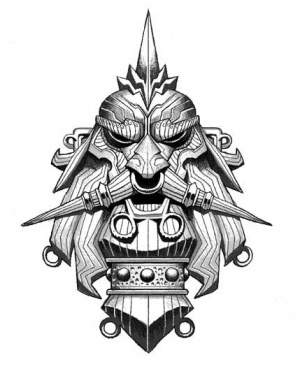 A warrior God, Grimnir the Fearless personifies the courageous nature of the Dwarfs. He is especially popular amongst the Cult of the Slayers, who revere him as the Slayer God. The brother of Grungni and joint husband of Valaya, Grimnir is the patron...

I do not know where you got the information that most dwarves are bald? In Warhammer I know only of Bardin that is bald and one other Slayer that lost all of his hair due to Skaven-Posion.
I always found it odd that Bardin has a classical “Male-Pattern-Baldness” and even more odd, that his standart Mohawk as a SLayer does not adress this

I remember different versions of first slayer story. In the 6th edition Dwarves rulebook it was about a redhead dwarf prince killed in an ambush by a troll and his bodyguard dyeing his hair in the prince’s honour before hunting the beast. Different version was in the War of Vengeance novels, with first Dragon Slayers emerging during conflict with High Elves. But yeah, all of it can be traced back to Grimnir, their patron god. Can’t say, if he always had that mohawk, or was it retconned lately.

Wasn’t there something in their oath forbidding them from using ranged weapons ever?

Gotrek let his loose a few times you know and his axe is pretty powerful. So I say us throwing ours isn’t that much of an immersion shattering experience. I can’t remember how that conclusion happened but I believe in one of the stories he had to throw his axe at Felix who then dodged it and it sliced into the big bad of that novel who was manipulating them. Or maybe that played out differently. It’s been awhile since I’ve read/re-read the novels. Onto the game:

but infinite ammo is just as bad. Maybe you could get them back as normal ammo?

RV already has unlimited ammo. You’d be hard pressed to run out of crossbow bolts with two of his talent tree and you get free infinite bombs. No other job gets that kind of firepower on top of crossbows improved boss killing ability. Throwing axes are just fine. No cleave, hard to snipe, obscene levels of skill necessary to get a headshot on a moving target with their speed, 3 shots, and a delay to reload on top of being unable to handle specials rampaging through a horde (or elites for that matter).
They’re niche at best but have a fun value regardless of that niche existence. More often than not you’re not reloading them during a horde or a patrol once the brawl starts and hanging back is a total reduction in overall damage you’d be doing with another weapon or something ranged. If Slayers jump wasn’t guttered, I’d say they’d have no place with it. Fancy that change happening them.
Again they’re fun at least. So that’s a pretty big point in their favor. Just requires disproportionate levels of skill to other ranged alternatives to get any kind of mileage out of them.