I stumbled upon this video that really breaks down live service games, their tactics, how terrible they are, etc, and this released around 11 days before the pre-order beta for Darktide.

Almost every point he makes here is present in Darktide, which I think is super interesting - if anything for how it shows that Fatshark really did try to fall down this absolute low hanging fruit of an anti-consumer product system. All in favour of being able to make more money for less work - at our, the consumer’s expense. Unless they fundamentally change how the game operates, as in, they actively say they’re removing the live service concept, will continue to fall into the pitfalls these games have. It’s honestly shameful, and my good will for this company is long-gone now. It would take a miracle for me to even consider looking at any of their future games. 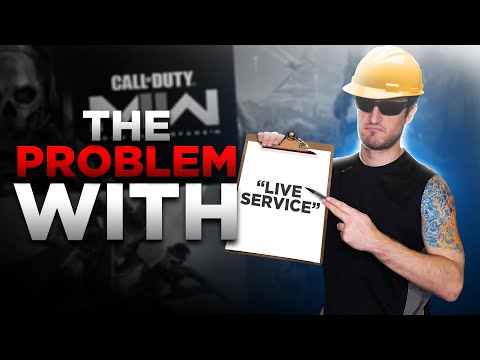 2/10 bait, almost got me mildly irritated.

Good video, ActMan is The Man when it comes to bashing current state of “Modern Gaming”, which is the shittiest state gaming industry ever was.

Live service does mitigate risk of a game failing. It’s a pretty massive crutch.
On the bright side it means Darktide is guaranteed to get better, in the future when it’s ready. On the negative side it does reward bad actors, and stresses the hell out of the player base. He mentions being a game dev is way easier now than in the past. And if that’s true, than I really can’t figure out why devs these days need this massive crutch, and take so long to develop even though they have the whole player base of information at their fingertips. Maybe I just don’t have the perspective on creating a game, i’m sure it does speed up the process significantly. Btw Elden ring is not a good example compared to live service multiplayer games, because multiplayer games in general will have more active and returning players anyways due to their replay-ability. The cosmetic shop does not help them either from standing out to the other live service predatory monetization games. But I still don’t feel live service is a terrible thing as long as the player-base isn’t getting milked for every update along the way. I played and quit a bunch of gacha games, and those are pretty awful live service comparison.

Where’s the guarantee? Anthem wasn’t guaranteed to get better, marvel avengers is getting it’s plug pulled… All these botched live service games just get killed earlier, instead “guaranteed” to be fixed

If the game doesn’t make enough money, it’ll get switched off and you’ll never be able to play it again.

That’s the only guarantee that comes with a game using the live service model.

Depends on how they listen to their player base, it takes a complete fool to botch that up when you have so many testers to listen to. Of course you can’t be certain about anything these days I guess smh. This still gives games a better chance instead of being something no one asked for.

Plus we have vermintide 2 as evidence of 4 years of support.

That said, this game seriously needs a soft relaunch if it is to recover its squandered potential and lost player base.

It needs something big and compelling, like a new enemy faction, or a new game mode, or pvpve, because I just can’t see people returning in any real numbers even if they do every single one of the community’s suggested fixes.

Fatshark should take notes from Creative Assembly, they managed to pull off a very impressive soft relaunch with Immortal Empires, and the gameplay of the core game before that was actually far worse than the current core gameplay of Darktide.