Long time lurker here, I’ve noticed that lots of folks have been talking about potential classes and archetypes that may be added to Darktide in the future. So, instead of doing something productive with my time, I decided to draft up a potential Xenos class that I think would be a fine addition to Darktides ecosystem. Of course, having filthy aliens among our beloved Inquisition is kind of a hard sell, but I think if the devs were to do something along these lines, they could easily write up an explanation that would fit within the lore. After all, some radical inquisitors within 40k use Xenos agents all the time.

I didn’t go super deep into creating this class; frankly, coming up with balanced and interesting feats was much more difficult than I thought. For the most part, it’s more of an outline for what I believe a Tau class could look like. Feel free to propose feat ideas! Feedback is encouraged and much appreciated!

Bio: To the Fire Caste warriors of the Tau Empire, war is an art form – a discipline to be studied and applied. From birth, they are drilled on everything from following orders to military tactics, and combat skills. But some simply do not have the stomach for the carnage of the battlefield. As such, some Fire Caste, knowing they cannot hope to endure the horrors of war, desert their comrades, hoping to find a better, more peaceful life away from the Tau Empire. Unfortunately for these misguided Tau’, war is all there is among the cosmos of the 41st Millenium, and the Imperial Inquisition has found use in Xenos operatives.

Gameplay Philosophy: The Tau are woefully underrepresented in nearly all non-tabletop 40k media, meaning that their first real introduction to a 40k video game has to come in with a bang, literally. The Fire Caste Deserter class specializes in high-octane explosive specialist gameplay, meaning they are excellent at dealing with hordes and ranged enemies but suffer when dealing with armor, melee fights, and monstrosities.

Some of their weapon choices can mitigate this weakness but in order for a Fire Caste Deserter to truly shine on the battlefield, they must position themselves well and always be on the lookout for threats they cannot deal with.

Iconic ability (Airbursting Fragmentation Projector): An experimental weapon developed by the T’au Empire during the Third Sphere Expansion. The weapon operates by firing a proximity-fused explosive projectile on a trajectory computed by a simple onboard drone intelligence within the warhead itself. How the Inquisition got its hands on this piece of tech is unknown, and it may be best to keep it that way.

When activated, the Fire Caste Deserter pulls this weapon from their back holster (a staple part of its cosmetic appearance) and readies it to be fired. From the barrel of the weapon, a trajectory calculator will be shown in the form of a bright green arc that shows the player where the fired missile will land. This weapon can only be fired once before going on cooldown, but the player who uses this ability can hold the weapon for as long as they want without firing and can cancel the ability without firing if they so choose, which refunds the cooldown duration.

When fired, the explosive follows the arc shown before firing and explodes on impact, dealing large damage over a wide area to unarmored enemies and stunning everything that doesn’t immediately die. This explosive has no armor penetration whatsoever, making it poor at dealing with flak and carapaced armored enemies, however, the sheer impact of the explosion will still deal solid damage and stun anything that is caught in the blast radius.

Blitz (EMP Grenade): A staple of the Tau Empire, the EMP Grenade emits a strong electromagnetic pulse in a large radius that, while it does not physically damage foes, wreaks havoc on the various electronics that are ever present in the 41st Millenium.

When detonated, the EMP Grenade disables all electronics in the blast radius, which in Darktide, equates to disabling the various firearms that the heretics utilize in their war against the Imperium.

To be more specific, the Tau EMP Grenade disables all lasguns and firearms in the blast radius, meaning a good Deserter player can shut down entire squads of heretic guardsmen for just long enough to buy their team much-needed time to deal with the traitorous dogs. Additionally, the EMP Grenade wreaks havoc on enemy cybernetics, which in the case of the Reaper Ogryn, causes their eye implant to malfunction, significantly reducing their accuracy.

Some Fire Caste Deserter feats can enhance this grenade, giving it the ability to overload and explode enemy lasguns, either killing them outright or forcing them to adopt melee stances. Additionally, a capstone feat gives the EMP Grenade a chance to short-circuit the Reaper Ogryns eye implant, causing their heads to explode similar in fashion to a Psyker Brain Burst.

Latent Passive #1 (Mont’ka Tactics): The Fire Caste Deserter utilizes the ancient Tau tactic of Mont’ka, meaning ‘the killing blow’. The most aggressive style of T’au warfare, its tenet is all about the art of identifying a target of opportunity and attacking it swiftly. There are many famous variants of the Mont’ka, with most revolving around rapid strikes with a mobile force and taking the fight directly to the foe.

This passive ability gives the Tau Deserter a stacking 5% reload speed bonus on every ranged kill, stacking up to 3 times and lasting 4 seconds per stack. Stacks degenerate one at a time instead of all at once and reset upon death.

Certain feats can enhance this passive, such as allowing for 6 stacks of Mont’ka Tactics instead of 3 or allowing Tau Deserters that want to take a more supportive role to bestow the reload speed onto allies in coherency range, albeit at a smaller buff (the working number is 3% reload speed bonus per stack)

Latent Passive #2 (Always Ready): The Fire Caste warriors are shown from birth how to keep their weapons in peak condition and are taught the value of always being prepared for a fight. As such, the Fire Caste Deserter has taken these lessons and applied them to their new conflict with the forces of Chaos.

This passive removes the weapon switch grace period for all weapons for the Fire Caste Deserter, meaning that their ranged weapons are ready to fire as soon as they pull them out.

This passive can be enhanced by giving the Fire Caste Deserter a reload drone which, after a 5-second duration, reloads the currently unequipped ranged weapon automatically, allowing the Tau soldier to keep firing for as long as they want.

Due to this newfound purpose, the Fire Caste Deserter wishes to aid its new comrades in any way possible, which it does through sheer firepower on the battlefield, and stay alive long enough to celebrate inevitable victory.

This passive enhances the Blitz abilities of all allies in coherency range, leading to a 10% buff to each Blitz abilities strength, for example, a Zealot Preachers stun grenade will gain a 10% longer stun duration, and the Ogryn, Veteran, and Psyker’s grenades and Brain Burst gain more damage.

I’m not super familiar with the T’au so any feedback for this would be much appreciated, especially when it comes to possible weaponry and feats. Thanks for reading!

As much as that would be pretty cool, this would probably not be the right game for that.

As a faithful servant of the emperor, I’d yeeet any xenos on the team off a ledge with the yellow barrel.

The real question is, whats more important? Being faithful to the Emprah, or to your inquisitor master?

Suffer not the xeno to live. 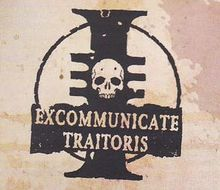 The Emperor, any other would be Heresy of the highest order (See Goge_Vandire Heresy, Age of Apostasy)