Hi FatShark Developers. A suggestion - I think it would be real nice to be able to select/save the class for each bot character in the Hero Selection menu, or in Options (where bot priority is already a feature).

I’m not one to remember the character/class I last played (as I swap often). The way it works now, I may host a mission and some players may end up dc’ing, then they’re replaced with the bot of the last class I chose to play as, which may not be ideal. It’s a tad annoying having to hop around on each character and ensure they’re set to the ones you want, and often times it’s difficult to do so when your lobby is full and you forget to change your bots prior to everyone joining. Not all bots perform equally, and I do prefer to run the more durable classes for bots to compensate for their artificial “intelligence”.

This doesn’t really affect my gameplay and lobbies tend to fill up fast with humans anyway, but it’s usually those critical moments when someone leaves/dc’s and the bot is replaced by a squishy class in the middle of a horde and then explodes instantly.

You might want to try a mod called Loadout Manager. It has option to save loadouts for bots and should be in the game by default.
Here it is: 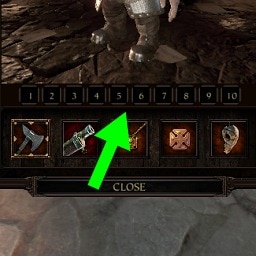 Unless you’re a console player, then there’s nothing I can help with

Thanks! I’m on PC, so I’ll give that a shot and see how it works. I do kind of wish it was in the game by default, as I generally don’t install mods unless there are some major QoL things missing. This isn’t an overly big issue for me, but I thought I’d mention as a “nice to have” kind of thing.

You might want to try a mod called Loadout Manager. It has option to save loadouts for bots and should be in the game by default.

Personally, I use the very minimum of mods. Which is impossible to do without, this is my rule. I do not want the mod to cause bugs / crashes after the next patch.

Therefore, if a feature from any mod is useful, it should be in the main game.

The Developers promised to do this a long time ago. And something is transferred, but slowly.

Mods have given very big QOL improvements to this game and there are quite a few that IMO should have been integrated into the base game. I understand why FS doesn’t because of time and resources and if the problem is already solved why fix it but still… Add them to base game or at the very least add them in an expansion or to darktide. compinsate the creaters of the mods or at the very least let them have something to put on their resumes. Just my 2cents

I still think FS is a great group of people and am a big fan of their work… (obvious by my time played x.x)