Now that we kinda know we won’t have a new character, except if Fatshark does some kind of crowdfund because it will be too costly to them. Here’s an idea for Sienna’s 4th Career.

But first, some backgrounds about Winds of Magic.
Humans usually can’t master 2 winds of magic at the same time.
From the rpg books : "“Teclis realised that the minds of men were inadequate to master more than a single lore…”
But Sienna fortunately have an elf ancestor in her bloodline, therefore… No I’m joking there =p

The real question you have to ask is “Why can’t they ? Is that an impossibility ?”.

And the longer answer seems to be that it’s not impossible, but it create hazards.
Humans practitioner of several winds will inevitably “fumble” their cast, and produce Dark Magic (Dhar) instead or become kinda mad, or both.
As Sienna is already a bit mad, and she already fled colleges of magic (because she hate academics even thoses Chamon disciples, she wants to experiment), we can be sure that this “could” be a path that she “could” use if she found some others affinity with another wind, even if her bound with Aqshy seems very strong.

In terms of Gameplay, it could be great but dangerous to channel Chamon energies, as she would be able to petrify ennemies for mere seconds (that’s what a gold apprentice mostly does, and the mastering allow the transmutation to last longer). And also probably to rust armor(ed ennemies). Or to buff allies weapons (with some sort of glow).

We could have some sort of support/control Sienna but with a drawback.
As it’s dangerous to use thoses type of magic. Each time she channels too much, she will mostly create some sort of damage for her in the form of a tornado of black magic, but also around her. Think “heat system” but with friendly fire if she’s not positionned well.

In terms of cosmetics, Chamon disciples tends to use gold masks, therefore it’s pretty easy to create interestings and differents “hats”/“masks” for her.

She could use a bit of equivalent weapons she already have but without “dotting” the enemy with fire, but rather slowling them or petrify them if they take too much effect from its weapons. The fireball alternative though, would mostly cast a charged metal ball instead, which will likely go less far but damage more in a small zone.

Are there precedences for this? Because I have troubles imagening that no other mage ever was slightly mad and tried to learn a second wind. The drawback has the be quite a bit larger then just producing Dark Magic or becoming kinda mad. We are not talking about “aggression problems” like Sienna. We are talking about “instantly killing my own team mates for fun and giggles, no questions asked and then suiciding myself” level of madness. A human learning a second kind of wind would level Sienna directly to legendary hero as no other human managed this before.
There is also the problem of the time needed to learn a new wind especially if you are not going to college or not having a mentor. Sienna “learned” Aqshy for her whole life in different forms. However, learning a completely new wind in a matter of a few years or even months?

That aside you would have another point to discuss. Why would she forget how to use the winds of Aqshy. Because either she can do both and her new career can do both at the same time or she has forgotten the other one. You could explain this maybe with the staves. Then again she uses fire in her weapons, in her active skill and her range. So you would most likely end up with a mixed mage.

But let us ask people who actually know the lore, what they think about a human learning a second wind.

In the rpg yes. But thoses are indeed for mages out of colleges. And this produces dark magic kinda inevitably.

This question was also asked on total war forums and came with the same answers :
https://forums.totalwar.com/discussion/222470/humans-the-winds-of-magic-lore-question

She doesn’t forget the old way (I actually didn’t say she did). So maybe she could indeed switch between both. And she isn’t mastering it at all. It takes a long time to ‘master’ a wind (Therefore the short petrification or temporary buffs, a chamon disciple who masters it can do much more, petrification can last years, or they can rearrange a lot of things to their liking for a good amount of time).

But you could think that she tries to restrict herself from usings 2 winds ‘at the same time’ to reduce the instability.

More about the dhar here : https://warhammerfantasy.fandom.com/wiki/Dhar

You can also read the ‘hedge magic’ part of the warhammer wiki there : https://warhammerfantasy.fandom.com/wiki/Hedge_Wizard

The drawback has the be quite a bit larger then just producing Dark Magic or becoming kinda mad.

Yeah because you know they’re usually killed by witch hunters (which is kinda why saltz encountered sienna in the first place).
They also usually lose control of their magic (dhar does not necessarly kill you but can corrupt you)

A human learning a second kind of wind would level Sienna directly to legendary hero as no other human managed this before. 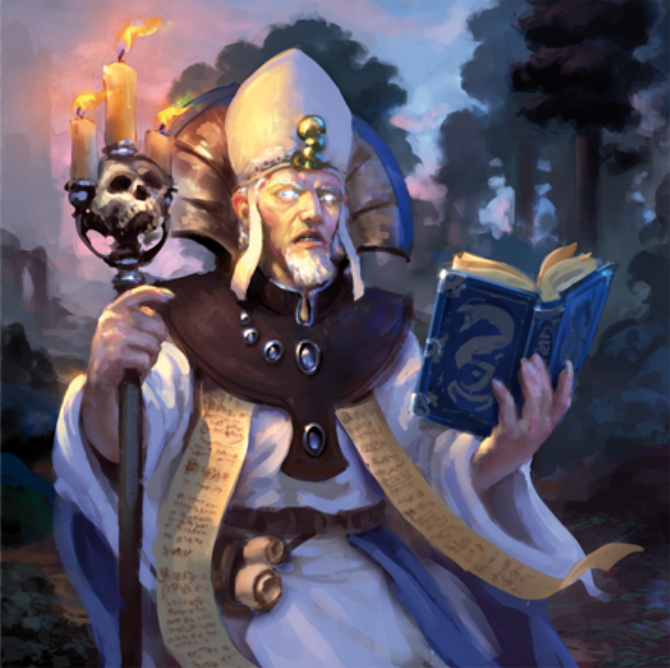 Volans was the first Magister of the Light Order and the first Supreme Patriarch of all the Colleges of Magic. When Teclis called together all renegade magic users in the Empire, Volans was by far the most educated, skilled, and powerful to answer...

Volans can see all winds of magic (not only 2 of them, seeing multiple winds happens to a lot of skilled wizards). Being able to manipulate them though is another thing.
Notice that he did try though (but with all winds not ‘one more’), and he stopped to avoid corruption.

Sienna can’t dream of having the powers of a masterful chamon apprentice but she can probably experiment a bit, even if it’s not safe.

But let us ask people who actually know the lore

It happens that I kinda play the rpg for years (with the first editions). So I’m actually one of thoses people.

This is a cool idea, would be awesome to have a kind of mixed gold/ red sienna.

Curios about the implementation but it could be accomplished with a dual staff set up.

Dual ranged would be very difficult. In highest difficulties, you can’t really stay ranged ‘forever’ you need to ‘block’ somehow

Yeah you would really have to rely on your team or maybe staves would have to change to be melee, it doesnt make sense that you cant block with a long ass pole, more even a long magic pole lol.

Dual ranged would be very difficult. In highest difficulties, you can’t really stay ranged ‘forever’ you need to ‘block’ somehow

If I understood correctly the “new” sword and shield for the GK has smth like weapon stances, so you switch between Greatsword and Sword and Shield on the fly, maybe you could create staffs with this effect too, just with a ranged and melee stance. I could imagine a Chamon staff turning into a strong melee weapon. Maybe even some sort of active “friendly fire” effect that instead of causing team mates to get dmg, you buff em with shields or stronger attacks when you “attack” em directly. But as much as I like your idea with the Chamon mage, i think it really should be another character. It could feel real different to have some sort of Buff/CC mage and i think the “character” of Chamon that should be logical and experimentating doesn’t really fit siennas impulsive aggressive nature.

But as much as I like your idea with the Chamon mage, i think it really should be another character. It could feel real different to have some sort of Buff/CC mage and i think the “character” of Chamon that should be logical and experimentating doesn’t really fit siennas impulsive aggressive nature.

Yeah I do know that, but they repeated again that’s it was not practical at all : Too costly for them and for us as a result for a DLC.
Now, let’s be honest, a 4th career for sienna with, again, a fire mage, would be a bit too stretched, so they have to explore thoses kinds of experimentations (and it kinda fit sienna which kinda left her college because she did’nt like thoses kind of limits so she “likes” to experiment even if she is not a “cold calculator” even if she did disguise a lot as a “calm” Sienna back in the college)

We could do it, but it would take ages, and cost a fortune to make, and as such we’d ask for more than anyone would pay, just to even attempt to break even.
Adding a new hero is so much more than just the hero, but every interaction any of the U5 have with that hero, across all maps, careers, etc. Yuge. 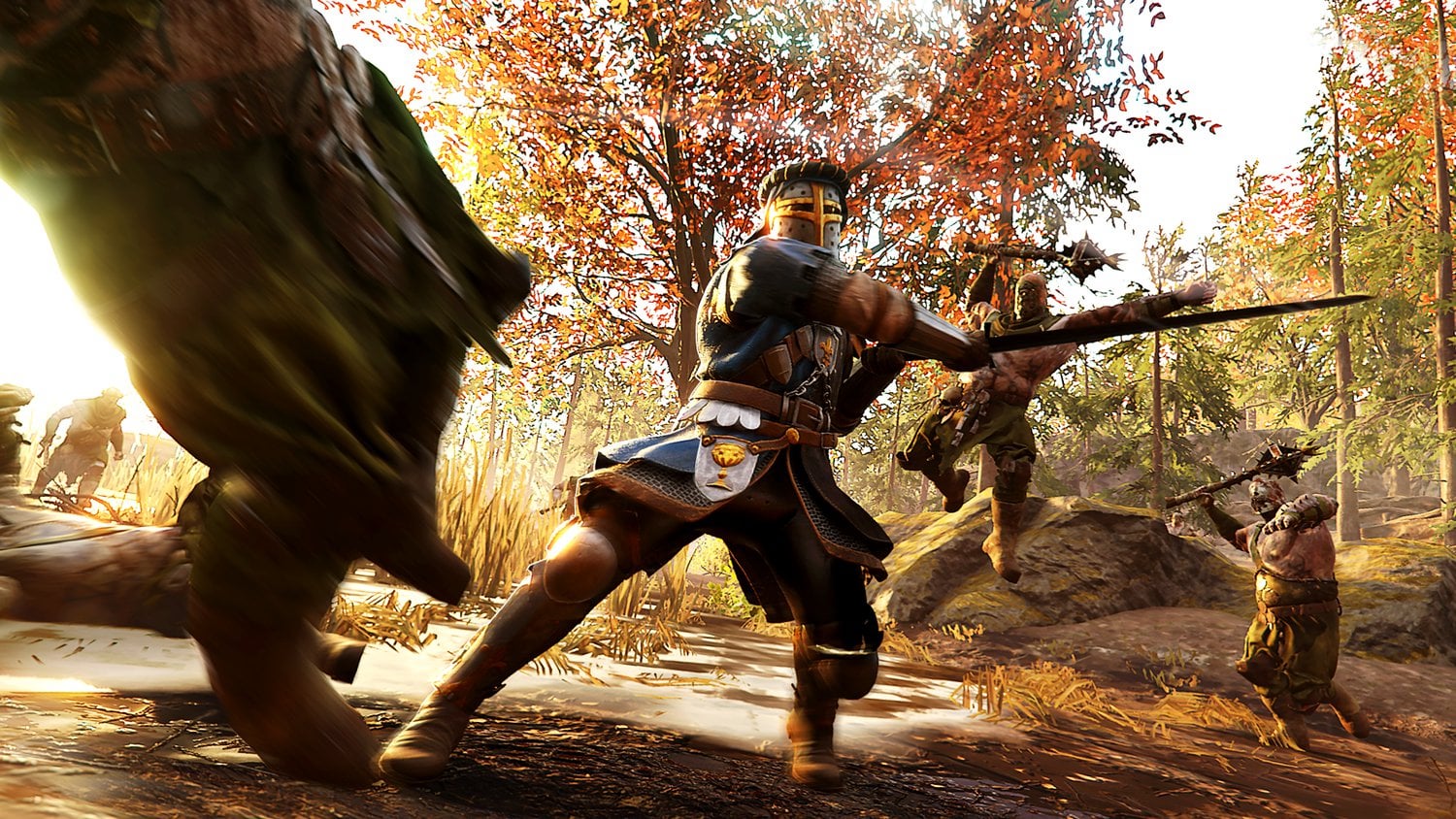 Yes I understand that under the circumstances it is the most obvious solution. But honestly, I would have preferred to spend more on a new character. The 5 new classes together will also cost a minimum of ~15€, max ~50€ if it stays at 10€ for the “Deluxe package”. That’s more than the whole basic game costs, how much can a new character cost that “only” needs 3 classes? but this is a topic that does not belong here and I have already complained enough the last days…

On another matter. The fact that she now have a “Hedge Wizard’s Garb” as a newly added skin could be a hint that she will probably “try” another wind at some time (Or it could be totally random, and therefore not a hint at all).