Anyone else feel like this is OP? For one thing, why exactly do these dual weapons give a HIGHER dodge distance than either weapon alone??? Makes no sense. Dual hammers and dual mace/sword both have LESS dodge distance but for some reason its the opposite here. I feel like FS needs to nerf that and maybe the push atk a little. It is never fun to have so much power creep in a new weapon that it makes previous weapon choices useless. The whole point to adding a new weapon is to ADD options rather than simply changing your options. So the falchion and axe need their own niche uses separately. At the very least, there should be more of a cost involved in using dual weapons like that. And what I mean is, a LOWER dodge distance than the falchion and axe. And also, 6 dodge count?? Ugh

Legend gameplay: Axe/Falc + BoP, Music ON, Ignore your team, rush and kill everything.

Be aware you might die in the process but its so much fun.

Dual weapons like these should work like the Sword & Dagger. That weapon has lower dmg on every attack then the single weapon would.
Also the good overhead attacks could be put on 2nd charged or should drop in dmg as well.

And at last, the entire attack pattern is way too good in comparison to most other weapons. Now it is possible to overhaul all others to that lvl but that would mean insane power creep. I also like that there is a skill in knowing your weapon instead of just W+ M1.
Again the Sword & Dagger has two good cc attacks followed by a weak dagger and a stab. Something like this has to happen to every single dual weapon in my opinion.

Now it is possible to overhaul all others to that lvl

It would be very called for on some weapons. 1h hammer light attack pattern doesn’t need the backhand upward and downward swings. Sienna’s mace doesn’t need the essentially same attack pattern on lights and charged.
You totally nipped it in the bud: The reason why the new dual weapons tend to be so strong is because of their absolutely favourable attack patterns, there is simply no nonsense and nothing flashy about them. I do think an overhaul in some weapons is more than called for. Dual hammers make 1h hammer obsolete because light attack sweap-chain requires no cancelling or anything, not “push attack, light, light” spamming to use the sweaps like 1h hammer does, for example. Axe and falchion also allows to pretty much use your entire arsenal of moves kinda like a “fire selector”. You can easily access 3 falchion swings in a row by push attacking and following with two light attacks, which can generate insane ammounts of temp health from hordes, or you can pretty much select to only use the axe from the chain and then cancel if you so wish to do.

I’ve been calling for a nerf of the axe/falchion since the dlc got released. But what’s more baffling however is the fact that FS nerfed Kruber’s Mace and sword because it was deemed too “powerful” while Saltz was left with a weapon that could and still can shred entire patrols with nothing more then button smashing, especially if you use it together with the zealot class, oh boy… Now that is what you call OP

IMO all they need to nerf is the heavy attack. Instead of making the damage for both weapons be identical they should calculate damage separately for both weapons the same way light attacks have different properties. Chained heavy attacks are way too effective and the second attack animation looks silly to boot. If you gave saltz two flashlights it would look like he was directing traffic.

Also, the heavy attack should simply deal less damage. I mean, 1h axe charged attacks are more damaging because the hero uses both hands (even though that’s pretty unrealistic because there’s little reason why using both hands on a weapon designed for one-handed wielding should increase it’s damage, but for the sake of consistency, let’s just roll with it), so “logically”, the charged attacks should do alot less damage on faxion.

Yes it’s absolutely OP. It hits all breakpoints without gear (1800 on target dummy for Fanatics), it has armor penetration, it has bonus headshot damage, it has great cleave and it has great attack speed, adequate stamina, great mobility and decent dodges. It has no flaws whatsoever. And that’s all BEFORE Zealot’s damage boost.

I feel bad whenever I use it because it feels like cheating compared to other careers.

Legend gameplay: Axe/Falc + BoP, Music ON, Ignore your team, rush and kill everything.

Be aware you might die in the process but its so much fun.

Pretty much sums it up. You can pretty much solo the game with this. BoP with the Crit Bonus 1shots any Special or Elites, so it kind of makes roles pointless.

Those weapons being usable on the tankiest Career in the game is really OP.

It also makes BH even more broken than it was before.

He reminds me of the Tasmanian devil from looney toons lol. Run through smacking everything that moves, PEW PEW boss with my build and 60-70% of his HP is gone in 3 seconds. 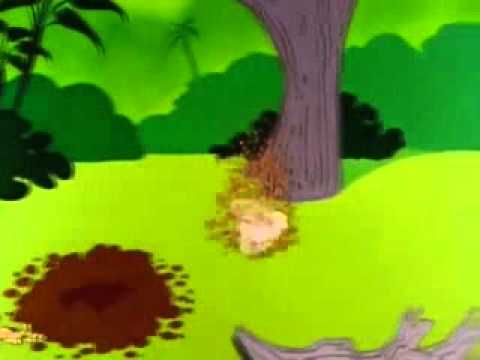 How About : I nerf your favorite weapon ? but it’s even weirder if you play with that weapon and want it to be nerfed because it’s too good ?

Some people know they’re cheesing it, but they also can’t bring themselves to not use the strongest option. Wierd, but that’s the way it is sometimes.

If the weapon is broken even on the saltz career that has no melee buffs (and it is), it clearly needs attention.

It’s not broken, leave the weapons alone , and mind your own weapons

I’m serious man, The weapons is fun asf, ain’t nothing broken about it .

Your opinion doesn’t seem to be shared, so when an opposing opinion is presented you want the thread to be closed? Seems legit…

It’s obvious the weapon excels in too many areas. But I am not surprised it came out this way, people mainly bought the DLC for the weapons not the lazy rehashed maps. When everyone around you is wrecking everything with DLC weapons you want in on the fun. Fine, they got their cash, time to put this weapon in a more balanced state.

We don’t close topics on request or because someone doesn’t agree with an OP.

It out preforms even on WHC. I use to run Rapier for the heavy head shot kills, but their’s no point now. A&F does the job just as good, actually better. And you don’t have to actually aim, just spam heavies on a CW and watch it go down. You can actually take care of an entire CW patrol with your ULT stunning them for a few seconds, normally enough time to take down 1-2 CWs, then just dodging side to side and spamming the heavy attacks. Where as with Rapier, you would have to perfectly land your heavy headshots in order to deal with a CW in a timely manner.

Even with hordes that have SV mixed in, just spam lights and you will stagger the SV while annihilating the horde. The block push attack follows up with two cleaves that generate insane amounts of temp HP on hordes. There’s really no reason to take any other weapon on Salty.

just spam heavies on a CW and watch it go down

Even better: Second charged attack is followed by 2 light attack axe strikes, so you can go charged-charged-light-light for maximum anti-armour spam.

I’ll reach out an olive branch here and admit that I don’t find faxion to be AS overpowered as it is made to be. Falchion is still better at clearing hordes and CC if you kit it right, so is 2h sword. On WHC, skilled use of the rapier will likely still outperform faxion spam, but it indeed requires more skill. To me, it really just outperforms anything as Zealot and this says more about the current state of zealot than anything else (and even there, I’d argue that the only thing needed would be to not give Zealot access to the Flagellant damage reduction and you’re all set. He still has a large health pool, outstanding temp health generation and can be made somewhat resilient against small burst damage with bark skin, but it wouldn’t allow him to just facetank EVERYTHING).
The only weapon faxion really makes obsolete is 1h axe, as it does everything it does better and safer. The charged attacks could use some tweaking, mainly in terms of damage. There is little reason for the falchion to deal the same damage as the axe on charged attacks. Changing the damage profile of the falchion to actually match the falchion would be a good start, and to reduce stamina by one shield.