I’m just here to say I’m really happy this game is coming out of the beta soon! Hopefully in a few years It’ll be in a fully released game. Keep up the work!

Good thing they opted for early access, too, since it gave them the ability to work out all the issues with the game and get rid of them before launch! 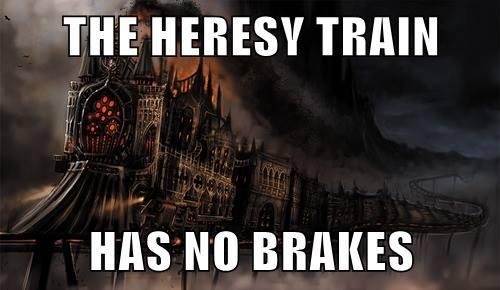 I’ll say, a few more months and it’ll be almost as proper feeling as V1 was after Sigmar’s Blessing! Can’t launch a game that feels less finished than its predecessor, after all.

I don’t know what my expectations were when I clicked on this post.

You mock fatshark, but [even if you have no knowledge in developement] you should know that developing a game is no simple task. Evevrything in the game was made by only 50 people. A game that good for a studio that small, and a few bump are all that you need to be in this mindset? The bugs are in fact not fun and should be taken care of, but the next time you play an assassin’s creed, a call of duty and you see a bug [because there are always bug] think back to the fact that those studio are at least 500 devs, and that fatshark is 50 devs for a game that as regular content! (even tho i would not spit on even more update… but
if it take times, so be it)

The bugs are in fact not fun and should be taken care of, but the next time you play an assassin’s creed, a call of duty and you see a bug [because there are always bug] think back to the fact that those studio are at least 500 devs

Just finished AC: Syndicate. Horrible resolution and other visual stuff before managing options, preventing me from seeing 2/3 of the screen during opening scenes. Regular crashes every few hours, a lot of them at predictable events. Still at times suffers from crappy controls. The social aspect of the game seems shut down. A bug that prevented completing a mission, so it needed to be restarted. And it’s certainly not the latest installment, so no hope for any of these to be fixed. I’d say this game is in a pretty good state, with bugs being mostly pretty minor and balance being the bigger issue, and the devs working all the time to fix things (and despite what some people think, following and listening to the fans’ conversations).

Yeah, it was made by like 50 people. And it came out in a much less coherent state than a game made by even less people with less experience two years ago! They don’t get to have any sympathy after releasing something that’s got more holes in it than V1 does.

I’d not be talking down to them at every opportunity if this wasn’t a sequel that was meant to be bigger and better and learn a lot from its predecessor. But it is. And in 9 respects out of 10, they completely failed to do so.

I remember when Lockheed martin launched their b45A commercial airplane which then turned out to have faulty breaks that stopped working if someone used the toilet flush midair. LH then proceeded to report they would fix it at some point in the future in a patch. Turned out they launched the plane way to early as they hadn’t even testet it before selling it. They just hoped that nobody would notice but after a while people did sort of notice as the planes kept crashing left and right. LH then released a notification on a third party webside, which had nothing to do with their company but they wanted to be cool with the cool kids so reddit it was and it was here the press release said the following “we know it sucks and that you know, you spend your money on plane tickets to a plane with no functioning breaks and apparently no fuel tank and no crew except a heavily sedated AI director, sorry I meant captain, with a blind fold and no hands BUT we are on vacation right now, so we cant fix it atm”

Is anyone here old enough to have remembered Battlecruiser 3000 AD?

Evevrything in the game was made by only 50 people. A game that good for a studio that small, and a few bump are all that you need to be in this mindset

While I certainly agree to some extent, they did kinda make the same mistakes they did with the first game and that is something that is largely independent from team size. Big games like AC beeing unpolished are fair examples of even larger teams producing sub par results, but then again, you should also point out positive examples of games like Banished or Stardew Valley, which were very polished and playable when they first launched and were developed by only one person each.

I’m hoping for an expansion where I can just bugger off to Grunberg and set up my own little jewellery shop with all the trinkets and charms and rings I have. It’ll be called Krubers Kostumes and you’ll get to set up a little trading station, nice ladies of the Empire will come in and buy some stuff and you’ll get to do some kind of idle clicker type routine to generate… MOAR TRINKETS.