ENHANCED TAB MENU.
We have a Player List Plus mod that does a lot more than you announced. Of course, visibility with TAB does not improve, but it does not matter at all! 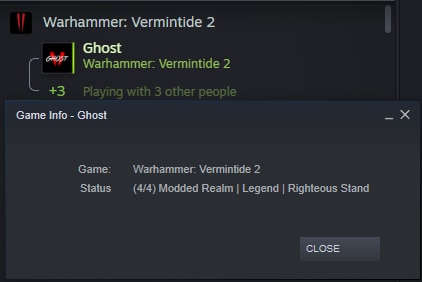 Finally, less than 3 years have passed since such a mod exists)

OPENING MULTIPLE CHESTS AT ONCE.
It’s good … if the chests also meant something to me personally (more than 2k incentive chests in which there is a void … why open it? There are no silver or new cosmetics in them. If you also consider that the warehouse is limited to 1k slots , of which I have 10 free … the rest is all red and this is not enough!)

BATCH REWARD POPUPS.
It will be very useful for beginners if they buy a lot of dls at once.

MORE INFO IN THE MISSION SELECT SCREEN.
Useful for beginners while completing the tasks of the Okri book (although it would be possible to add progress tracking to the book itself, which would be better).

KRI’S CHALLENGES QOL FEAT. A SEARCH BAR.
There is UI Improvements, which does the same, but not just for Okri’s book, but for almost the entire interface!

Alas, I am disappointed with these announced innovations.