There’are many posts out there about Thunder Hammer and in basically every single one huge majority of people agrees that TH has huge flaws right now. Like it’s not even funny to run this weapon anymore. Sure having big and chunky maul is enlightening and it makes you feel powerfull but in the end you realise how weak this weapon is.

I had hopes that with official release of the game devs would do something with this weapon but apparently not. 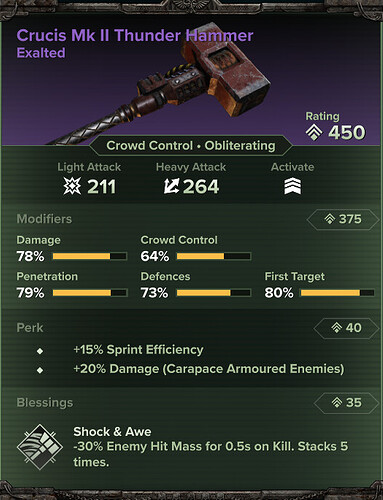 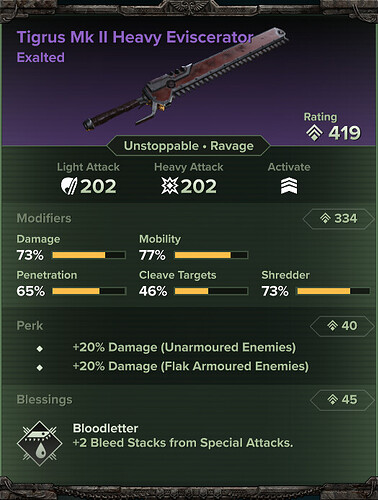 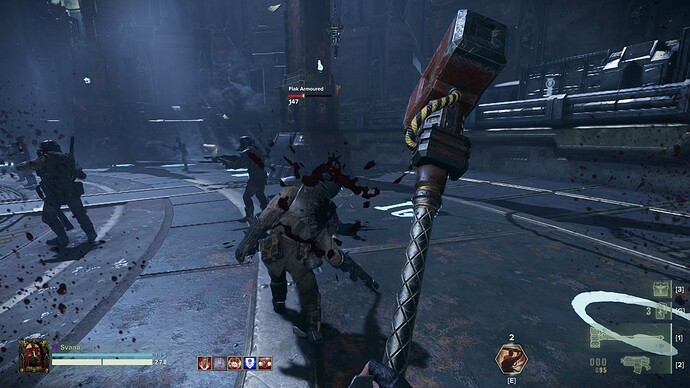 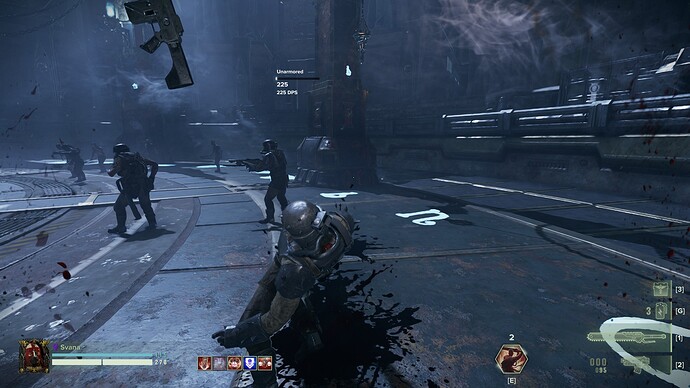 I know this sword has %damage against flack armor but just to be clear The diference in damage more than 50%. Even if TH had the same bonus it still wouldn’t be close. And TH has super high armor pen (I suppose it has to do something at least)

And what about it’s incompetense in elite killing since every random mob can jump right into your attack and cosume it completely no matter whether you use normal or heavy attack. ( do not forget 2s of stagger after special attack).

The only thing that TH has is crowd control. But why would I even want to control crowd when I can just take chainsword and kill the whole crowd.

Give TH some love.

Edit(after two hours of researching):
I found something interesting. With the official release we can actually see what our stats are doing. So…
Look at this:

Can I KekW here? I gues I can do this one

I guess I need to do bug report about all this stuff because I’d say it’s not OK.
I bet issue in my this one post: Pretty long post about wierd Thunder Hammer damage

Has to do something with “finesse” hidden stat that is all about damage to the head.

I thought for sure thunder hammer would be buffed on release but very little has changed. Zealot can dash through ranged fire now at least, but zealot’s ult is still gutted compared to pre 1.08.