in title, i can barely play this game rn w/ this affect. i cant ask any of my stream to watch me play this horrible visual distortion. it goes w/o having to be said, this is a health issue for anyone thats sensitive to these flashing lightsexample of what im talking about

That legit looks like the high peril screen effect bugging the hell out.

YAY another psyker nerf. What have psyker ever do to you fatshark?

It seems to be affecting any screen border effect including but not limited to high perils, zealot charge and veteran plasama gun overheat.

Receiving a suppression effect from any enemy causes Perils of the Warp screen effect to start rapidly flashing until suppression ends. This bug seems to be on any effect that applies to the edge of your screen, as in a different topic the same issue appears to be happening to somebody at high heat with a plasma gun. Steps to Reproduce: Receive a suppression effect from any enemy while at high peril. Reaper is most obvious, but any ranged enemy will cause bug. STEAM Approx. Time of Is…

this is rediculous. why does there have to be a visual even for when we cant shoot straight. WE ALREADY CANT SHOOT STRAIGHT, dont need more clutter. while we’re on this subject: high peril psyker noise and distortion. why is that even in the game. can we get some sliders for that awful affect too. i like to hear the game and i dont wanna hear noise. literally no one does smh. salty hour

the suppression effect just plain looks bad and messes with the visuals, I hope we get an option to remove it all together. On Damnation the game constantly looks awful due to the enourmous amount of shooters

what are these devs doing lmao. Playtesting? What’s that?

First surge stuff effect and now this. Devs are realy trying hard to kill their playerbase.

in title, i can barely play this game rn w/ this affect. i cant ask any of my stream to watch me play this horrible visual distortion. it goes w/o having to be said, this is a health issue for anyone thats sensitive to these flashing lightsexample of what im talking about

2nd this. IT NEEDS to be an optional “feature” and not just be another unneeded element forced into player’s faces.

What is this?:
The VFX that happen when you are under suppression and are losing /out of toughness for the most recent update.

This making the gameplay nauseating (not just for me but people are talking about it in the other chats aswell, with clips sent to me).
LINK OF DISCORD VIDEO TALKING ABOUT IT: Discord


;
LINK TO A TWITCH STREAMER CLIP OF THIS: Twitch 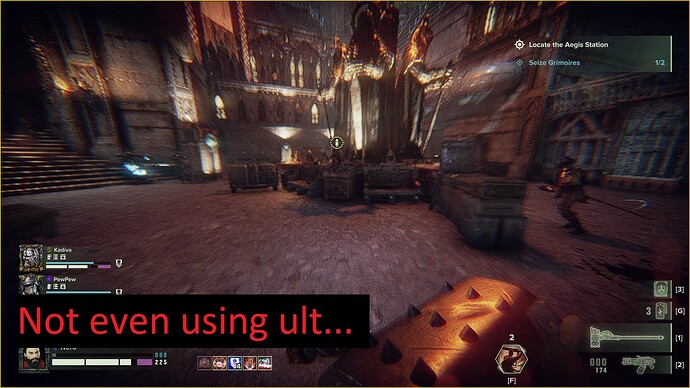 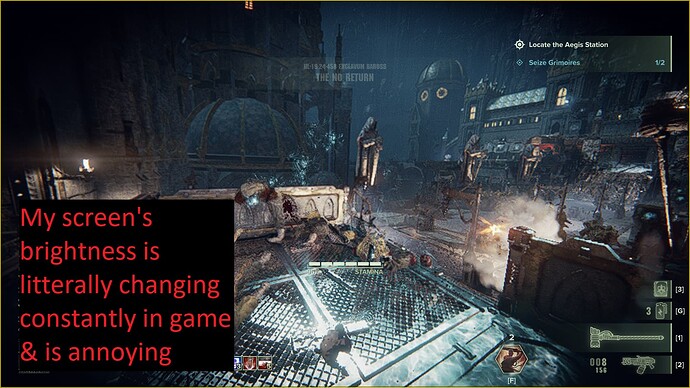 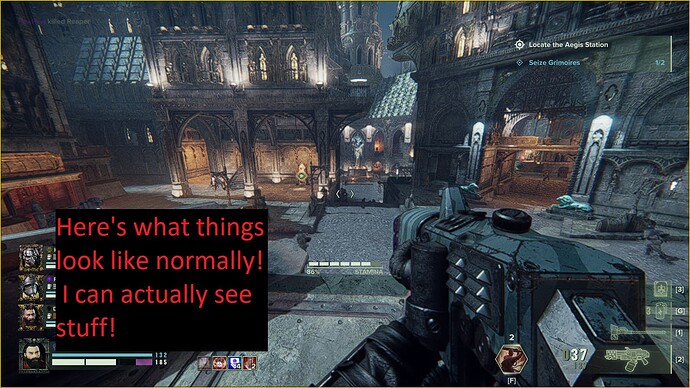 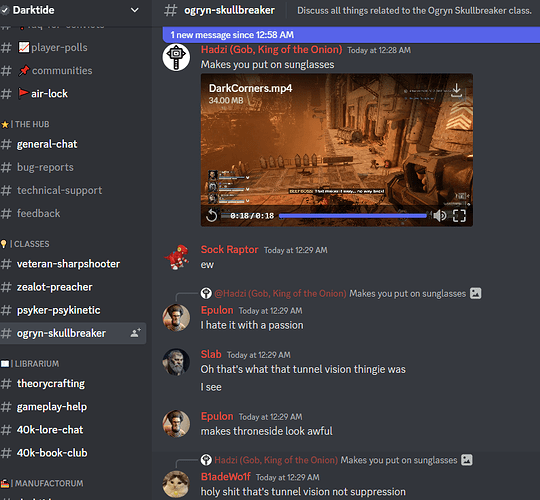 I play on a 34" screen with 21:9 ratio. Looks even worse for me. Please remove these effects or give us an option to remove it

The effect is awful. The flicker makes my eyes hurt.

It’s the second time an awful visual effect got put in via an update seemingly without any actual testing. It’s infuriating that FS just really likes the idea of hurting people’s eyes.

This fix is a priority for us and has been corrected internally. It is slated to roll out very soon once we get a couple other things squared away.

Minor update here, we have a fix for Psyker’s suppression upcoming, the fix for this will occur in an upcoming build (but not this next one).

We have a fix working internally however, we’ll see if we can speed it along to this most recent one.

Edited after a bit more conversations with development.

but not this next one

“but not this next one”

We’re working on speeding it along for this coming one. It’s in testing now.