Missing Features? Is there more?

As a huge fan of Vermintide and Vermintide 2 I went into Darktide with some assumptions. Assumptions that I’m finding out are wrong. Have I missed something perhaps? Are there features being activated after this Beta period or will these features be in development?

My inventory is piling up with weapons I no longer need and while there is the option to get rid of these useless items, shouldn’t we be able to sell them to get some cash back, to help fund better purchases?

What about breaking down items and crafting new stuff? This feature seemed to be a key feature in the Vermintide games but is suspeciously missing in Darktide.

While teaming up with randos in the matchmaking system is fine for now, how do I play with friends of mine who get the game? I see no way to team up inside the game before a mission. Will we have to “Join Game” from our Steam friends list in order to be in a team with people we know?

I’m sure there are plenty other things that I could think of but those are the main things that pop into my mind at this point.

Crafting - disabled during beta
Strike teams/partying - already in
Custom lobbies - maybe at launch or afterwards.
Mission difficulty - you have to do what the mission screen gives you until they implement the custom game lobby.

Discard does give you back some currency.

Check the announcement posts, they actually did communicate a lot of in-progress or disabled for beta stuff.

The LFG system really needs a lot more love though

All you see are people and how many in their team, every single time i tried to invite it was declined

Can’t see the class, can’t see the gear score, can’t see what they’re looking for, can’t put yourself available with a message, can’t look for a pick up with a message if you’re missing one player, all you have is a chat that disappears in 2 seconds and very limited available players in your current morningstar lobby

Between this and the ludicrous penances, i really don’t think Fatshark realises how many of their players just solo queue, which is strange to me because they must have access to stats, and at the same time old news because random queue is always neglected despite representing the overwhelming majority of this type of games’ playerbase

It’s pretty standard for Fatshark to put some hard to reach character achievements. There’s some I still don’t have on Vermintide 2 they’re so niche to gameplay situations.

I have so many questions.

Week 2 says other surprise additions… Crafting is coming, is that everything?
Week 3 > Launch doesn’t mention any additions other than zones and conditions. Does that mean the game will be content ‘complete’ at that stage.

How about customization? There seems to armor, trinkets, weapon skins etc that don’t exist anywhere in the beta(at least there has been in trailers and previews) What system will these hook into? More penances? An in-game shop?
We saw some wild (and awesome) concept art early on, did any of this make it to implementation? Or is it all pretty tame variations of the same stuff? 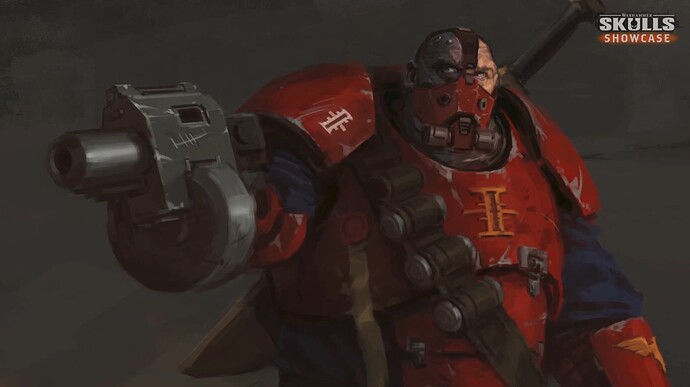 The narrative cutscenes were extremely abrupt and extremely limited in scope. Many characters were introduced but given very little character. Most of the cutscenes retread the same shallow ground. I know next to nothing about the invasion or any progress made or lost in that regard. Having reached level 30 it feels like it’s leading on to something. Is there going to be an endgame narrative continuation or is it just a hook to seasonal content?

What did Dan Abnett actually do and how did it result in this quality of storytelling?

What is the intended endgame loop? Is there one?

If this game is intending to release new classes every quarter, how does it intend to give players a meaningful context in which to use those classes?
If all we have to do is weekly contracts then this game will be played out by most players within a year. Die hard fans will hang on but not enough of the player base for the game to be a profitable live service.