The talent ‘Blade Barrier’ does not activate when proccing Paced Strikes with the ‘Enhanced Training’ talent enabled.

r/Vermintide - Mercenary's 25% Damage reduction seems to be null when taking the... 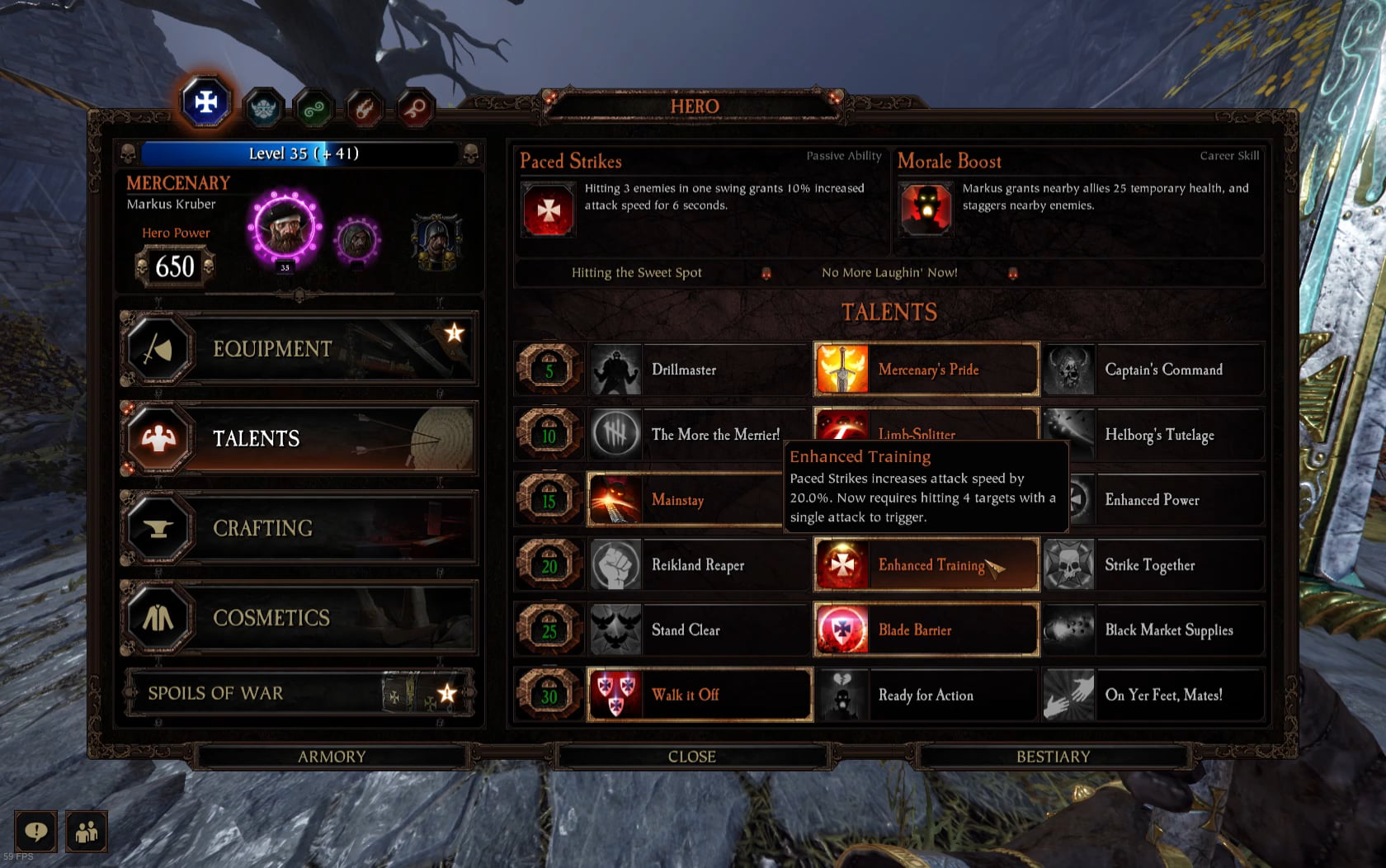 Does this reproduce if you switch out the weapon to ranged, and back again, after having shuffled talents?

Yes. I tried other weapons out, swapped to range & back, and changed other talents while doing that same mix-&-match to continue testing it.
Also, according to another user on the Reddit post, who also went on the modded realm to test this in an actual match without bots, he was able to replicate the same issue flawlessly.
So this doesn’t seem like an issue regarding getting the talent to ‘begin’ working.

My assumption is that because the ‘Paced Strikes’ buff is entirely replaced to increase the one single buff further, instead of adding a new effect, the prerequisites made by ‘Blade Barrier’ is technically not met due to the ID for the replacement buff being separate.

e.g. A search is made, but it only finds a buff named “Enhanced Training” instead of “Paced Strikes” and thus not activating the intended Blade Barrier.