Hello!
It seems that issue of enemies spawning in close proximity to players is still alive and well.
I witnessed it a lot when playing as a client and managed to record some cases of it. Most of the stuff got corrupted though

.
Here’s an example.
I played Against the Grain as Ranger Veteran. The team was getting into the portal, I was ahead of them clearing the area of everything pingable. Presuming everything’s clear I moved into a comfortable position to throw a bomb. And the moment the bomb flew at the enemies I was interrupted by backstab sound. A mauler attack me from behind though there’d been no sight of him even a moment ago. I’m not entirely sure whether he spawned behind me or I played stupid and didn’t notice him.
But right after the mauler died I turned my face to the the portal and saw a gas rat just popping out thin air. Really breaks the imersion, if you ask me.
So, steps to reproduce: 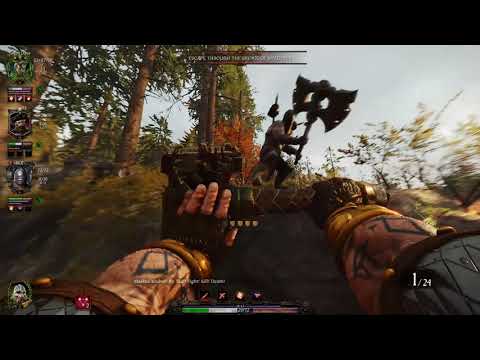 Honestly I’ve seen this plenty as host without even being separated from the group. Just recently on Against the Grain I had an entire horde wave spawn not more than 10 metres behind me.