Enemies need to STOP SPAWNING IN FRONT OF THE PLAYER

Frankly I’m frustrated at the amount of times enemies spawn DIRECTLY in front of the player, resulting in a wipe. I know it’s a tough issue to fix, but come on man, you guys fixed this exact problem in Vermintide 2. How has this come back?

Here’s a clip of a Heresy run that got ended because 2 crushers, 2 ragers, and a horde of enemies spawned RIGHT NEXT TO A TEAMMATE as they were going for a rescue. 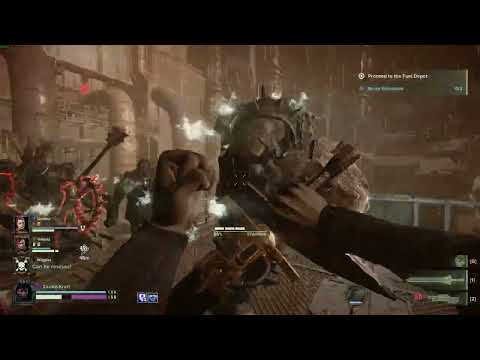 A) A sniper spawned pre-aimed at a target and instantly shot, killing a player (Sometimes even directly in front)

B) A group of ragers/ogryns spawn next to someone, instantly killing them

C) A group of ranged enemies spawn while you’re in the open, resulting in a hailstorm of bullets that instantly kill

I can deal with enemies spawning from doors next to me. I can counterplay that.

Hell, I can even counterplay snipers spawning in front at times as long as I’m not rezzing or rescuing.

But this is complete BS. What am I supposed to do here? If we woulda seen these enemies earlier we would have taken them out at a safe distance, but since my teammate already dropped I had to group up or get eaten from the hound (Because they’re also broken af)

I want to do higher difficulty missions, but if this is how it’s gonna be then it’s not even worth doing.

While spawning has issues, this particular spawn issue is this map specifically. You can avoid it by waiting a few seconds at the drop off before running ahead. Annoying for sure though.

Not really saying anything other than that, just keeping the discussion honest.

Other areas that have this issue include the vertical slum in Hourglass (especially in Refinery where you go from the top), the stairs on the other side of the drop after the maintenance tunnels in Chasm Terminus, the stairs going up in in the first half of Chasm Station proper in the same mission, the second drop after coolant control in Power Matrix. And also extraction from Silo cluster, where a patrol can spawn in the wall to the left of the door.

If the server misses the spawn trigger for an area or has to delay past a threshold for whatever reason, then too bad, spawn those enemies in a later area. It does seem like a lot of it is verticality related too.

and right on top of you to

Yeah it’s the big problem when you are in T5 games, ennemys spawn near/front of you, it’s not immersiv at all and can unfairly kil your game. Hope they will fix it soon.

Had this happen to me and I despise it. It’s a little worse when it’s behind you, but it’s still pretty dang bad when you jump to an empty landing and land with 12 enemy mediums and a couple heavies there.

This spot in particular is notorious for this sh*t and I had that happen to me as well - not crushers but ragers and shotgunners + horde.

Wdym he was there the entire time kappa XD

v2 launch legend had this too including 30man chaos warrior pats. seems they didnt put the patched version in xD

I had a Daemonhost spawn right next to me when my team broke line of sight. This felt unintentional, and there weren’t any hints of a Daemonhost beforehand (dialogue, murmurs, etc.) 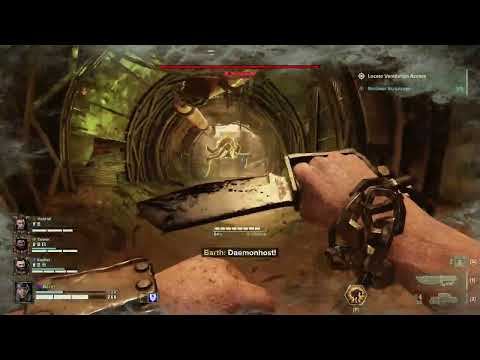 Wow, I’ve never seen this in my matches, but it would absolutely stress me out to be rocked out of thin air by some teleport mobs.

Yeah. The AI director is really bad in this.

At first i realized that it was spawning mobs and specials in any direction you didn’t look at regardless of the distance or spawn locations (doors etc.). Frequently, just right behind you. Just popping out of thin air and there’s plenty of examples of it during the beta too.

But now i am noticing spawns being conjured up right in front of me. Not only that. The game will frequently teleport specials back and forth to the same location. I saw a Bomber disappear and reappear right in front of me the other night as we were escaping.

I don’t think the AI director can handle more than a few mobs before it goes haywire and that stuff starts to become more apparent.

And here I am thinking I was paranoid.
Happens way to often.

lmao. I had 2 snipers spawn behind me ready to pull the trigger point blank . and it was in an empty corner. I really hate how mobs constantly spawn behind us

One of the most despicable, low down dirty cheap arse things game developers can do is spawn mobs behind the player especially not from a spawn point, but right out of thin air and close to the player. And this game does it constantly. Its not fun, its annoying and cheap a$$.