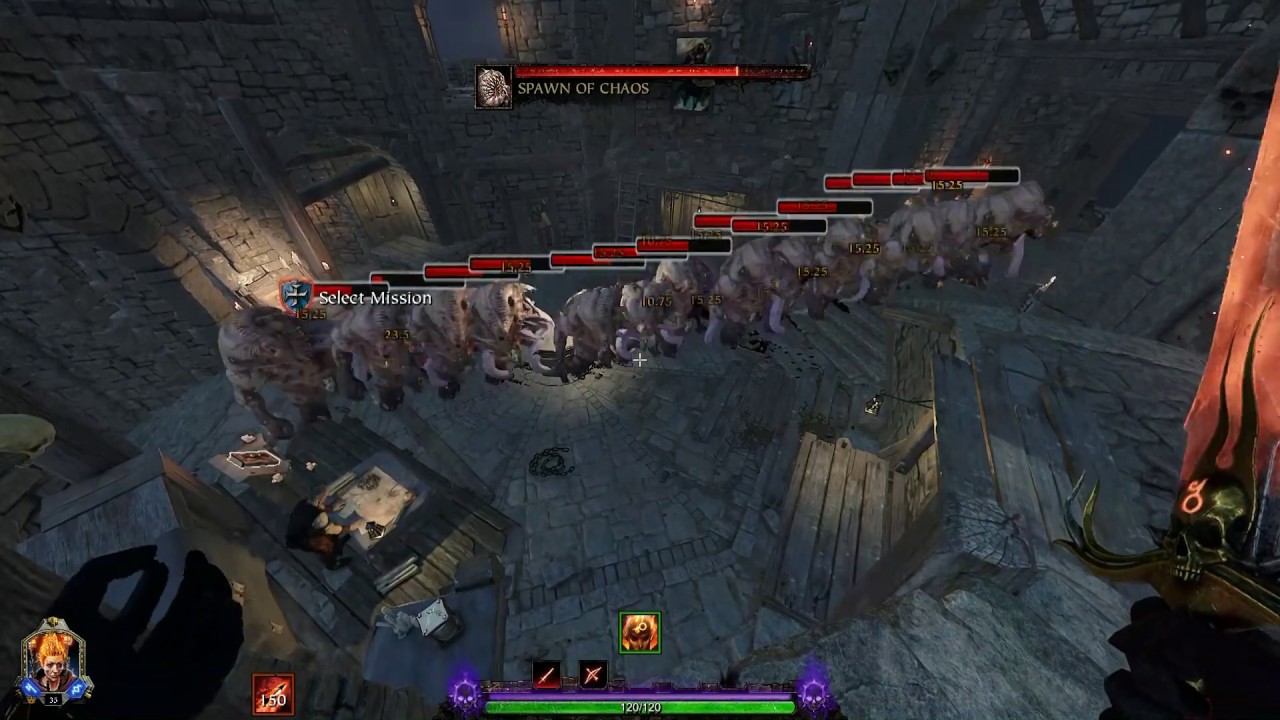 Boss Kill Timer doesn’t like to work when there are so many bosses. Cata Spawn 4k HP. First DoT applied stays and can’t be overwritten, other than Beam Staff buildup (in case anyone didn’t already know).

Average time to kill. ‘No power VS’ used.

I’ve been telling people since the closed beta that the beam staff on BW is frigging insane. No one believes me

I’m surprised that flamethrower have that kind of low dps, but its probably only staff that better work without lingering flames. And didn’t they changed that full charged flamethrower deals more damage?

What relevant Talents exactly did you use? Lingering Flames, Famished Flames at least are relevant, Kaboom may be too.

Also, a couple of these can be more effective while not using Lingering, as they rely on stacked DoTs more. Still, nice data.

I’ve never used the flamethrower in a game, but I assume it has a stacking burn that works better without lingering flame.

133132, the only notable talent other than lingering and famished is enhanced power. I was strictly testing the burn of different weapons.

Okay, Beam questions. If I want to reliably burn stuff down with the most powerful DoT, which appears to be M1 Beam, how do I know when I’ve got the DoT on? If I mouse away from target after a tic and go back to target, can I still build up Beam DoT? Or does small DoT stay if you mouse off target at all?

Kinda surprised the Fire Sword C1 deals that much damage, I’ve always assumed its burn would be at the lower end of the scale.

I thought the Beam burn damage scaled with duration, but it applies the full burn after 1 second (the time it takes to get 1 stack of barrage). Don’t know if they changed the burn scale or if it was always like that.

How come the first one didn’t catch? Not long enough?

And holding the beam on target does pretty good damage as well.

Strangly enough, isn’t the first DoT from the beam like 700 damage and the final beam around 2000+? Does it always apply the highest DoT first? I’ve been holding it down all this time XD

How come the first one didn’t catch? Not long enough?

Yeah, I tried to hold just short of burning to show that it takes at least 1 second to burn.

And holding the beam on target does pretty good damage as well.

With Famished Flame the beam doesn’t do much damage. Only like 5.75 at full buildup.

Strangly enough, isn’t the first DoT from the beam like 700 damage and the final beam around 2000+?

Not sure what you mean by this. Not seeing these numbers.

Does it always apply the highest DoT first? I’ve been holding it down all this time XD

Yes, it only has 1 level of burn damage. I thought it used to depend on how long you held the beam before. Although, the burn damage changes mid burn depending on buffs. For example, if you don’t have any ‘power vs’ on your staff and burn an enemy it will burn for 25 and if you switch to your melee which has ‘power vs’ WHILE the enemy is still burning, the burn damage will go up to 28. 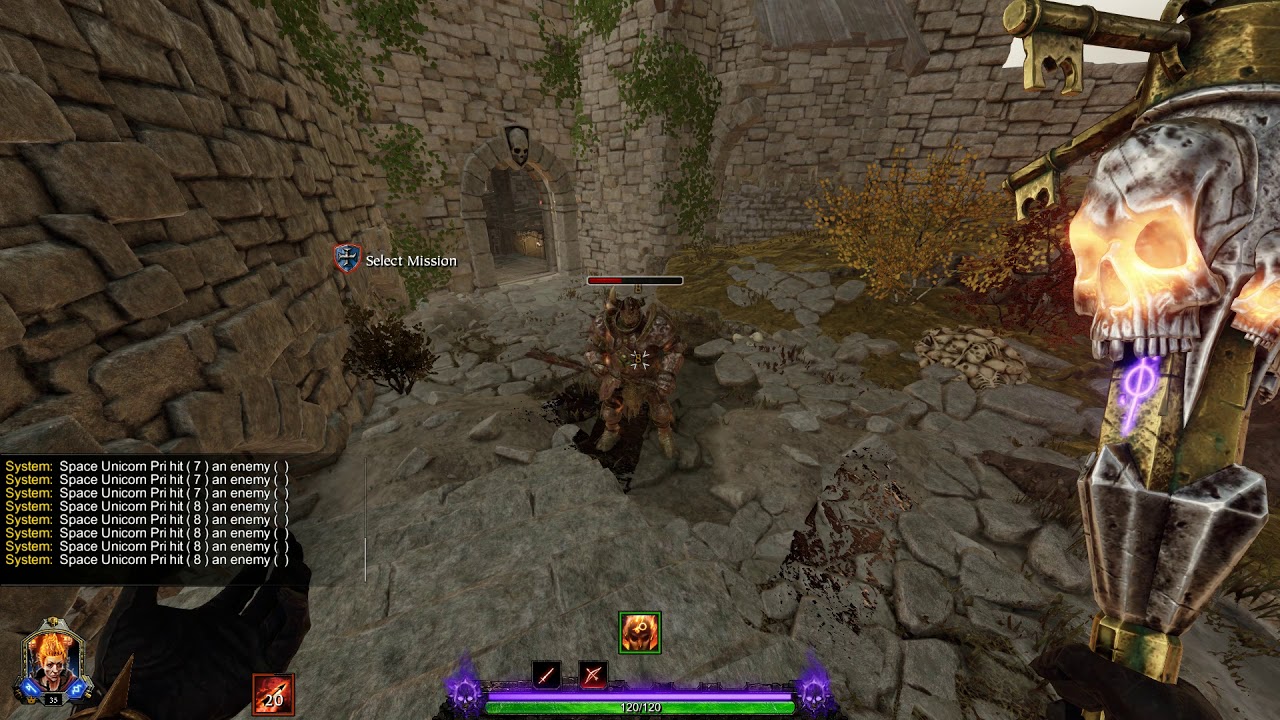 I Have a question about DoT hit cooldown. What normal time between tics?
So, flamethrower always tics in 0.5sec. Ult same, but not all time, some times its hit in 1sec.

It varies. Melee and ranged weapons do the same amount of burn damage per tic, but they tic at slightly different rates. which is why melee weapons generally have a faster time to kill.

It looks like burn damage does ramp up when Lingering Flame is off, but when it is on it only burns for a set amount.

Beam staff does a ton of damage with Famished on and Lingering off. This is a cata fiend and warrior. 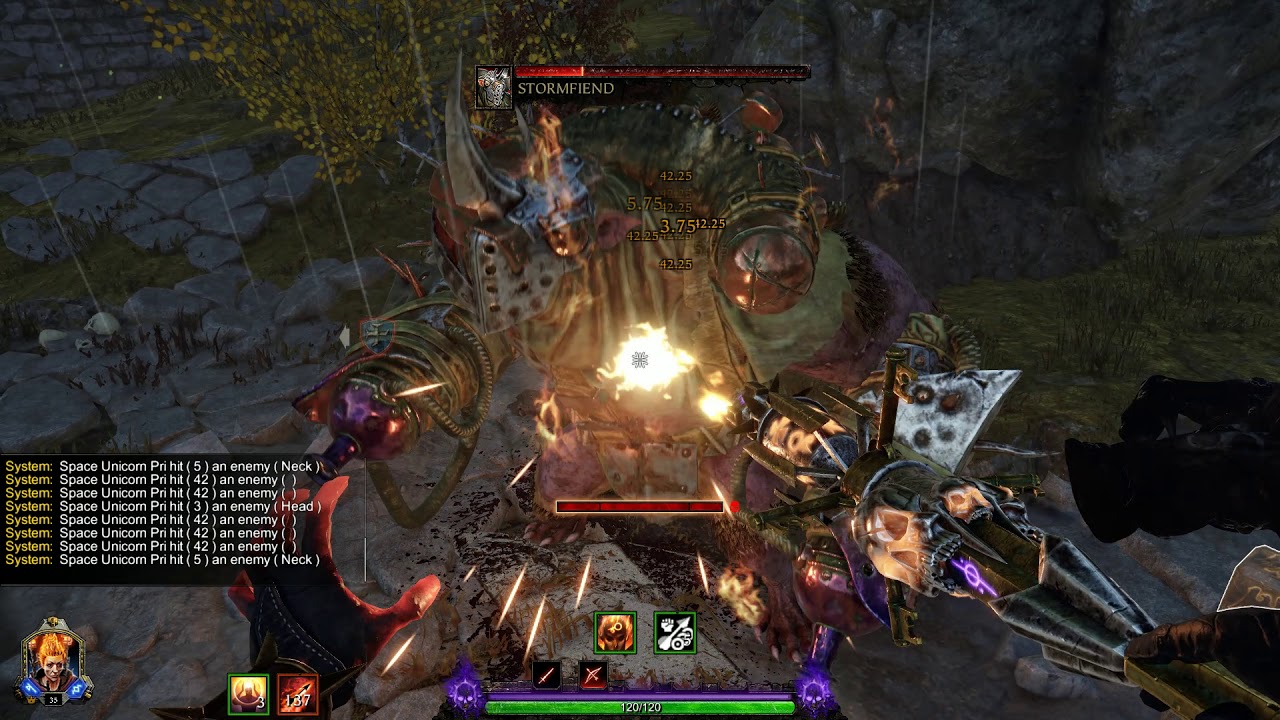 Edit:
I might start using a non-lingering flame build. This is just Famished vs some legend enemies. 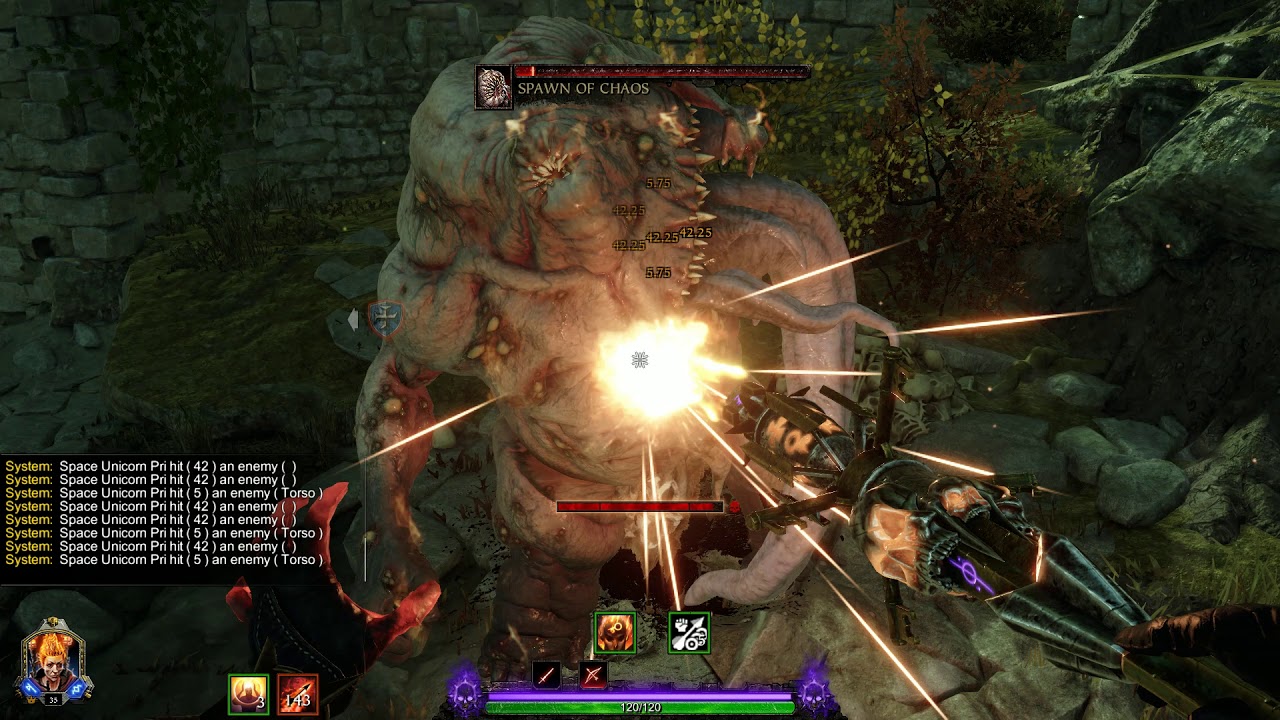 Chaos5715
It varies. Melee and ranged weapons do the same amount of burn damage per tic, but they tic at slightly different rates. which is why melee weapons generally have a faster time to kill.

Look at video. First boss have been fired by ult, third boss same. But tics on both of them different.

It’s not even that simple. A while ago I did some testing (in keep, and only on dummies, so not fully reliable), and the results were interesting. Here’s the relevant post. In short, it seems that in a certain range band between a bullseye hit and the normal outer edge for Fire Walk, the game for some reason applies what seem like extra ticks of burn with possibly slightly different rate from normal. They’re still apparently considered a single DoT, though, which results in a huge tickrate, especially for Lingering.

In my experiments, the range added by Kaboom! only put out the normal ticks (iirc), but the results may vary. I’d be interested to see footage of testing that from a couple of different people, both to ascertain whether my tests were correct and whether conditions change the outcome. If these results are correct, it indicates buggy behavior for Fire Walk. 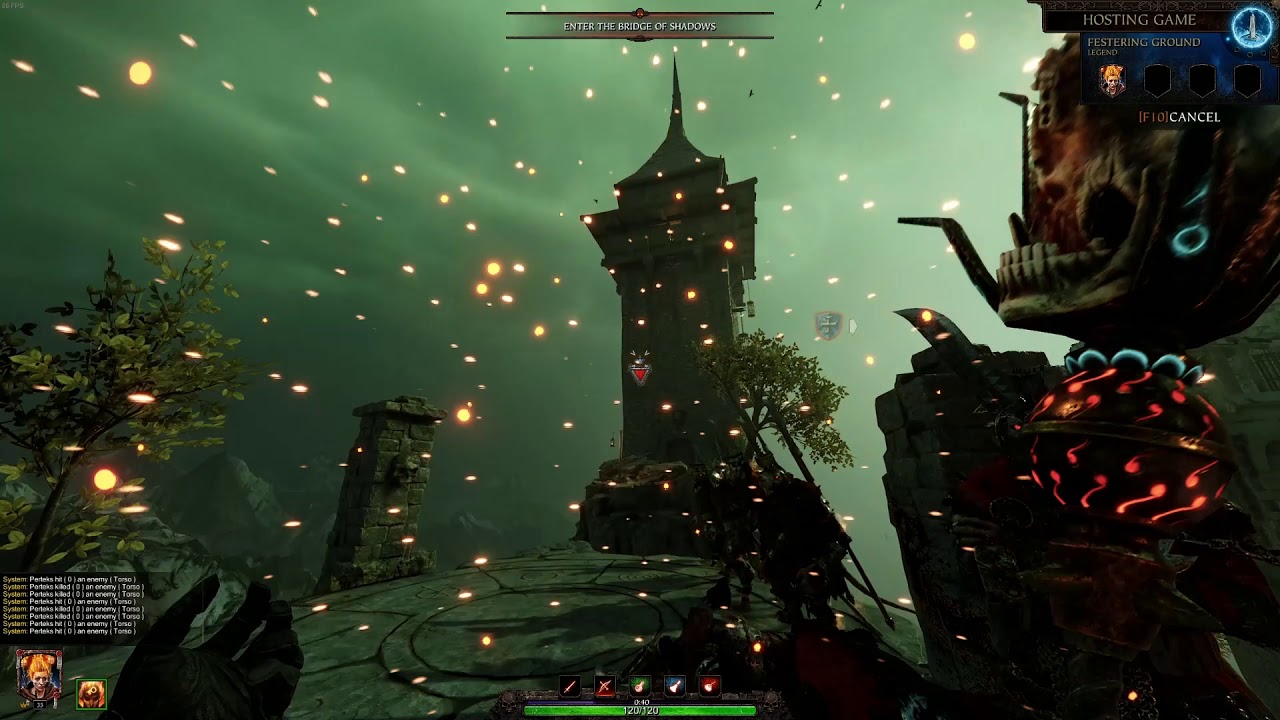