We when we want to buy a cosmetic there is no way to see how it looks on our character.

as for “Paid Skins”
you can view it on a hologram/mannequin like, and not even the full set, each cosmetic part alone. 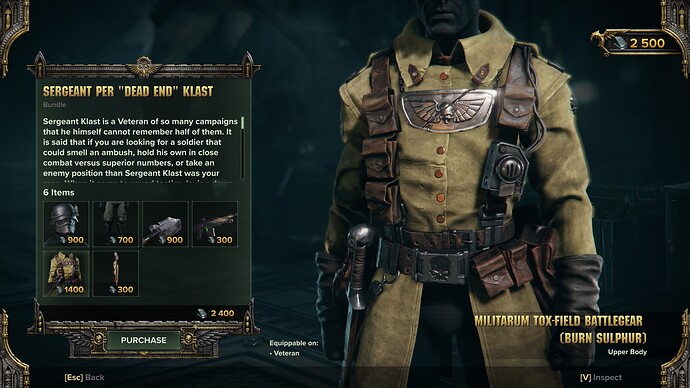 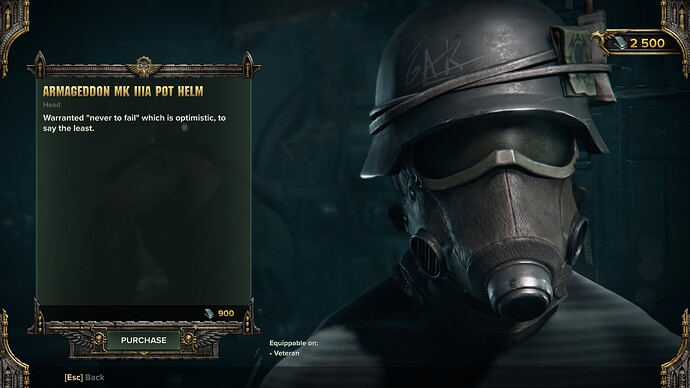 as for “in game currency”
cant be viewed at all. 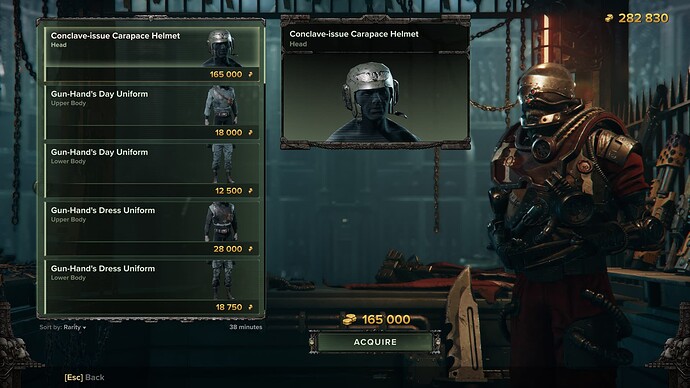 144,000 for a helmet that may not look good is even worse than gambling.

I’d like to begin by saying that at this point in time I’ve paid 85€ in cosmetics (25€ for Imperial Edition, then 30€ currency pack twice). And even then I can’t afford everything in the store, not even close.

Of course I try not to make useless purchases, but because I really like mixing together different sets and trying to make an unique character, by now I’ve bought several cosmetics that seemed good, but upon trying them on my character I imediately thought “oh, that doesn’t look good”, or worse, “it looks good, but there’s clipping issues because I’m mixing parts from different sets”.

I have money to spend (or I wouldn’t be wasting it on cosmetics) but it feels VERY wrong when I put money in something and within seconds realise I just wasted it with no way to get it back.
It feels like a scam.

The game seems to have a really hard time loading characters in, so I imagine it’s safeguarded. Probably something they’ll integrate over time. Not that I’d pay $12 for a color-locked shirt and pants either way.

each set costs 2400 , if you would like to buy for 2 characters thats alot.