Let me start a nice barbecue.

As a Kruber main, I wanted to know what ideas you guys had for a possible new ranged weapon for any of the three Kruber jobs (personally, making bow usable for all classes would satisfy me). I’m not big into Warhammer lore so if there are any funky ranged weapon choices for an empire soldier to use, let me know please.

Double personally, I would prefer something with a ‘quick draw’ effect to it. My biggest problem with being anything but a huntsman is having to kill a special then immediately switch back to my melee to deal with those Legendary hordes. It would be neat to have something that recharged (trying to stray away from bounty hunter territory) to escape those long reload times for most of the Kruber ranged weapons. Something akin to a drakefire weapon, but maybe altered to better fit an empire soldier.

Whatcha guys think? Add some coal to the grill.

Honestly, I’d love a crossbow for Kruber. I know, I know, “reeeeee rehashed, copypasted, lazy, existing weapon reeeeeeee” and all that. I don’t even care, I like crossbows.

I imagine the grenade launcher would also be quite fun.

The duck-foot is the same size as an ordinary pistol, but instead of one barrel, it has four arranged in a splayed pattern, not unlike a duck’s foot. Though wildly inaccurate, the duck-foot is useful to ship captains with mutinous crews, or anyone...

Crossbow would be totally loreful, that’s a common weapon for Empire state troops. I assume he doesn’t get it just because two other characters already have it.

There was a datamined Grenade Launcher for VT1, but it was never added - I think the devs said something like they worried about the friendly fire or something? I’d still hope to see that, personally.

Besides that? I could see a javelin, maybe, though he’d lack any quality-of-life style recall mechanic, I can’t imagine how to justify that lorefully. There could be a Hochland Long Rifle, but that’d just be an even snipier-version of the Handgun (probably with yet worse reload).

An old idea I had kicked about had been a carbine - a shorter handgun that would have really good hipfire and a bayonet. It wouldn’t have sights, but it’d play well with folks who like to whip out their ranged for a quick shot into close-range specials. The bayonet would allow you to do a single-target AP stab, like a spear - when I thought of this, I thought it could be a more balanced version of blunderbashing for ammo. Give the bayonet a decent crit chance, the carbine can now get ammo back via melee, without crazy stuff like “beat an entire horde for ten minutes, suddenly get all your ammo back in one crit”, and with the downside of no aiming. Now they changed that about Scrounger, so it’s probably a dead idea. In theory, though, the Carbine could be a breech-loader with a fast reload speed and just okay damage.

Dwarf got a new ranged weapon, but trollhammer torpedoes is still possible.

If it ain’t this then it better be a gosh dang mini-blunderbuss.

For Sienna, the sky’s the limit… or the lore. Maybe another zoning weapon. Instead of making an explosion you make it rain fire from above?

That’d be nice and all, but imagine the reload time. Kruber may be strong, but I doubt he could reload that thing without a windlass (I think that’s the right word). So the reload would be slow AND immobilize him. Also not sure if lore friendly, can’t recall seeing anything other than “normal” crossbows for the Empire.
I’d rather have Victors crossbow.

All things considered, highly doubt realistic loading will ever be an issue

Knights used crossbows so it would fit foot knight perfectly. The reloading would be faster then!

There was a datamined Grenade Launcher for VT1, but it was never added

I’ve wanted one for Kruber. Would be a lot nicer than giving him a crossbow or something else. The new weapons should be unique rather than just reskins of old existing ones.

This is why I made this post.
I knew there had to be like some kind of funky arsenal out there in the lore. It would be sick if we could pull this baby out far quicker than any other ranged weapon. Just imagining the sound it would make forces me giddy.

I do agree with that sentiment given we have several people with crossbows already (including variations of said crossbow), so more than anything a pistol would appeal to me the most.

I always thought a grenade launcher would befit Kruber well, but I was afraid it would upset the lore or something of the like.

I always thought a grenade launcher would befit Kruber well, but I was afraid it would upset the lore or something of the like.

Don’t you worry about that, empire engineers use funky grenade launchers as do the outriders ( they have a bit more streamlined version, though).

Why not? They even said that the throwing axes were made as a proof of concept, a blueprint with the intent to make more throwing weapons in the future.
Alas, there are not that many historically used throwing weapons to begin with, spear/javelin as mentioned as well as the knives. Throwing axes already exist, but then it gets scarce. Bolas, shuriken and kunai, yeah, but those are more skaven/clan eshin weapons (i don’t know if kunais even exist in Warhammer Fantasy, at least shuriken do). If you want to go esoteric there is a bit more, like chakrams, but even a boomerang would be a better throwing weapon.

I found one other thing on this list, which is soemthing i would wish for slayer to have as an either melee or ranged weapon (or both?): the meteor hammer (what a silly name). Don’t read the wiki article (i warned you), let the image speak for itself: 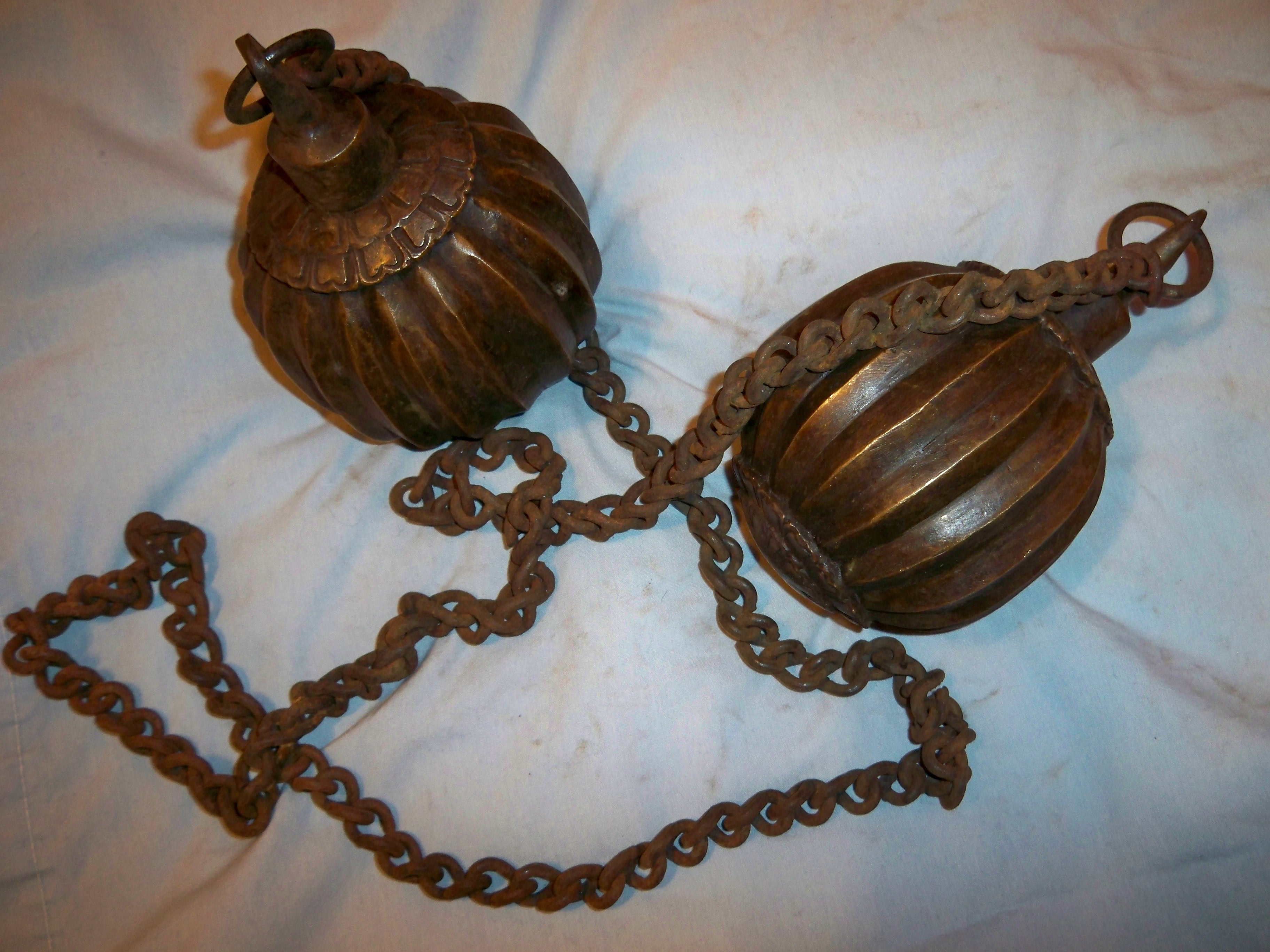 It would be like a night goblin fanatic on a chain, but with skilled dwarf with a deathwish attached to it.

I could see a javelin, maybe, though he’d lack any quality-of-life style recall mechanic, I can’t imagine how to justify that lorefully.

About that javelin idea @BizarreSalp, have you played those LoTR games which were made for the movies?
I remember that (in the return of the king one) there were spearstands from which could chuck spears at enemies until depleted. Maybe something in that line could be implemented, maybe as a second ammo box, a weaponstand for throwing weapons, although i wouldn’t be a fan of that particular idea.

Hmm. Maybe you could make it so that it only contains a finite number of ammo pickups, like 3 times, so that you not just stand beside it and happily throw away forever.
That may be be exploitable by griefers, but that counts for every ammo pickup anyway (besides boxes). It doesn’t have to fill up all ammo, too, only a percentage. You could still pick up the ones you throw, as ammo might be scarcer then normal ammo, so you have to be ressourceful. But thats the same for every ranged weapon that uses up ammo, so not a contra.
Although, this would make the throwing axes stand out quite a bit…

I’m gonna think about it and come back tomorrow, maybe someone else can chime in with ideas.

I never played those, but that’s an idea I’ve always thought would be cool for the Skaven halberds you see stuck in the ground around maps. Why can’t we pluck them out and throw them? They’re tainted so it’d make sense not to keep them, but throwing would be good.

Regarding Kerillian; she actually has a few really cool options left, though I think all three might make sense to be specific to one career.

Handmaiden kinda should have a Bow of Averlorn, which is basically a Fantasy Lasgun, it literally shoots AP blue fire arrows. It is a weapon heavily associated with Handmaidens of the Everqueen.

Asrai are known to use magic javelins, and so that could be a Waywatcher exclusive; I say exclusive, because if it’s magic Wood Elf stuff, instead of recalling there could be some nature magic involved and reloading causes the dropped ones to wither away and new ones to “grow” in her hand. Seems an elegant enough solution to me.

As for Shade, she has a Repeater Crossbow, but she doesn’t have a Handbow, which is a one-handed crossbow the Druchii are known to use. She could dual-wield them, or maybe it could be combined with a melee weapon, like a Corsair saber. Also, some Khainite Assassins used shurikens, but it’s apparently pretty unique to them, so that might not fly.

I’ve heard people suggest throwing knives for Saltz, though, which eh - that could work. I feel like I’d instead like to see him get something stupid big, like some kind of wall gun or swivel gun. He always strikes me as going for finesse or absurd overkill.

An idea for Sienna I think would be cool would be one based on the Sanguine Blade spell, which creates magic swords around the user. I can imagine charging to generate swords around you, which last for like 30 seconds. You can shoot them off, singly or all at once for burst damage, but while they’re around you get a passive damage reduction (cuz in lore they can actually deflect some attacks). I think it’d be unique because it’d be the first stave for her you optimally prepare before trouble, and it can support a more melee-focused build, or do some big burst if you fire off all the swords at once.

I never understood why the bow was restricted to Huntsman. Mercenaries using bows are commonplace in the lore, and I don’t know about nights, but I’m sure it’s not any worse than giving him a blunderbuss. Being OP isn’t a factor since it really isn’t that good of a weapon without Huntsman skills to buff it up.

But honestly most of the career-specific weapons don’t have a reason to be so.

Although i do have a more original idea then that. How about a combo weapon? The Cutless and Throwing Daggers. The Cutless would perform similar to the Arming Sword and Rapier, except it’d have more cleave and less AP damage, so it’d be for clearing fodder.

The Throwing dagger would be be bound to the special attack button, it has infinite ammo like the rapiers pistol and has a 1 cooldown between uses, (this prevents machinegun like spam) it’s used as an anti elite weapon, deals high damage (handgun levels of damage) and is most effective at short range, although you can arc throws at enemies further away.

Not sure how effective this combo would be in practice, but it’d at least feel unique.

Lastly if Kruber ever gets a 4th Templar or “Holy Warrior” type career, he could perhaps use some sort of basic holy magic to buff allies and burn heretics.