I don’t understand why kruber mace is not like one axe in armor damage in light attacks. Maces was for break armors. The same for mace and shield and mace hits in mace and sword.

If you looks closely every armor piercing weapons is horde weapon and every unarmored weapon is armor piercing. Its kinda dumb but its like this here

(outside of sienna poker )

In Fantasy RPG settings weapons are very often completely backwards compared to real life. Otherwise bows would require huge amounts strength, maces would be small and fast anti-armor weapons, axes would be slow and heavy weapons of desperation used only by peasants, swords would be mere sidearms to things like a spear or pike, greatswords would be fast anti-cavalry weapons wielded much like a halberd, and two handed hammer wielders would be laughed off the field just prior to being skewered during their wind-up.

Sometimes, we just have to live with knowing it’s all wrong, because that’s how the fantasy universe is written.

Well my point is not because is wrong in real life (or not only). My point is, kruber hasn’t one hand axe, only mace, so I want a weapon in the same way. Fast, little cleave and great armor damage. A flail is ok to me too.

Whoa whoa, mate, ever heard of war axes. Even onights used those. Daneaxe was also a weapon of war. The thing is, they didn’t pook like great axes and axes from games, their design was much lighter. But no way it was simply a peasant’s weapon, it was a warrior’s weapon for centuries too.

BTW I always wondered how to make 2h hammer work lore and logic-wise.
So far I haven’t come up with anything. I mean, dwarfs may just be uberstrong, Sigmar was some kind of superhuman, and Warrior Priests are fueled by Sigmar’s blessings, but common soldiers with warhammers - this just doesn’t add up, especially when swords in warhammer have semi-reasonable designs, same with most firearms.

Pretty sure there AREN’T any common soldiers with big, thor-like warhammers. There’s Sigmar, Warrior Priests and Warrior Priests, like you mentioned, all who are definitely somewhat empowered. And then there’s Kruber, who does have a warhammer like that, but only with two hands so it’s not AS bad. His 1h mace is still a very realistic mace.

His 1h mace is still a very realistic mace.

Not realistic without armor damage

Quite right - but they are not what usually is meant by the name “axe”. Nor by what is seen in games. 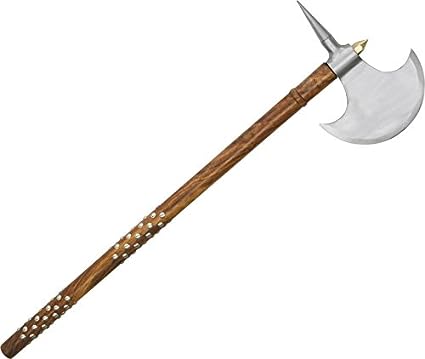 Fantasy Battle Axe: Basically a double-bitted woodcutters axe, but bigger. Used with all the finesse of a sledgehammer. Usually carried by BEEF McBEEFYMAN as their only weapon. 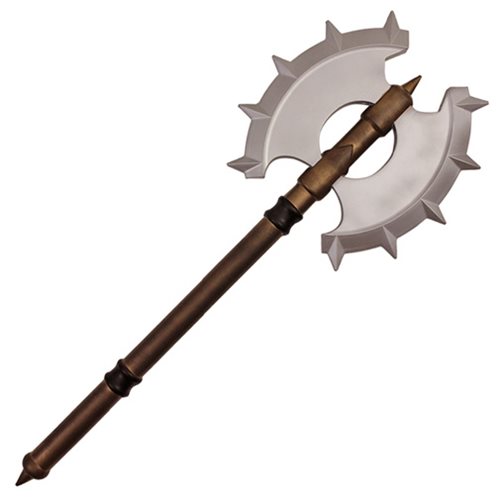 Next, the 1 handed-woodcutters axe (aka hatchet), which is almost identical to Bardin and Salty’s 1h axe. It’s these two types of woodcutters axes that I’m saying would only be used in desperation by peasants.

Compare that to the real world mace, which had the same role as an armor piercing sidearm: 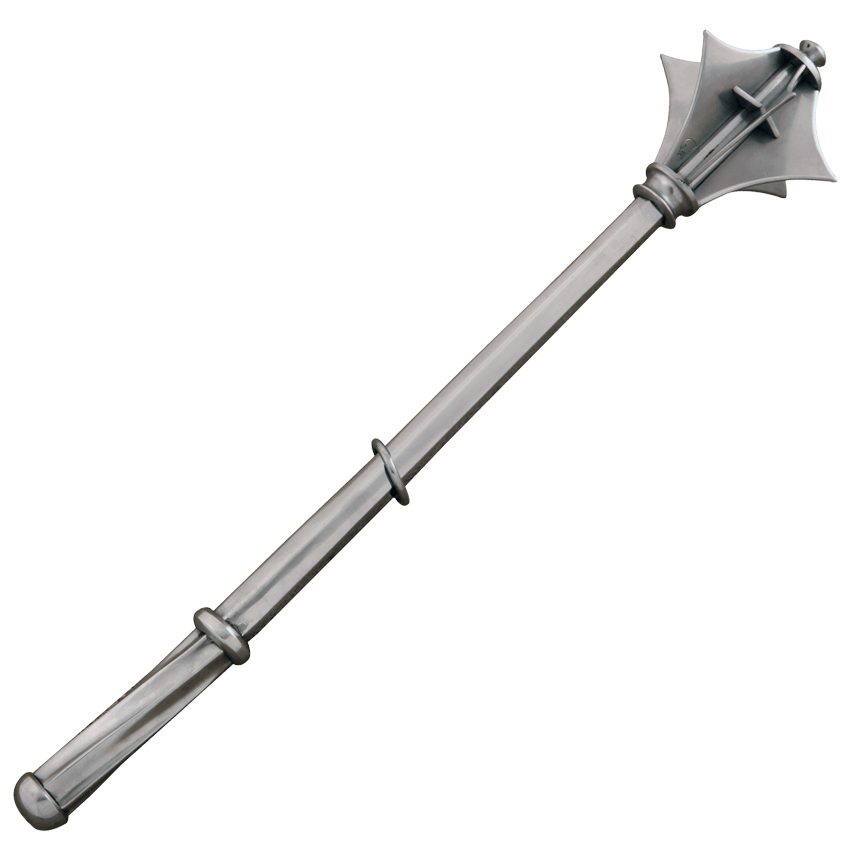 Very similar in size, balance, and usage. Fast, light (compared to expextations anyway - 2 lbs max, about the same a sword), armor crushing sidearm to a mounted weapon. Kruber’s mace is actually a great example of this, not fantasy at all. However, it should be an anti-armor weapon but it’s not in the game.

great example of this, not fantasy at all

Yeah and well this is fantasy

Mace does good armour piercing dmg with heavy attacks.
People here seem to overestimate the armour piercing dmg of maces. In real life you’d have to bash someone in full plate repeatedly with strong strikes to even make a dent in the armour. Full plate is very effective at absorbing blunt dmg by spreading it across and chainmail and gambenson helps absorb it all immensely. In fact, it probably makes more sense for axes to do more armour piercing dmg than maces.
I think Vermintide does a decent representation of weapons and how they work. At least, according to what I’ve read and know.

In fact, it probably makes more sense for axes to do more armour piercing dmg than maces.

I don’t think so. IMO, the metal blades of the mace are for armor pearcing and do the same work as axe. As there is more than one blade in a mace, armor damage is higher than axe. If the damage of an axe were greater, nobody would use a metal mace, most difficult and expensive to build than an axe of wood and metal.

what a faulty logic here lol, thats not how does it work.

Maces were used for anti armor mostly because plate absorbed blade but blunt trauma from hitting still mostly went into body, most death in full plates were from blunt damage not from cutting or piercing.

People here seem to overestimate the armour piercing dmg of maces. In real life you’d have to bash someone in full plate repeatedly with strong strikes to even make a dent in the armour.

Pretty much what @Perteks said; the anti-armour quality of maces and such didn’t come from them actually penetrating the armour. Swords (and axes, too, though they’re somewhere in between really) rely on the edge to do damage; they have little impact usually. Maces rely on the impact, and that does get transferred through even plate - it may not immediately incapacitate the opponent, but it will rattle them and get them somewhat vulnerable to other kinds of weapons. When wearing armour, it’s pretty much the difference between getting hit with a stick or getting hit with a stick with a lump of metal in the hitting end.

The only real way to fight an opponent in full plate harness was really to go for the weak spots, that is, any gaps in the armour. A strong fellow with a specialized weapon (a realistic two-handed warhammer or a pick-like weapon) could damage the thinner plates or significantly dent the breastplate, but that’s about it - the finishing blow would’ve usually been with a dagger or through half-swording. If we followed that, the only weapons that’d have a real chance against CWs would be Sienna’s Dagger and Crowbill, and Bardin’s Pick.

I’d love to see some more realism in games too, but the kind we follow here is movie or “popular” realism - not quite the usual Hollywood level, but something between Hollywood and real life. It means some weapons being quite impractical in appearance or use, and others’ effects being off from real life, even if they do give a nod to historical realism in design.

And as has been put forth before, if they somehow managed to make things follow historical realism, spears and shields (and ranged weapons) would rule the battles; the characters could hardly lift the two-handed “hammers” they now wield; and balance would go out the window. Oh, and Dagger Kerillian would be dead before she could claim to be an Asrai.

Not that some adjustment to Markus’s Mace and Bardin’s Hammer wouldn’t be appreciated; the single weapons get heavily overshadowed by the characters’ respective DLC weapons and the shield versions still have too much concentration on control (and not even doing it awesomely) and too little on damage.

what a faulty logic here lol

And all what you want… but with your logic… Why there are blades in the maces? why the maces are relative light? with your logic, a mace should be heavy and without blades because could be stack in plate. So your logic is not very strong neither.

Without interrupting the history discussion, I think it would be fine if mace had an ap stat. Like, if we kept it as is, but made lights able to damage armor, but not super armor, it would not make or break mace/hammer, but might buff sword n’ mace/dual hammers (maybe even too much). Would also be a straight buff to mace and shield and I am always for that.

Wiz Mace, too, I guess. Not that anyone will ever use that weapon again.

My logic is historical facts, well if you can’t deal with it then its your fault, read a little about it. Axe blade are not same as mace blades and both work for different reasons

read a little about it

I do… I have never been in a medieval war.

Axe blades are just about the worst possible shape for piercing armor. They are wide and mostly flat, which distributes the force of the impact along a wide area. They are only marginally better then a hammer. Notice how heavily curved the real battle axe is, that curve helps with penetration and woodcutting axes don’t have that.

The mace pictured has blades that come to a sharp point, to concentrate the impact force. The goal was not to pierce, but rather to bend the armor inward until it no longer worked right - eg by freezing a joint, blocking vision, pressing into the wearer, etc. A dent in armor could become excruciating very quickly with all the movement of combat.

‘Piercing armor’ is kind of a misnomer. Vs plate armor at least, you really could not go through the plates. There are exceptions, like badly made armor, but generally speaking you either deformed the armor with heavy blows, or you went for the joints and seams (eg, with a Rondel Dagger, or the spike on that warhammer above). Another tactic was for the front line footmen to dismount/disable the armored soldier, while the second line used specialized ‘can opener’ polearms (like a bardiche - ever notice how it’s shaped like a literal can opener blade? not a coincidence) to finish off the knights on the ground by literally using their weapons like a pry bar.

Mail armor was easily pierceable with enough force, so even with mail protecting the joints an arrow or spear strike would go through. Look at historical polearms, most of them have long spikes on them somewhere for this purpose, including Faithful Kruber’s halberd.

This video is the best thing ever for historical weapon nerds: 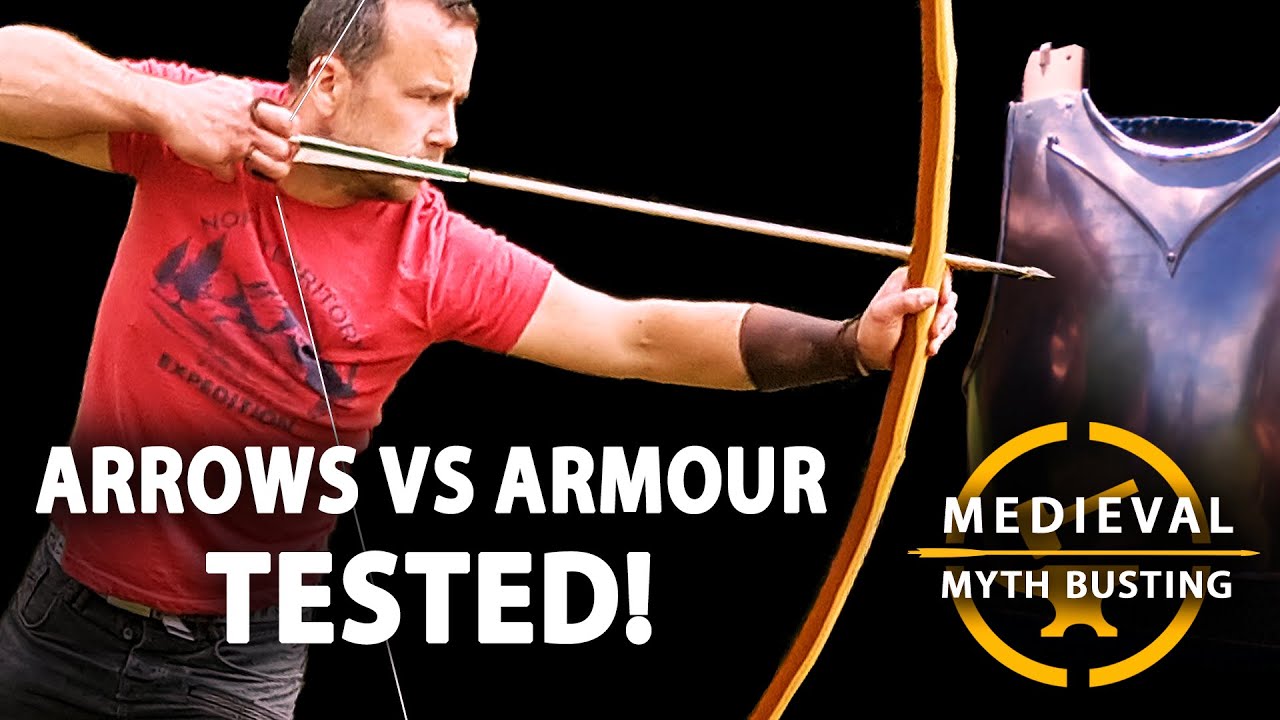 Some day I want to see a fantasy universe with realistic weapons and gear. Sigh.