I appreciate the update in my email. After reading it I recorded this video to share unedited with the community. We each have different hardware and different experiences. I wanted this to be included in considerations of what playing the game is like for some of us, currently. I’m able to play without issue. I am lucky. It is possible, which is promising. 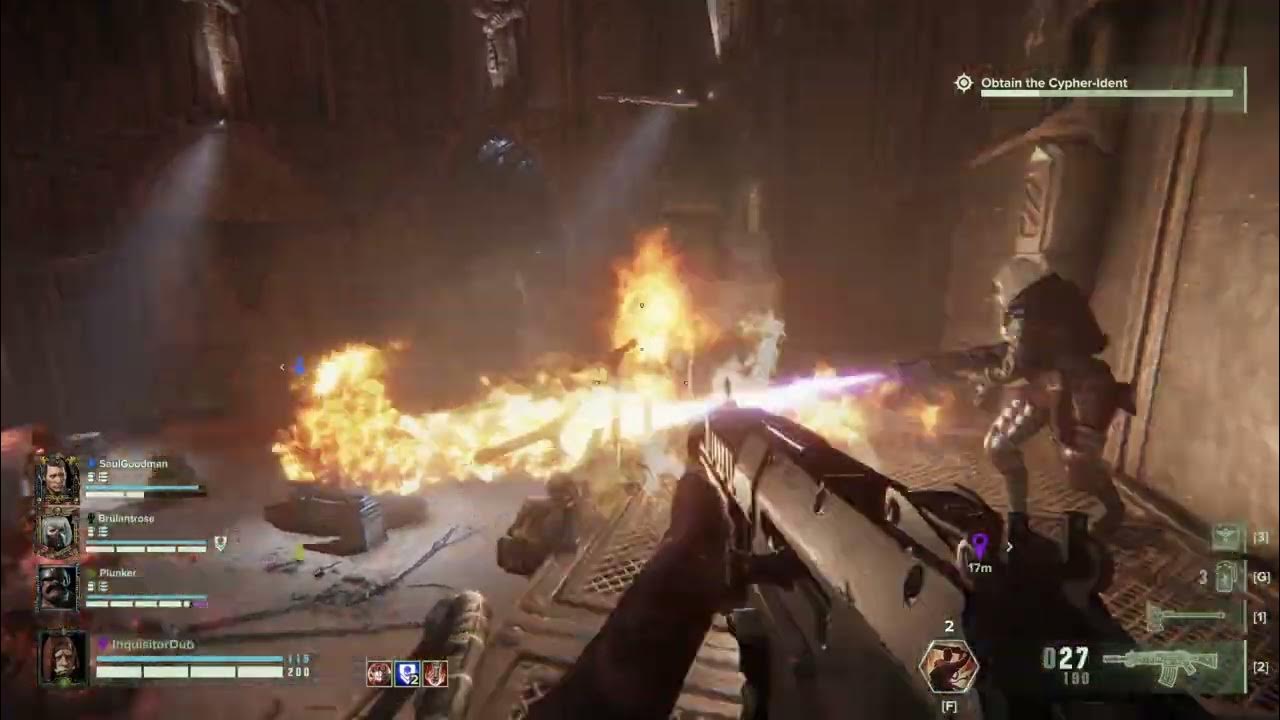 I started to skim the video and very first thing I noticed was somebody joining in around 3m20s and instantly getting punted outside of the map.

Without issue. Lol. Pretty bad example if that was your goal.

I saw him type it, but didn’t see it happen lol. Thank you, Zoralink. Fair is fair, and who knows how much stuff I’m not seeing.

I appreciate you taking the time.

I mean to be blunt a lot of issues are also going to be a lot less evident when you’re able to faceroll it because you’re level 30 in what looks like malice at most. Not to mention other things like that map specifically is bugged with infinite hordes after the mid level event when you’re on heresy or above. On that same token, many issues get massively exacerbated on higher difficulties due to the higher incidences of overall events along with the server quality being terrible and resulting in things like this plague ogryn attempting to go to the warp.

I’m glad you’re having fun and can overlook the issues, but posts like this just attempt to undermine genuine criticism, whether or not that’s your intention.

I started on a 3080 12gb and play on max settings. I only have one T5 completed and the rest on T4. I think the hardware and settings are the biggest factor in seeing how different the experience is for different players. I went on twitch to watch other perspectives and can see issues that I have never experienced. It’s part of developing video games. We’re in the middle of a massive industry shift due to the aftereffects of crypto mining. I can get how frustrating this is for a $40 that is playable for some but incomplete with coming soon features after an official launch.

The more each of us that shares information about this game we seem to want to enjoy the better we can assist as players with active development requested.

What I don’t understand is the backlash from admission that Fatshark didn’t meet their goal and are owning up to it. They are also letting us know our loudest complaints are being addressed first.

I appreciate that from the standpoint of a consumer more than hearing nothing and being asked to pay more money for more conent. I am working really hard on cultivating patience for others. People that spend their lives making video games for others to enjoy are included. I have 155 hours with 5 crashes and not a single game breaking bug. I worked with Disney Interactive in the 90s, and am getting old. I’ve also worked with the US military branches, SpaceX, JPL, and my last job was training strangers off the street on how to help feed people during a global pandemic. I’ve had time to look around at life a bit.

We should all be so lucky to figure out how to enjoy a game while rolling with the punches. Forgiveness is growth.