Issue Summary: There’s one point in the map where people have been randomly dropping dead for months now, video of it happening today: https://www.youtube.com/watch?v=jN7h4l-It4Q

Others reporting the same thing here months ago,

Instant death on floor contact -- Into the Nest Vermintide 2 - Bugs

Issue Summary: When jumping off platforms, contact with the floor resulted in instant death in a few places. It happened for two players, neither of which was hosting. Team composition was: Host – salt, BH; bardin, ID; sienna, BW; and Bot – Kruber Merc. The dwarf was killed twice in this manner; sienna was killed once. B - B - S. For the first instance, B was holding a Grim; third Instance S was holding a grim. Screencaps of where the deaths happened. Last one might be off a little; I was play…

Into The Nest: Insta-death on ledge drop bug Vermintide 2 - Bugs

I know @FatsharkJulia has mentioned that it’s a connection related issue to the game getting desynced, e.g. here Insta death out of no where
But the fact that it happens at this particular spot over and over (and not the dozen of other parts of that map where we drop off ledges) suggests that there’s something broken about that particular spot in the map.

[Attach a Screenshot and/or Video Evidence] 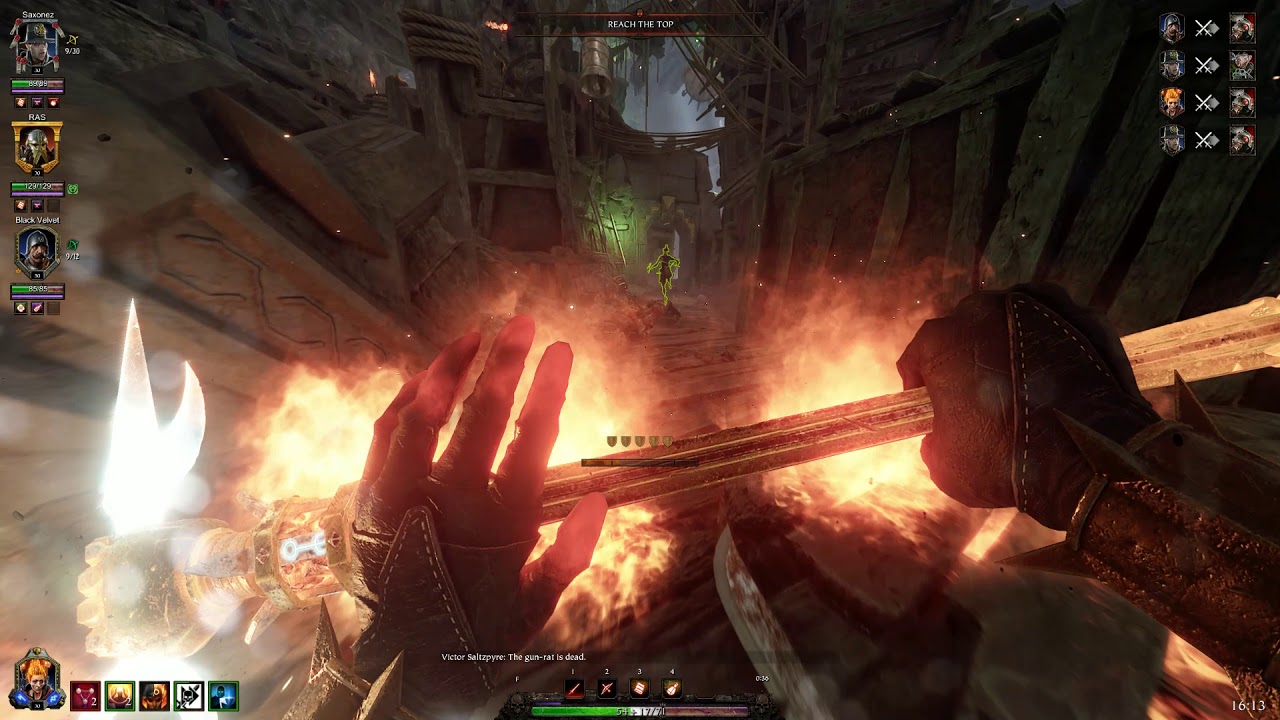