Guess what, I’ve managed to record one of thesee silent backstabs, finally.
It was metal weave of 100+, I don’t remember exact number. I killed CW and tried to snipe some special, when mauler overheaded me out of nowhere.
Was it because I paid little attention to my surroundings? Or because of metal aura and other noises? Or did mauler spawn right behind me already attacking? Possibilities are endless.
Here’s the video: 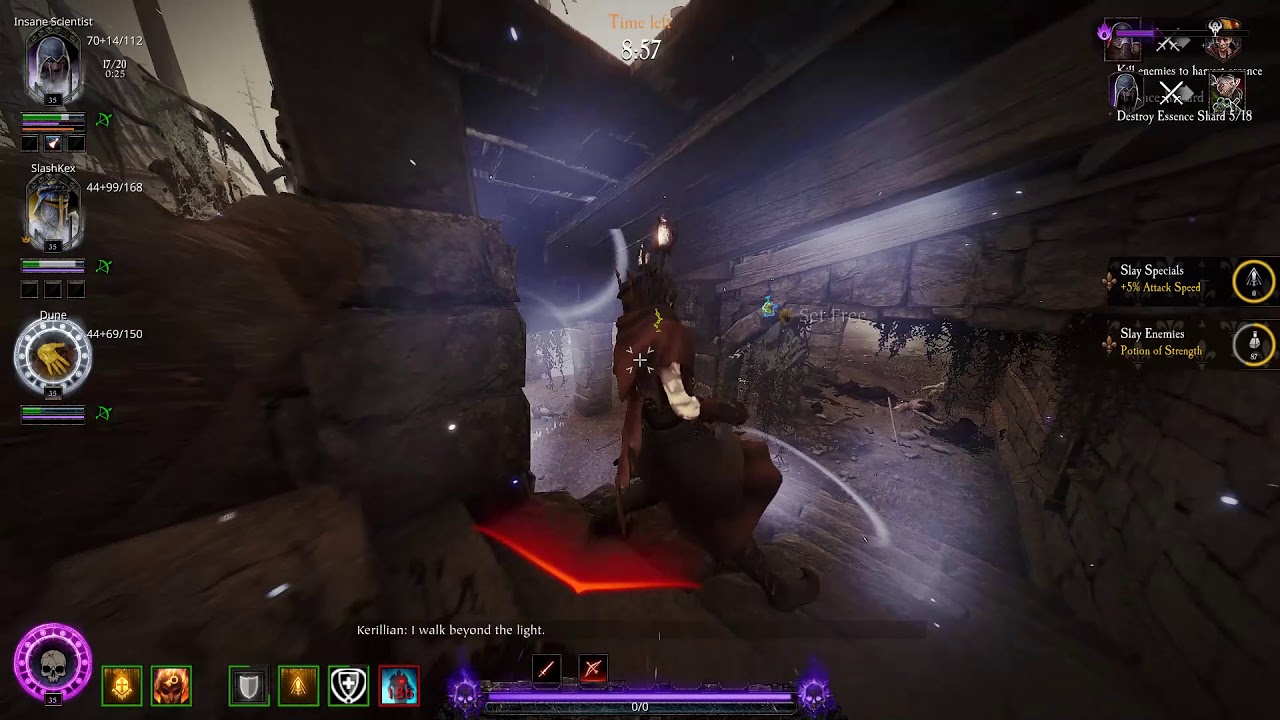 I agree with @Harridas on this because backstab sounds have been increasingly unreliable over the years.

And if you play on Client, they almost never play. I just got rekd by a single silent berserker from behind with no other enemies around so the sound wasn’t drowned out. It just did not play. Ping was 140ish.

Just in case you’re wondering, standard FOV is 60 for consoles and 80 for PC.

I can’t have mine over 75 or I get horrendous headaches.

Yeah, unfortunately this POV just isn’t very helpful for recreation because I can’t tell what the mauler that killed you was doing. Do you know where he came from?

Honestly, no idea.
The fight with chaos warrior took a lot of time, but there were no adds around until his death. Then the mauler showed up out of nowhere without any sound notification like enemies supposed to do (i.e. a shout “Take your skull!”). I became aware of his presence only after backstab.

Also I wanted to mention the fact sometimes hits can happen faster than the sound. So first you get hit, only then you get “swoosh” sound from behind. Or it’s such a close tie you literally have less than 0.2 seconds to react.

To anyone bringing “you actually seen him” and other arguments trying to make sense out of inaudible backstabs I’ll just reply with this: 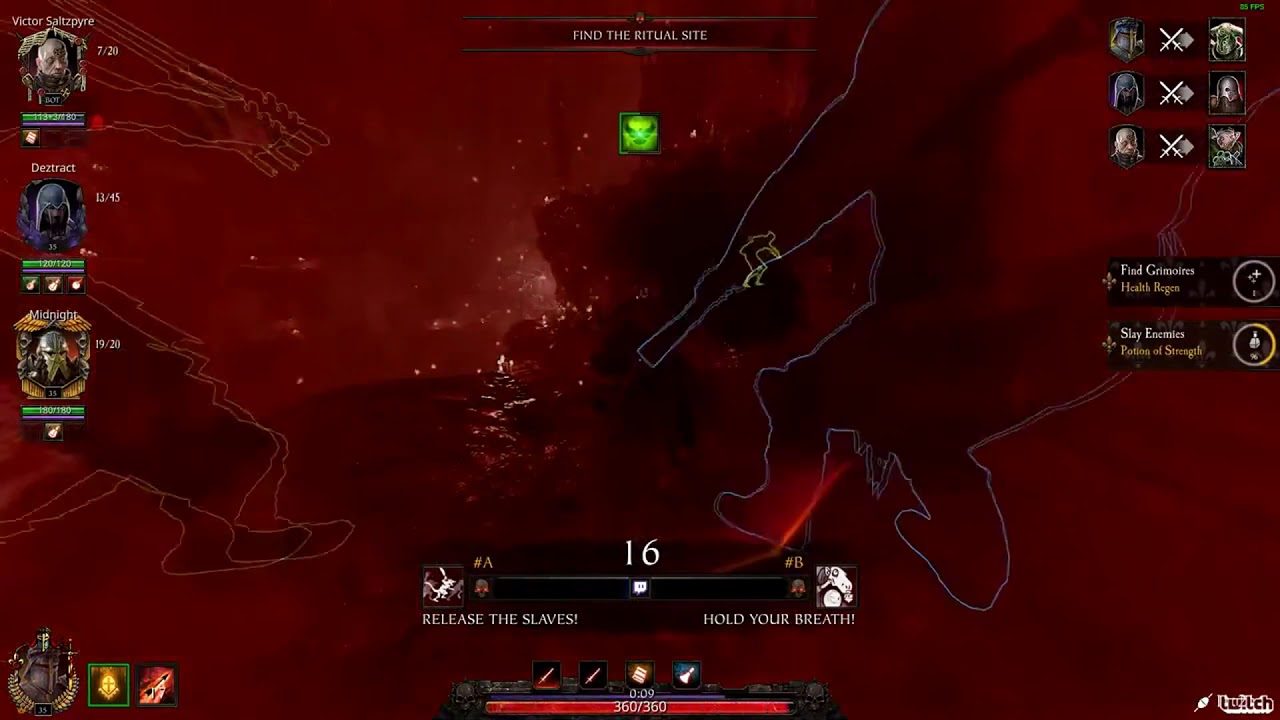 Enemies can definitely spawn behind you. That’s confirmed for a long time and countless materials supporting this has been provided by different players.
And enemies can spawn mid hit without any animations (as you can see in the clip above).
The same way they can spawn behind you without any backstab audio coming for you.
Also IIRC FOV has nothing to do with backstab sounds. I’ve started playing with basic FOV and currently I’m at max 120 FOV. Soundless backstabs still happen too often. At this point 90% of experienced players I know just NEVER trust the sounds and rather dodge and block randomly and look around than trust this game with it’s audio.

The video is private, just saying.

Let’s not forget the fake backstab sound when it plays for an enemy not in your back or flank.

Quote from the patch notes :

Changed a flag to try to prevent Maulers phasing in/out of existence. Please do let us know if you see it still happening.

To anyone bringing “you actually seen him” and other arguments trying to make sense out of inaudible backstabs I’ll just reply with this:

I mean, if you don’t understand the problem we’re trying to recreate I guess it wouldn’t matter. Surely I don’t have to explain that silent backstabs are an audio issue that is separate from enemies spawning in behind you mid-attack, right? I mean, maybe I do but I shouldn’t. If you want the problem to be fixed, you have to actually find a way to replicate the bug. That’s really the only way to pinpoint the error in the code. It’s not trying to “make sense” out of inaudible backstabs, it’s actually finding examples of audio not playing. I have only seen 1 or 2 in this entire thread that was a legit audio issue and not sound being drowned out or another unrelated bug. I would love to get a third-person perspective clip of those two or similar situations though.

I mean, if you don’t understand the problem we’re trying to recreate I guess it wouldn’t matter. Surely I don’t have to explain that silent backstabs are an audio issue that is separate from enemies spawning in behind you mid-attack, right?

Flew over your head. Point was to reply to people that were pointing out irrelevant stuff like “you saw the enemy” or “your FOV has something to do with that” trying to make sense out of inaudible backstabs or find any logic behind them. My reply showcases the fact that it doesn’t matter if this guy saw his enemies or whatever, they still can spawn literally behind you, mid attack animation even. And you’re lucky if there’s any sound.
And I don’t get any debate on the topic. They happen. If backstab sounds worked good enough there won’t be so much complaining about them. And don’t get me started on the fact you can get backstab sounds without ANY enemy in your proximity. Forces you to block + dodge and watch behind you, but there’s nothing.

Enemies spawning behind is a separate issue to the inaudible backstab bug. (The Mauler issue was also supposedly fixed with the most recent patch)

also no one’s debating if backstab issues exist, it’s a matter of being able to consistently reproduce the issue(s) so it can be fixed.

And I don’t get any debate on the topic. They happen. If backstab sounds worked good enough there won’t be so much complaining about them.

Well because saying they “don’t work” and saying they need a re-work are two different things. It is very important whether someone looks at an enemy under the current system. There is only one point in every attack where a backstab is triggered. If you’re looking at the enemy or swivel your camera over an enemy during that time, you will not get a backstab and you are not intended to get a backstab. An egregious example of this is the monk clip. He looks at the monk when the monk makes the noise indicating it is beginning a flurry. I have no clue where the monk came from, but the audio is pretty clear. Then the player turns around to fight and gets killed by a monk flurry a few seconds later. The audio worked as intended. However, there was an issue with the monk running through a wall and an issue where you only get backstab noise for flurries on the first attack of the flurry. None of the subsequent 5 or so hits make backstab noises.

If you want to complain about the audio system, that’s fine. It’s not the best. But if you actually want to try to fix the issues you need to understand the system and know when the audio system itself isn’t working. Otherwise, its a different bug or general feedback on why the current system should be changed.