Alot of cool cosmetics are on the horizon, and a basic crusader cosmetic was included this week for Zealot. I am hoping they add a set of Ignatus Power Armor for Zealot even if its a different subclass like a crusader.

Out of curiosity, got a picture of said armor?
Cuz I have no idea what it looks like and can’t find anything of sorts.

After doing a bit of searching, it looks like a lighter power armor typically only used by inquisitors, it doesn’t have full coverage.

Op is nuts if he thinks the inquisition would waste such a rare artifact on someone who just earned their right into the warband.

The cosmetic released this week was based on one of the Crusader power armors typically used with a storm shield and power sword. That kind of indicates to me they have no intention of adding the crusader as a subclass (unless Zealot cosmetics are interchangeable). As far as cosmetics go they are just that, and would be no more canon than some of the sets they have already released. I would not be surprised if they added a space marine helmet at some point because people would buy it. I know I would. All I’m asking is for them to add a proper set that actually looks like a set of power armor. As far as not wasting artifacts on a reject your character has access to power weapons some of which are extremely rarely and ancient.

If you look up a 40k crusader with the sword and shield you will recognize the set Zealots got this week as a version of that which in itself is power armor, so it’s not far fetched. I will link a few picks of the power armor I am talking about here. 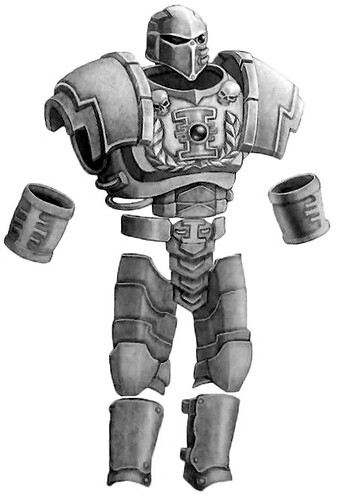 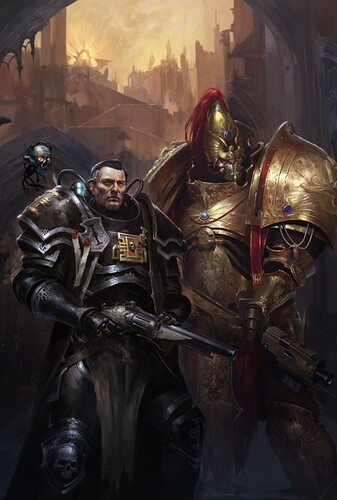 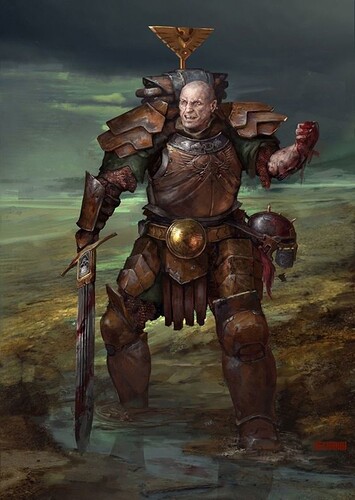 Arik_Taranis1000×1407 253 KB
This last one is probably something like I would expect in game although both are great examples. Although a proper piece of headgear for it would be nice, Emperor knows the Zealot could use it.
1 Like