Grail Knight by comparison is a weak hero

Why buy a career for it’s usefullness. Why not buy because he has a cool theme and is well designed. Buying a career for talents or things that can change is not the best idea.

ya thats the thing. gk doesnt look cool to me. he looks like a court fool/clown with that outfit lmao. also the lady is a elf so … /spit

edit: why is that happy face so massive O_o!?

No it is not irrelevant. Cata is part of the game. People who don’t play cata may not like that fact, but I pretty much only play cata so for me it is almost 100% of the game, and on cata certain aspects of a weapon can fall off harshly.

BTW, 90% of the feedback here is about Legend or Cata, its generally safe to assume that most people here play on those difficulties regularly.

Just recently realised how strong the STR pot on him is, as it’s a guarunteed Patrol kill or a big chunk of Boss damage.

For safety, it’s probably the better pick on that row.

The str pot is prolly his best talent overall, its great how useful they can be, and the kill counter is adjusted for weaves so its useful there as well.

This is semi-related to the thread but I wanted to say what could make GK better. At the moment I feel like he is very vulnerable to certain things and here are some changes I believe will help.

Bretonnian sword and shield:
This is a good weapon. It has good crowd control, good elite damage and high dodge count for a shield. However, since its only on GK I think it should be buffed to have more utility.

Read through the entire thing. 3 topics that came up: Boss killing power compared to Bh, Shade etc., the main question; is he weak by comparison, and comparison to Merc.

Careers trivialising bosses/Lords are nothing new and but I’ll just copy my thoughts from this thread: Grail Knight trivializes all monsters and lords

To my knowledge all bosses and Lords have some level of damage reduction. This could be increased and/or perhaps introduce a damage capping mechanic for bosses and Lords that simply does not allow the player to deal more than X damage within 0.something seconds. I think this would work best if the damage was % based rather than a flat number.
Also, I do not know the time interval between GK’s ult’s first and second hits while dual daggers count as 2 hits and the same goes for BH’s Double Shotted, hence limiting damage per hit rather than a short time period would leave us with outliers.

My experience: I have taken GK to weaves; grey ones specifically, Cata+, hypertwitch and cata FoW

Is GK weak by comparison? Yes, without question. Grail Knight has actual glaring weaknesses, areas of combat(ranged not included) in which he does not excel in and he cannot be built in a way that makes him able to deal with everything. Good. You may actually have to back off from an engagement rather than going in without a single care. Forcing you to work together with a teammate that can cover for your WEAKNESS in a CO-OP game. What a time to be alive.

This is most apparent in FoW and hypertwitch where you have a lot of everything coming at you and you need to be able to kill them. Depending on your weapon/property/talent choices you will struggle against at least 1 type of enemy.

Is GK weak? The higher the difficulty the more useful he becomes. Proxying a strength pot at every 200th kill shouldn’t even need an explanation. With Kruber’s melee arsenal he can: stagger(Virtue of Ideal gives 10% power on kill so even for a shield build, taking Enhanced Power is redundant) rather well, and regardless of what melee combo you take, you will be able to kill almost anything at melee range. Take weapons which have weakness that are covered by your teammates weapons/ult. E.g. UC w/ Flail will stagger everything in sight so you can go full damage with M&S, Xsword. and Audacity. You lack armor damage? Bring the 2h hammer and so on.

Compared to Merc? GK is better at dealing damage because of Knight’s Challenge and Virtue of the Ideal, whilst Merc has better cleave because of his talents giving power(Power =/= Damage) and his passive, Hitting the Sweet Spot, and Merc’s ult brings more to the team in the form of thp and DR. At 1 stack of Virtue, GK does slightly less damage and at 3 stacks,20% crit power and 10% chaos you can 1 crit headshot a CW on cata(On legend you can 1 shot headshot CW with 20% chaos at 3 stacks) with the Xsword.

As a career Merc is better(a topic for a different thread) but GK does more damage.

GK is replacing every aspect of Slayer. Have you even played GK and Slayer for at least 200 lv?

wot. that’s not the case at all

I cannot stress enough how much I hate the 2h hammer, and I find Exe sword lacking in comparison to Bretsword in terms of attack speed and I like the parry on charged attacks.

You hate it that much, that doesn’t mean it’s not incredibly strong in killing elites.

Maybe it does, but it sucks so much in all other regards that it makes it completely worthless.

No it doesn’t lmao, it has incredibly strong hordeclear as long as you aim for the heads, with incredibly strong elite damage too back it up, it only lacks in defence, which means you need good positioning. It’s one of the strongest weapons in the entire game on GK and Merc.

The hordeclear cannot be as good as any other one of Kruber’s weapons. The only horde clearing 2h hammer has is headshotting with slow, heavy attacks ; which by my definition is everything but “incredibly strong”, specially when compared to, again, any other weapon. 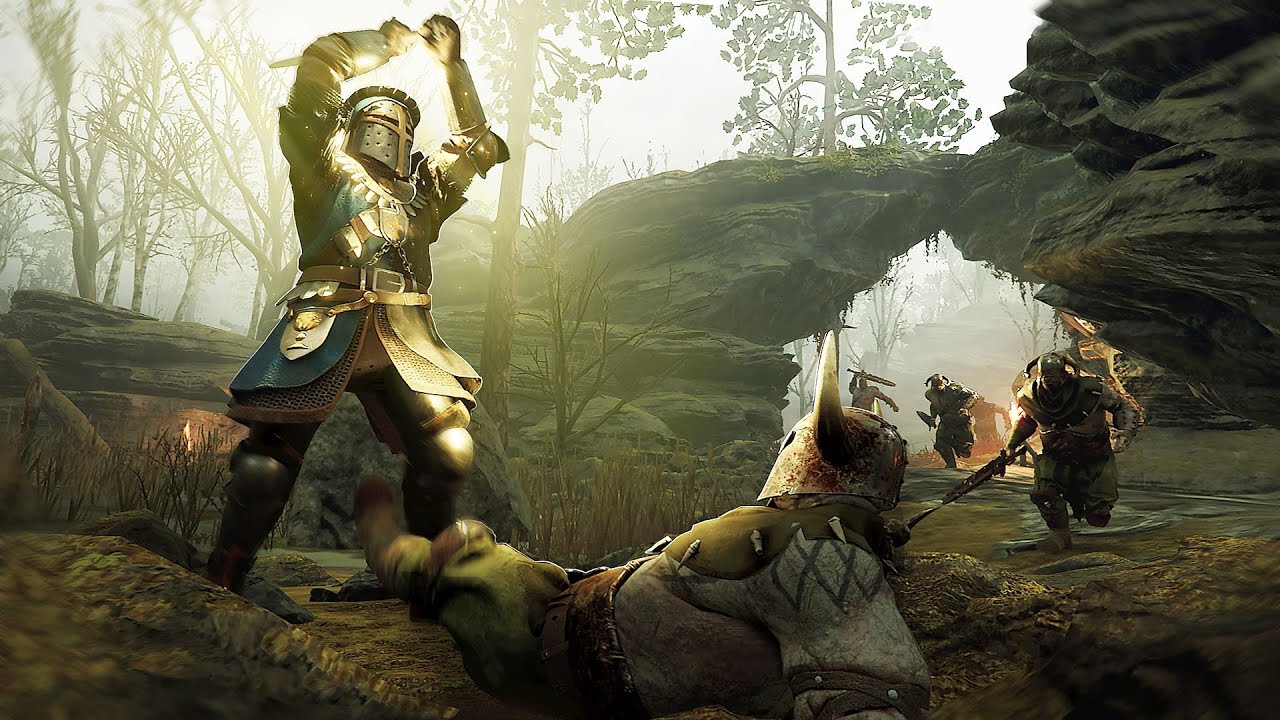 Here’s a video off me using Executioner and Bretonnian shield on Grail Knight, as you can see, it’s quite effective with the right positioning.

As much as i hate showing the scoreboard too show how effective a weapon is, it is a decent way off showing the hordeclear capacity off a weapon.

I think he was talking about the 2H-hammer

I cannot stress enough how much I hate the 2h hammer,

You hate it that much, that doesn’t mean it’s not incredibly strong in killing elites

but it sucks so much in all other regards that it makes it completely worthless.

it has incredibly strong hordeclear as long as you aim for the heads,

The only horde clearing 2h hammer has is headshotting with slow, heavy attacks ; which by my definition is everything but “incredibly strong”,

Just to show the argument chain. The video may be nice (havent watched it) but it uses the wrong weapon. I think the confusion started here:

I cannot stress enough how much I hate the 2h hammer, and I find Exe sword lacking in comparison to Bretsword in terms of attack speed

My bad, i should have paid more attention, L.

I think that overall he’s pretty good, i play him with mace&sword+exec sword with 60%stam regen+60%blockcost reduction. The only thing that feel underwhelming, imo, are his ults. The boss killing one seem fine but the other two option are meh.

The mouvment speed one can be useful but it’s just an “extra” witch means you can do just as fine without it. The horizontal slash has some good stagger but damage wise it’s pretty pathetic, it cant kill more than 3 marauders and is on a such big cooldown. Only the killing boss ult seem to be pretty adjusted for a 40 secondes cooldown.

The horizontal Slice is a very good option, because it allows you to get rid off elites/ specials inside a horde, It makes up for his weakness. It’s a tradeoff between boss damage and a safety net.