Give CK the Halberd... please

I’ve loved this game for a long time. I would like to humbly suggest giving Grail Knight the Halberd to use. It seems like it’s prohibited for lore reasons, but I would like to make the argument.

I can’t see this upsetting the meta in any way by just letting him use an all-rounder primary.

Doesn’t work due to lore implications

Halbert, lance and such are considered peasent weapon, the only weapon of the sort Gk could Lorewise get is a Sea lance [those with 3 point] as it’s also the Symbol of one of the Bret. Kingdom

Theres the noble grail knight that uses a trident.

Ah yes that’s the name of those things, as for the other weapon Grail Knight have canonically:

War Axe [iirc 2h]: The Duke of Brionne use one

Flail: I don’t remember if there was a named character but I do know about a minis

I totally agree. I think arbitrary class restrictions for certain weapons are a terrible idea, especially for paid weapons. Obviously slayer should not be running around with a torpedo launcher but there is no good reason Grail Knight shouldn’t at least be able to use the spear. People justify it by saying “they’re peasant weapons”, as if running around with a sword and mace like a back-alley thug isn’t far more haggard.

In my opinion after the recent content addition GK is probably the most boring to play character with the most limitied gameplay. The fact that they decided to make a melee weapon for Krub that GK can’t even use looks like a bad joke to me, especially if you compare it to OE who shines now with his new Partolnbossremoval Wunderwaffe.

I want to be a ranger with a torpedo.

War Axe [iirc 2h]: The Duke of Brionne use one

Personally, I was expecting the Bretonnian Great Axe as the new weapon for Kruber in the CW. Simply because the Great Axe is a) a real man’s weapon and b) Kruber have lacks of melee armor-piercing weapons.

GK can use weapons that have “SIGMAR” written all over them. Obviously the Lady would not be happy with that, but these are desperate times.

I think this is not a big problem. It is unlikely that the Bretonnian knights would refuse to use the imperial melee weapons, which they received as a reward / gift / as a tax or a trophy in the Imperial-Bretonnian war.

But nevertheless, for me in my solo game roleplaying very important and I think it would be very good to get an illusion set for Kruber’s Bretonnian-style weapon.

Such peasant weapon should not be used by a noble man like GK!

JK. Lore aside, I don’t think GK would be able to utilze Halberd to it’s full potential because he lacks AS which is critical to the weapon, or Crit to activate SS for AS.

Halbert, lance and such are considered peasent weapon, the only weapon of the sort Gk could Lorewise get is a Sea lance [those with 3 point] as it’s also the Symbol of one of the Bret. Kingdom

No, the LANCE is a weapon of a Knight, how do you think Bretonnian Heavy Cavalry works?
The only Knights that forsake the lance are the Questing-Knights, because they give up on titles and land in search of the Grail.

" " I set down my lance, symbol of the duty… I spurn those whom I love, I relinquish all, and take up the tools of my quest… No obstacle shall stand before me… No plea for help shall find me wanting… No moon will look upon me twice lest I be judged idle… I will give my body, heart and soul to the Lady whom I seek. " 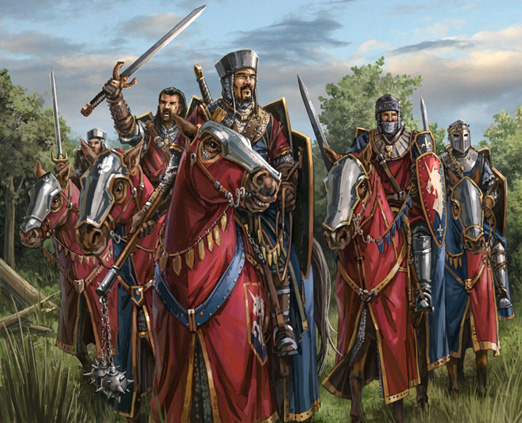 "I set down my lance, symbol of the duty... I spurn those whom I love, I relinquish all, and take up the tools of my quest... No obstacle shall stand before me... No plea for help shall find me wanting... No moon will look upon me twice lest I be...

What you may thought was this Sons of Bretonnia | Warhammer Wiki | Fandom THe Sons of Bretonnia are basically Males with Magic Talent that get whisked aways same as the Femals (who become Damsels) and later use Tridents as weapons.

The SPEAR could be considered a peasant weapon, but the Sons of Bretonnia seem to use some too…but in the End a Spear is can be used as a Lance so who knows, GW is not always that clear and consistent with the lore; some Bretonnian Peasants also use Polearms.
Bows and Trebuchet are also operated by peasants.

Bretonnians have Gunpowder-Weapons, but only use them on Ships.
" [Bretonnia] does not use gunpowder weapons in it’s land armies as they are considered unchivalrous. However it’s navy is equipped with cannons." 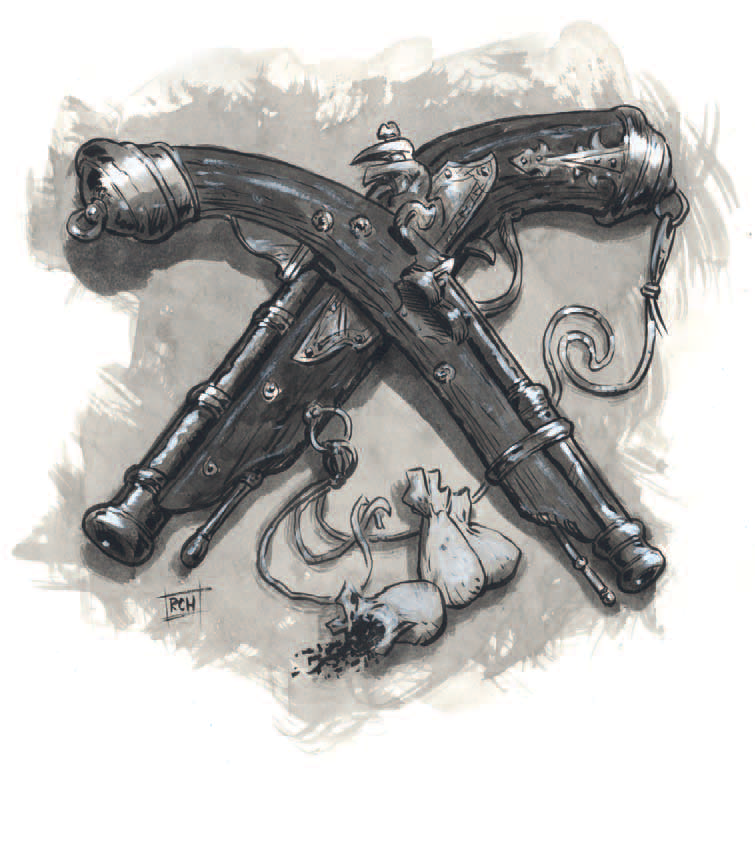 "Guns! Explosions! The smell of fire and fear! Gentlemen, there is nothing better, nothing on earth. What sport would war be without it? They say that the age of Sigmar was the age of heroism. Don’t believe a word of it! These are the days of glory,...

The Duke of Bordeleaux (Bordeleaux | Warhammer Wiki | Fandom) who uses the Trident as a weapon also has a fairly good sized navy apperantly.

As the OPs original Point.
The Grail Knight simply does not need another weapon. Bretonnian Longsword and Sword´n´Board are all he needs, you cleave through everything. If you want to up it one notch further, just take Executioners Sword to basically One-Shot nearly everything (Smiter + 25% more dmg on HeavyAttack) and the normal Greatsword (Cleave becomes ridiculous with dmg talents).

I would rather have it, the Footknight and Mercenary could use the Breton Shield/Sword combo.

In the End you have to consider, that Bretonnia is on a technological level not as advanced as the Empire.
While in Medival Europe around the 14th century the use of Poleaxes/Polearms became common for a knight on foot because of the introduction of Plate-Armour, Bretonnia basically exists somewhere around the 11th ? century, basically 1st Crusade-Type ARmour and Weapons. Think Norman-Knight in Chaincoat, Kiteshield and so on.