Future optimization for the game?

Basically will we be seeing more optimization updates for the game? I’m running 16gb ram, i7-8700k and a 3060ti, originally I had a 1060ti when the game first came out and played it a ton with that up till about December 25th. That’s when I got myself a new 3060ti and upgraded my GPU then. I was hoping that with a 3060ti I could manage around a consistent 80fps on low to medium settings, but honestly playing the game with my new 3060ti doesn’t feel much different than when I was playing with my 1060ti maybe a small increase on the same exact settings of everything barebones.

I’ve had a lot of people tell me it’s due to horrendous optimization and this wouldn’t be the first game I’ve played that suffers from that. ie Arma III or Planetside 2, but unlike those 2 games I LOVE this game with all my heart it’s been my main grind since it came out but it’s really depressing to see that after buying and slotting in a brand new expensive ass GPU, there is barely any performance increase.

TL:DR Will there be future optimization updates for the game because I feel like my rig should be getting me more frames than I am actually getting love the game with all my heart, depressed that my new gpu has barely made any impact on the game compared to my old one.

Side note: My new GPU when gaming reaches a maximum of just 74degrees so it’s not really overheating that much considering the temps it’s meant to operate at, being just under them.

I don’t know about you, I have an RTX 3070 + i5 11400f , no problem. 150-120 stable. Only in hordes drops to 90-100 fps. Apparently the game is optimized only for more recent hardware (It concerns processors and likes to sub-memory) screenshot quality, compressed by the site. 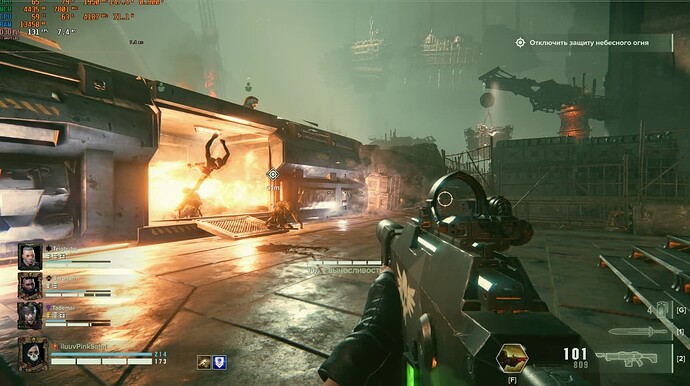 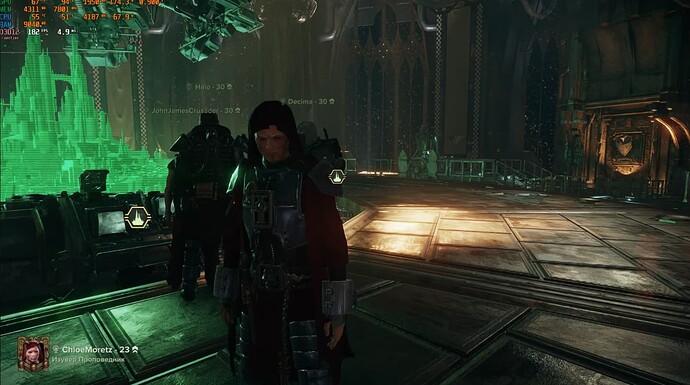 I agree there should be more optimization, none of the modern gpu’s can hit good and stable FPS on 4k without having dlss or Fsr like features turned on, even when not using raytracing.

I’m starting to fear that dlss and fsr will just make developers not focus on optimization and then just strap them on to “fix” the issue.

You can’t run this game well in 4k, not possible. I think the frame rate is mostly determined by the cpu as low and high graphics settings give me the same average frame rate. You can’t run it well at all on a one generation old gpu either though.

You don’t seem to know what the word stable means in context of FPS.
Let me clarify: your framerate is highly unstable, varying from 90 to 150 depending on situation.

I’m not playing on 4k. I always play on 1920x1080. I have a brand new 3060ti I got at the end of December and my old ass i7-8700k. With all that I really struggle to even hit a consistent 60ish fps. Which is depressing as this is my FAVORITE FAVORITE game I’m willing to look past any of the problems it has besides this. I love the game but it keeps treating me like trash performance wise and idk if I can afford a new CPU to help mitigate this. I’m running the game on low everything with medium textures and skin subsurfacing that’s it and I can barely manage a stable 70ish frames now after some optimization I did tonight on my end by swapping the game from my HDD to my SSD.

Fatshark please I’m poor I can’t afford a new CPU and I absolutely love this game, don’t kill my love for it with bad opti.

I waited so many years ever since the first reveal for this game, the only other game I’ve waiting so long for to enjoy was Bloodborne. If I’m holding Darktide that near and dear to me like Bloodborne then please focus on optimization before focusing on the shop.

Your cpu is quite old so that’s on you and not the developers (not defending the sh*t optimization).

I’m starting to fear that dlss and fsr will just make developers not focus on optimization and then just strap them on to “fix” the issue.

I don’t know why are you just now “starting” to fear this, it’s been a thing for a couple of years at least.

Because this is the first game I’ve played that has ran so badly that I’ve actually had to use it.

In other games you can just lower the settings, but in darktide you only get a few fps more when comparing ultra to low presets (raytracing off ofc)

I do plan on upgrading my CPU eventually when I can afford it and when I figure out what a good model for gaming is… I prefer intel cpus if anyone has any suggestions. Keep in my whatever I upgrade my CPU to I’ll have for a long time so something that isn’t about to be at the end of it’s life cycle would be nice.

But yeah optimization does feel kinda bad too…

I was told to look into either the 5800x3d Ryzen, I’m very unfamiliar with AMD tho. I was ALSO told to wait till February to check out their new x3d line. So assuming I want a good CPU that’s gonna last me a long time for gaming? What would you suggest in both the intel and amd department? Anyone who sees this can also answer.

My system spec is:

I think it does need some optimization. I should be able to push RTX a bit higher than low with this system spec.

To pre-empt any questions re “Storage (Games only): 2x 1TB Samsung 980 PRO M.2 PCIe Gen4 x4 NVMe SSD in RAID0”; these share a PCIe Gen4 x8 lane back to the CPU using a Gigabyte AORUS PCIe 4.0 AIC NVMe SSD Adapter. In CrystalDiskMark with these in RAID0, the reads are about 60% faster than a single SSD, the writes are just shy of double. I wanted to try and push the storage speed as high as I possibly could with this system build to minimise load times in my games and take advantage of DirectStorage when more games started using it, but a year on and still not much out that uses that tech.

Well I think my main problem is I am CPU bottlenecked it’s what I think and it’s what everyone I’ve talked to in the discord tells me. However the dumb part is no matter how high I crank up the gpu settings I can’t get my GPU to take on more work. it’s always below my CPU Utilization or sometimes equal to it, I haven’t been able to get a consistent 100% out of my GPU, or even a consistent 75%

Side note, what is a good amount of worker threads to enable in the launcher settings? I’ve tried 10 5 4 and 2 and I’m honestly not sure which is best? It’s hard to keep track of everything I’ve been doing to boost performance these past weeks.

I’ve HEARD that this worker thread slider causes the cpu to do more work the higher the slider is… So that would mean if your cpu can’t handle higher amounts that it’d result in performance loss. But I’ve also heard that the lower the slider is the worse the performance is like whut?

I have mine set to 21 threads because my CPU has 24 threads, and this was default. You just need to leave a handful aside for the OS and things like Discord if you have a CPU with enough threads. If you don’t leave any free then other processes will need to queue with the game and it will reduce performance of both the game and other programs (as I understand it, anyone feel free to correct, I haven’t specifically looked into this recently and may misremember). Too many is bad, too few is bad. I’d just recommend using the default it set for you.