did someone try it?

Do we have to?

Considering the price has been reduced 3 times in less than a month since it launched… no, I don’t think I will try it lol.

so nothing that we are not used to

I wasn’t particularly interested in it even when it was announced. The things I’ve heard afterwards (repetitive and boring quests, servers feeling empty, players being left to their own devices and expected to produce content for the game) have put me off even more. So unless something changes about the game significantly, I won’t be even considering its purchase. Some people may like wandering an empty “multiplayer” world (where there’s hardly any regulation of player activity, it seems), but I don’t.

ah so no more story/lore to learnt?

seems my old glories are all falling one by one

No man Fallout 76 was a catastrophic failure, not going to go near it even for free. The price will never change a shitty game. Why am I going to spend even 5$ on a shitty game because that won’t even hold my interest?

Actually before V2, I was playing through Far Cry 5. Honestly, I dont know why Far Cry 5 has so many good reviews, its actually a VERY BORING GAME. Has all the elements to first appear as a decent, interesting game, but after a few hours with it, its bloody boring!

I didn’t even care to play through the whole thing. Its all so bland and boring, I would not recommend the game to anyone. Flashy tech and graphics does not save it.

Just last night, I was playing V2 as usual like a masochist hosting lobbies for punishing legend deeds. Ive put over 600 hours in V2 and I still enjoy the game. Definitely something special in this game!

No man Fallout 76 was a catastrophic failure

It is a absolute trainwreck and reveals the true colors of Bethesda who are offered so much praise they clearly have not deserved in years. They’re as bad as EA, Activision and the lot, it shouldn’t be a surprise to anyone.

Advertisement of collectors edition and the actual product, about as umgak as the game itself. :>

Agreed. The big corporate houses are starting to fall flat because not listening to gamers and worrying only about investors and shareholders can only go so far. The game company titans will fall.

Unless of course they start listening to gamers again.

Never has there been such a huge divide between developers and gamers. The titans are all chasing $ and profits but they are losing.

I think the only gaming house thats still on the ball is Rockstar games. They have some polished high end products. Bethesda, EA, Blizzardvision etc they are all suffering now because they stopped listening to gamers.

Now the FTC and the Feds are going after lootbox systems that people pay for. The practices borrowed from the Asians and the Far East isnt going so well in the Americas and Europe. Let the shady chinese game companies do their immoral scammy tactics, thats another subject altogether. Theres actually tons of money sunk into terrible paytowin games that seem to be popular with Asians. Companies are greedy, they see the opportunity and they want to cash in. But people who recognize it wont buy into it. I never understood how people enjoy games that involve competing with the size of your credit card balances.

While they certainly produce games with more quality and content, don’t forget the shark cards. GTA Online is horrendously pay to win, especially now. They’ve got some bad things brewing, though it is likely safe to assume this is Take-Two Interactive (Rockstar’s parent company) pushing microtransactions, though seemingly given a free pass even in todays climate.

CD Project Red shine like a beacon in the darkness, though. Fingers crossed it’ll continue to be.

Now the FTC and the Feds are going after lootbox systems that people pay for.

Yup, it’ll be exciting to see what happens down the road. It is unfortunate that the industry doesn’t seem to be able to self regulate, due to the almighty $$. But if it wont self regulate and avoid exploitative practices, so here comes governments. :>

If one thing I know as a Canadian citizen, please dont f__k with the Americans. Legally its the one country you don’t wanna mess with its citizens in any legal binding capacity, they WILL go after you.

Lol even in other countries we KNOW the US Feds are serious, and I agree it will be interesting how they want to regulate the scammy practices.

Once the US Feds are involved its pretty serious business! It might and likely will take time but the US government is scary in the fact that eventually paperwork gets done and literally its possible to face consequences on US soil if you break any federal laws. Even if you have never even been to the US before!

At least in Canada, you cant get away from their legal system. Canada extradites citizens all the time for breaking balls on US federal laws its serious stuff.

It is a absolute trainwreck and reveals the true colors of Bethesda who are offered so much praise they clearly have not deserved in years . They’re as bad as EA, Activision and the lot, it shouldn’t be a surprise to anyone.

Advertisement of collectors edition and the actual product, about as umgak as the game itself. :>

lol, people were so upset about that collectors edition. The devs gave them 500 in game bucks to make up for it. Those 500 bucks are enough to buy a door and some flowers. What a slap in the face lol…

man… bought out of faith, then read your comments, then checked the internet, then asked for refund

where is my monkey island?

Never has there been such a huge divide between developers and gamers. The titans are all chasing $ and profits but they are losing.

Yup, it’ll be exciting to see what happens down the road. It is unfortunate that the industry doesn’t seem to be able to self regulate, due to the almighty $$.

@Fatshark_Hedge
I just want to note that your grind system is almost as horrible as EA’s 40h to unlock a single hero was there.
The only differences are that this isn’t a competitive game and only weapon drops and the heropower grind affect gameplay. To your credit there is no way to skip the grind with money.

It still is an ever present reminder of your inability to really listen to what the player actually wanted. Yes we wanted more diversity from V2 over V1 and you delivered on that with new enemies, hero careers and even a few new weapons while the map pool took a considerable blow. BUT directly behind this and all the reviews pointing at the buggy release of V1 people complained a lot about the grind and I mean a lot.

I personally didn’t mind because the wild west of modding left me access to every item in the game at a moments notice including those nobody was supposed to get.

PS:
I was sure I read the content of the worst Reddit-post of history in the description of one of your collector edition skins. You did well to remove it I really wanted to slander some more here.

Lol its a horrible grind system. If you are the type of player that plays for something or loot, this isn’t the game for you. Theres literally no motivation to grind daily or weekly quests. Took me over 500 hours to finally get 1 stupid hat that I like.

No one I know cares much about loot boxes anymore. I play strictly to enjoy the gameplay, thats it! This game is like a modern old school DOOM experience for me.

What would have been cool would be something completely out of the box for thinking in future. Lets say as a constructive suggestion, that you implemented some sort of lore library, or character models or something. Maybe even bits of history about the characters themselves, I dont know, maybe even mini comic strips. With the Warhammer universe available to you all you really missed some opportunity here

Throw that into your RnG system and have something else that can be unlocked. Maybe even rare bits of battle footage or something but that might be way too much to ask for, but an unlockable library with concept art, illustrations, character model figurines, something else. It would have really added some purpose for people to grind for. Imagine you collected figures for your own wax museum room in the Keep of different enemies. As you collected them/unlocked you get the statues. That would have been super cool!

Lets say as a constructive suggestion, that you implemented some sort of lore library 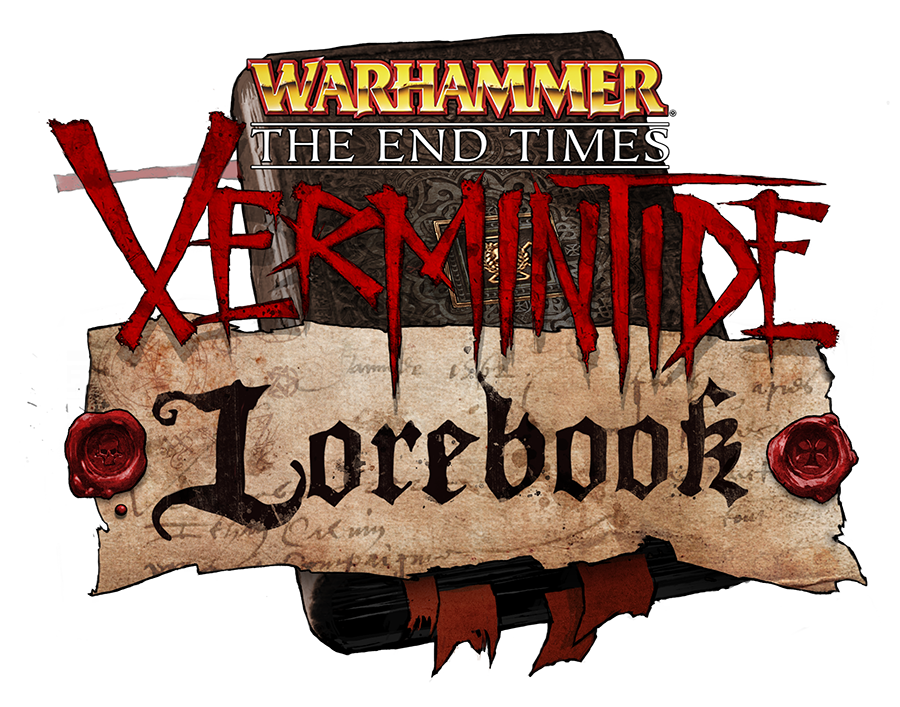