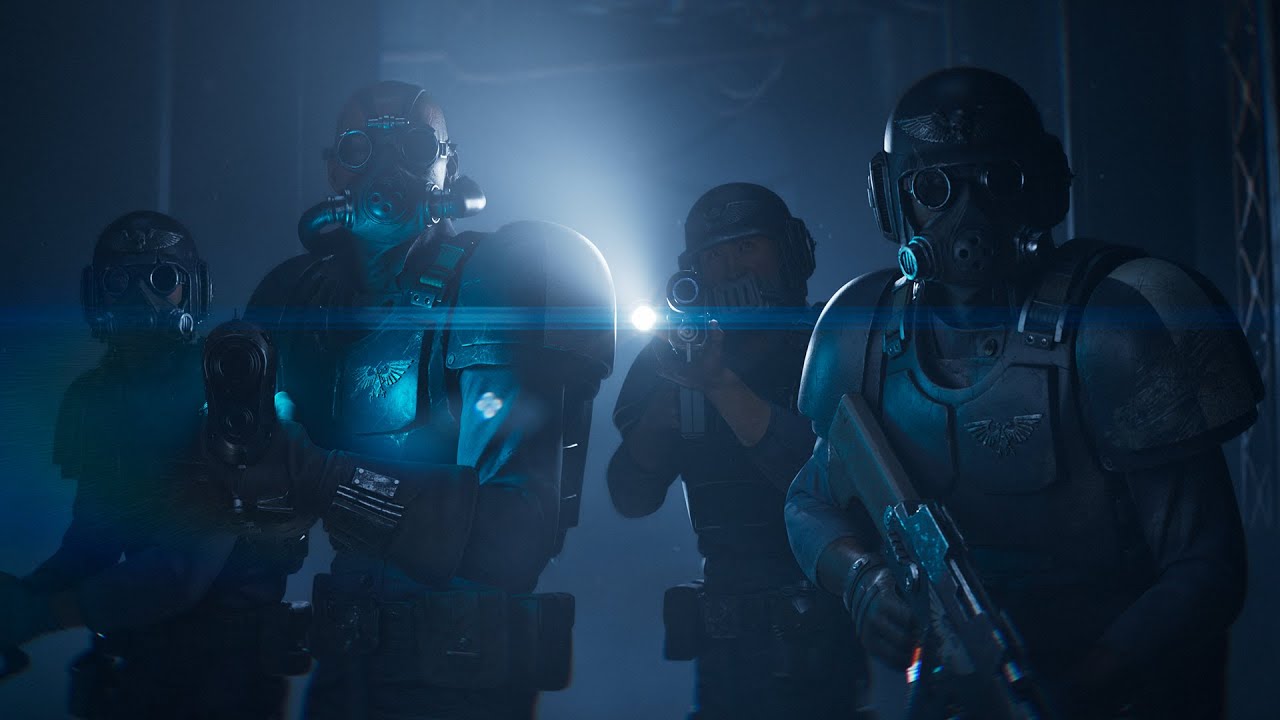 The cow must be milked while she still gives milk.
Atleast we now know why there is so few content for Vermintide…
but 40k might be the bigger fish

THE PLANET WILL BREAK BEFORE THE GUARD.

new game gets announced
"Well, looks like that’s it for V2, Failshark abandoning ship once more to milk another cow "
"So that’s where our money from microtransactions went, not into the game we apparently hate "
“Messed up their game and now moving on to something else, how shameful”

Man, If I was a developer I would totally hate my own playerbase.

Right?
I was happy when I saw Martin Wahlund legit replied to one of the youtube comments and said that they have tons of plans for vermintide 2. Was in reply to someone saying “guess this is the end of vermintide 2…” 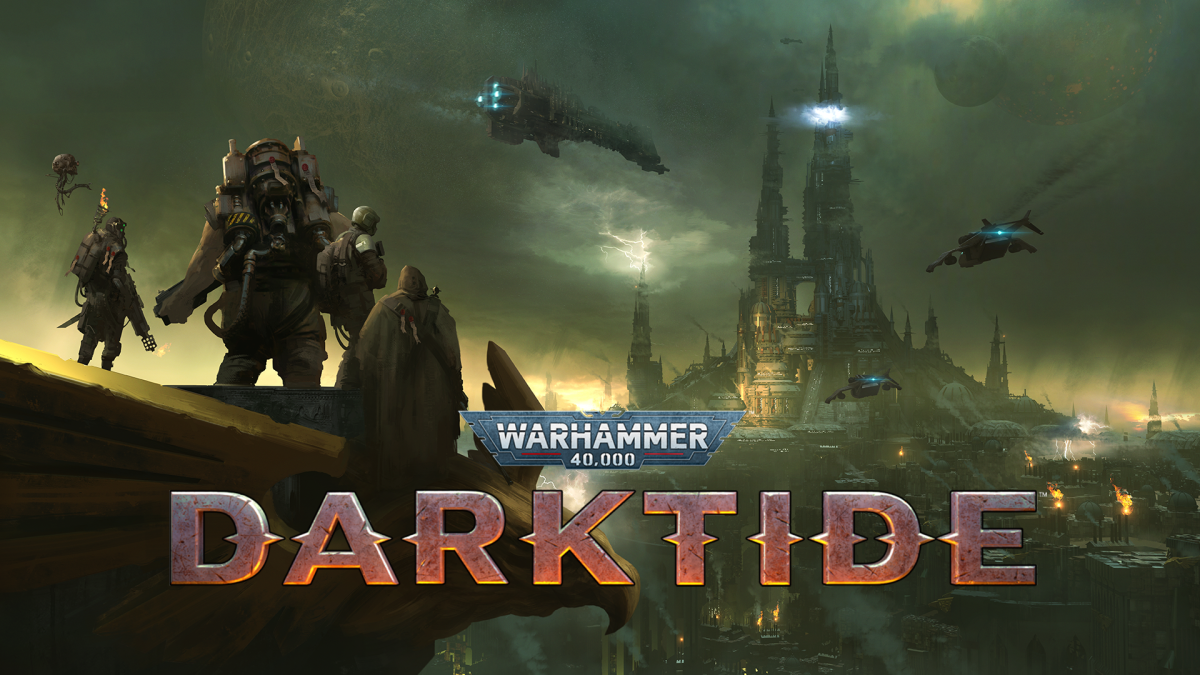 Warhammer 40,000: Darktide is a new co-op FPS from the makers of Vermintide

Imperium and Chaos clash in Fatshark's follow-up to Vermintide 2.

I don’t understand really. People are just waiting for anything that will give them a reason to hate on Fatshark.
I guess the Chaos Wastes expansion and all the remaining bonus careers mean nothing… they are abandoning Vermintide indeed.

Too soon to say about Twitch mode, but if you want it, be sure to tell us repeatedly!
~Hedge about Darktide

YOU KNOW WHAT TO DO, BOIS

I think the main thing here is how slow development has been and then a brand new game getting announced out of the blue, not just people wanting to hate on Fatshark. I don’t think brown nosing them constantly is the way to go either, companies are capable of making mistakes and let’s be honest, FS tends to make a lot.

Yeah and I don’t think anyone is brown nosing here anything. There’s criticism, and then there’s mindless complaining. It’s all just so cynical and tiring, and it’s factually untrue. Yes development is slow, loads of mistakes have been made and so on but that’s just how Fatshark is, and at the end of the day they still made the game and are updating it as we speak.

It’d be brown nosing if people were soyfacing over how good all the changes have been to the game and nothing about how things could be changed etc. I’m only saying that it’s tiring to hear this stuff. It’s not true and it’s annoying. To say developers can’t make new games is a bit weird.

I just fail to see how they’re going to be able to sufficiently handle Vermintide 2, Darktide, apparently a Versus mode all at the same time, if even now they struggle to fix broken systems that have been in the game since launch and players have been asking to have reworked. And if you take in to account VT2 launch, I think it was safe to say it was pretty disastrous.

I’ll wait to see how it pans out, I do personally want a more ranged focused L4D style game so I am cautiously optimistic, but I think people’s complaints about this are not ill-founded. Dismissing those opinions seems ridiculous.

I just fail to see how they’re going to be able to sufficiently handle Vermintide 2, Darktide, apparently a Versus mode all at the same time

And if you take in to account VT2 launch, I think it was safe to say it was pretty disastrous.

There were several factors for this from what I’ve heard. We’ll see if Fatshark does better this time.

I’ll wait to see how it pans out, I do personally want a more ranged focused L4D style game so I am cautiously optimistic, but I think people’s complaints about this are not ill-founded. Dismissing those opinions seems ridiculous.

Yeah, and that’s a completely fair and valid opinion to have. I’d say it’s the correct opinion as well. I’m not into 40k so I’m not personally hyped for it, but I understand it’s popular, other people want it and that game companies make games. I’m not dismissing any valid complaints, because there have been none. If you look in the steam forums, it’s essentially just whining about the game and how it’s completely abandoned and blablabla. Very little about Darktide itself, or how the game has been doing recently.

Some of my most liked comments on this forum were on the Indypride video essentially outlining a lot of what Fatshark failed with. And I still stand by all that, they could have certainly done a lot better with this game, and I outline specifics. But I don’t keep beating the devs over the head with it, and I understand they’re trying to improve. I can’t say the game has had any major hickups since WoM and the games been doing good. This BBB is great for the game and playerbase is healthy. That’s what I’m focusing on for now.

And that’s pretty much exactly what I think is the most frustrating thing. I know that I’m mostly negative in the forums and I can understand that it is kinda annoying to read negative comments all day. The point is, I can’t see it’s really getting better. And yes, things “seem to get better” but if we are honest, everything is just a big construction site atm and it took an eternity (in modern timeframes

) to get there. I already had concerns with the announcement of the Chaos Wastes Expansion and I pretty much said everything there already. Sorry i just can’t see FS doing all this in a proper way without leaving things behind.

Oh yeah don’t get me wrong, it essentially is like that. I just also think that the game is in a pretty good state right now. Yeah, a lot of things should have been done ages ago, but at least they did get around to trying. I guess I kind of got used to it, it is what it is, and there’s no changing the past. Let’s hope that Darktide doesn’t suffer the same fate.

So pumped! Can’t wait to see what I can do for the imperium of man

Warhammer 40k is as hot as it’s ever been, so this could be huge.

There’s another aspect that might remedy the slow pace - money. New title = potentially huge influx of fresh dough, and that might translate to expanding the studio and having more hands to handle things.

I, for one, am rather hyped. Ever since playing Vermintide 2 and feeling its vast gameplay superiority over Space Hulk: Deathwing, I really wanted Fatshark to take a shot at “40ktide”, so I’m glad this is precisely what is happening.

Even the forum background got changed with Warhammer on the left and 40k on the right. Looks like one of the guys got a flamer, scoped vision etc. and… is that an Ogryn with his back to us?

My criticism of FS has ranged from a deep sigh and objective criticism to full on petulant child, but I have to say 2020 FS came out of the gates fast with Drakenfels, and I suspect they had quite a lot planned that we might’ve got by now (possibly chaos Wastes was penned for Q2?) but a World Wide Health pandemic put the skids on that.

It feels unjust to me, because I think FS were finally back on the front foot after WoM and were motoring along quiet well and then they had the rug pulled out from under them by COVID.

Darktide looks pretty cool, and if the possibility of equipping a power-fist is in there I’m so looking forward to it.

Also @Fatshark_Hedge TWITCH MODE, or you’ll find yourself in an Inquisition Holding cell awaiting questioning. I can dream up some trumped up charges.

Obviously weapon balance is going to rear it’s head as a concern, but at least I won’t have some infuriating pointy eared loser shouting crap in my ear all run.

Also - are we likely to see some friendly voices in Darktide? It’s be brilliant to have the VT2 voice actors as minor cameo roles in Darktide.

On balance I’m looknig forward to it, and if FS keep their generous price point it’ll be a great game for a great price.

[edit] with New40k launching this month, it’s possible the release is tied in with new guard units and things for the Adeptus Militaris in 2021? (Sorry, not allowed to call them imperial guard any more)