I remember there being a few cases in the past where it was mentioned by @Fatshark_Hedge & @FatsharkJulia that there was a plan to provide some kind of weekly/monthly update to summarise some of the thought processes with the development of the game.

@Fatshark_Hedge - Is it still your intention to get this going or will the seasonal updates fill this role? I realise that the time it takes to obtain and distill appropriate information for a monthly update is significant (and may lead to community backlash if it is not what they want to hear), but I believe it would be greatly appreciated by the majority of people frequenting the forums.

I am fully prepared for the expected answer. Just thought i’d ask again just in case

He went into details about this on the official discord. If I remember correctly, weekly or monthly updates would just be a time waste. They’ll instead do bigger blog updates when they have a lot of information to give. I’m guessing we’ll see one sometime this month with the beta almost over and patches supposed to be rolling out.

Thought this might be the case, thanks for clarifying. I imagine a justification was given so do you remember why was a monthly update deemed a waste of time? I think a fair proportion of the frustration from the community still relates to infrequent updates and even a trickle of very small monthly updates may alleviate some of it.

Even a small post on the forums explaining why monthly updates were not practical would have been nice :). Seems like a fair bit of information is provided in the official discord which not everyone has the time to access on a regular basis.

I just need some rat slaying info to keep me going on slow work days.

I’m just gonna go out and say that this is just wrong on every level. People - fans - think the game is dead, abandoned, in favour of other projects. People don’t even know what’s even being worked on. There are months of no information and practical radio silence. As of right now it wasn’t long since the last update of course, so this just describes the general state of things.

We need regular dev blogs. Communication between the community and Fat Shark is essentially flatlined. We need to know what’s going on, not every other month before a patch is thrown out.

Dev blogs don’t have to be extensive things that go really into detail of how things are going, there’s no reason it should consume the time of the developers so massively.
We’re not exactly asking for a big dev blog every week where you get super in depth with everything everyone is doing.

Even a little tweet from the twitter account going like “Well, we’re doing the finishing touches on that new Drachenfels map and ironing out some bugs before letting the beta go live.” or something a month ago would’ve been nice.
“We’re working on tweaking some things on x matter and y feature thanks to your feedback, the second map is coming along nicely, no further news yet.” would also be welcome.
“The versus guys have finished up with x special, now they’re focusing on the blightstormer! We’re also cracking down on this awful network bug that’s really annoying.” sounds nice.

It really doesn’t have to be a devblog. I can see how that might take up too much of the devs times for no gain, I suppose? Just… tiny things to get a glimpse into how things are going, what the team’s working on, any sort of acknowledgement that feedback from the beta is being listened to. Just a weekly “Hey there!” 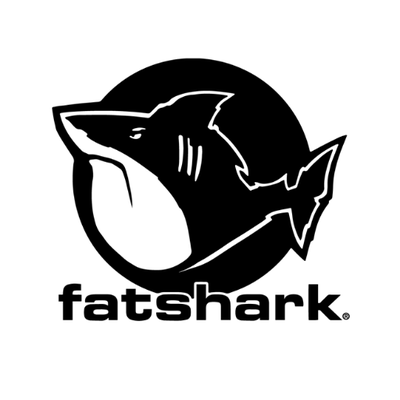 Working with @VermintideGame can create some truly interesting lingo, this was heard at the Level Art department: "It needs more nurglefication. Yes, it does not look nurgly enough, nurglify it."

I think small regular updates beside the big blog posts would be helpful for the game. Im pretty sure a lot of frustration came up because we got zero informations in some critical phases. For example a few weeks after the release of WOM they suddenly stopped to provide updates for a month, eventho the game was in a very terrible state (spawn sounds, beastmen still like in the beta). Noone knew that they tried to find the source of the sound issues and it looked like they would simply not care or moved to another project instead of fixing the game first.

So i think a bit more communication, even if its just a small update would help to keep the frustration level low. I also dont think the programmers are the ones who are giving those statements so i dont think it would reduce their worktime they can spend on the game

They should learn to ignore trash talking just as they learned to ignore the entire community, although it seems discord is a exception once again…

While I’d love to see regular devposts and devstreams, I totally understand why Fatshark has backed down on those recently. There’s been too many cases where a good and honest post explaining development decisions caused a major sh*tstorm.

In general, I would tend to agree that large devposts are traditionally an invitation for backlash if any aspect is disagreeable to a vocal minority. However, small scale updates would help focus any issues the community has.

I’ll give an example of the issue I think keeps popping up, using theoretical numbers (because a random player on the forums doesnt have access to actual numbers). Say we have a big devpost that touches on 100 small/medium changes (balancing/bugfixes etc) and 10% of the community has an issue with 50% of the changes, the forums are then inundated with 20 new opinion topics discussing individual changes and how they should have been balanced/fixed (in amongst the ususal “this change will kill the game”. Good suggestions get lost and its too late to change it anyway so, if we’re lucky, the good suggestions may be implemented in the next big update. However, if there was a post a couple of weeks before the big update saying that someone has started work on balancing the Kruby spear because x/y/z, the community has its chance to vent/provide good feedback which could potentially improve the changes before the patch is released.

It wouldn’t solve all the issues and it may be worse than the current system but, based on how the community is reacting to the current information sharing, I don’t think trying it for a few months is a bad thing. I don’t like comparing devs of vastly different games and development positions but Factorio does a good job of giving weekly updates about what is being worked on (a bit too detailed sometimes in my opinion but good nonetheless).

Edit (i always forget something): The justification and backlash for design decisions often comes after initial backlash for the change itself. Its too reactive as the community has a chance to be confused by the thought process because one isn’t given. When design decisions are explained before they affect everyones playstyle, youre not blindsided.

Remember when we were all upset because FS didn’t communicate a whole lot and it seemed like they were ignoring the players, whereas they worked on Vermintide 3 in secret?
Yeah, those were the days…

Discord isn’t a particular priority or preference to FS. It has a slightly higher chance of receiving quick, short responses to some questions than the other platforms (at least when Julia and Hedge are working, and the chance seems to still be quite low) , but the answers are also way likelier to get lost in the noise there, as there’s a lot of noise and not a lot of ways to filter it out.

Reddit seems (or seemed, at least; I haven’t checked there in a while) to be the one platform where informative dev responses (especially from others than Hedge or Julia) are more likely.

Any news and larger devposts are linked to each platform equally, pretty much as soon as they get to each one. How well they’re noticed is more a question of that platform itself rather than FS’s comms.

As usual, this isn’t to say that I don’t agree with the thread’s initial message. I, too, would really appreciate also smaller, less informative updates every now and then, even if the contents weren’t much more than “pretty much the same as last time”. But FS doesn’t really have a real preference for any of the communication platforms (well, maybe they prefer streams somewhat, but those are kind of outside the usual channels) - which might be part of the reason for the sporadic comms.

166 Development Updates most of which on a Bi-Weekly rate.

Fatshark Developers are fearful of communicating due to the negative backlash that is due to near to zero communication and just poor game design decisions. Perhaps we wouldn’t have had such a failure as is Winds of Magic if the developers communicated and found out that people weren’t interested in Leader Boards, Competition in a Co-op game that infected Weaves.

edit: And yes the Grim Dawn devs at Crate Entertainment have had negative posts but the amount of negativity is far less then with Fatshark. The main developer who communicates the most has had time to learn how to deal with said negativity.

It’s the drought that’s the problem. A single post - no matter the content - causes weeks of backlash because there’s been no communication whatsoever and when the post does arrive it is scrutinized to the Nth Degree. If there were simply 2 posts a week saying anything then people wouldn’t hang on everything FS said and hyper-analyze it. The tweet I posted elsewhere is a good example of a throwaway comment that is actually quite good, and offers some communication with the player base without the rumour mill going into overdrive.

This.
Besides all legitimate criticism, people tend to forget to be fair.

It’s true that online communities can be cruel. Anonymity does that to people.

However, the route of - well, let’s be honest - basically zero communication, isn’t working out and to me doesn’t show any faith in us as a playerbase. We’re in [current year] where the industry standard is now to dish out weekly updates, or biweekly and so on. Actual regular information. A portion of the backlash would be avoided without radio silence too.

@KaelusVonSestiaf is right. It doesn’t need to be anything big. A tweet here and there, I can guarentee those get posted on the subreddit and people appreciate the insight. People might react bitterly, but it IS better than nothing which is the current treatment. And no offense, but I don’t buy the idea that creating regular blogposts is a hard affair unless you’re trying to make them more grandiose than they need to be. Unless there are strict guidelines that someone higher up has ordered and Fat Shark is merely abiding by them.