I hope they add some new cosmetics and changes and fixes

At least new premium cosmetics are confirmed. Let’s wait if Fatshark has some more surprises for us. Check out the new Premium Cosmetics coming on October 28!

I guess I didn’t know I never wanted to wear a fish on my head. At least now I’m sure

Overall they be looking good though

Oh my O.o Some of these skins:

To me the skin looks a bit too similar to the base one, slightly more armor which i do like but too similar for what is a premium skin.

And…yeah the hat is an atrocity xd

How did bardin lose a leg, I wonder? XD
BTW the description for the zealot’s new skin is spot on. Before reading it I thought “Hey, those are the zealot henchmen from Mordheim!”

Still, I really hope new shilling cosmetics will be available, the Emporium of Wonders has yet to live to its name…

Still, I really hope new shilling cosmetics will be available, the Emporium of Wonders has yet to live to its name…

Yeah this to be honest. Hard for me to be excited for paid cosmetics when the in game shilling cosmetics have been left to rot and fester.

How about another batch of cosmetics to spend shillings on. It feels like an eternity since I’ve had any reason to even care about dailies and weeklies.

In this Second Cosmetics Wave, the first prize is unambiguously received by Acolyte of Sea & Storm.

This is literally what the flagellans look like. Bizarre and grimdark. Even the Death of the Old World did not stop their religious madness. 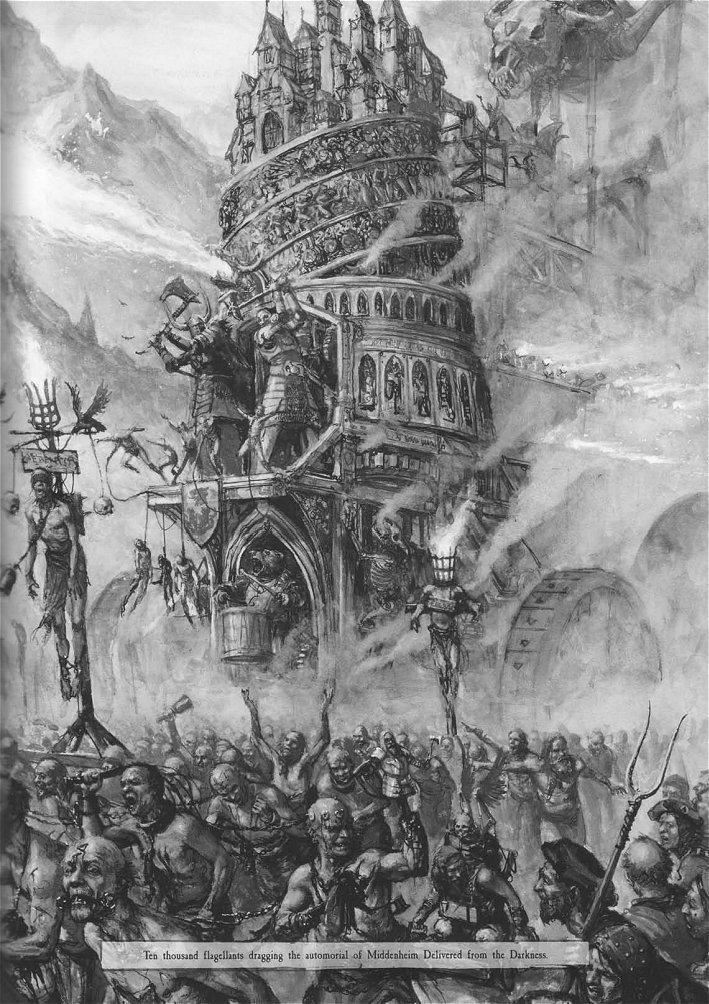 But only on condition that the money will go to create another DLC pack with weapons. (Otherwise, should think that Bardin is not a real pirate, but only a cosplayer? This is a grudge!)

P.S: Also. It should be added here that I still thing that the best premium skin is the Mercenary - Hellequin’s Raiment. This is what the soldiers of “Time of 3/4 Emperors” should look like for me, or better to say freeguild troopers.

How did bardin lose a leg, I wonder?

I hope FatSharks don’t forget to update the Premium Cosmetics page on their website for full item descriptions.

That Zealot skin is so metal. Also a fan of the Huntsman one. Pirate Slayer is great too but where are those pistols, don’t blue ball us with cosmetic only weapons. Handmaiden looks bad though, more cone hats and you can’t even get excited for the outfit since it’s barely different than default (not changing the headgear didn’t help). Cool BW hat from the CW trailer with an outfit that looks more Pyromancer than Pyro’s stuff. Guess it’s cool that it’s not candles.

I hope FatSharks don’t forget to update the Premium Cosmetics page on their website for full item descriptions.

Wow, really! I wasn’t aware of it, thanks for the link

Seriously, it might not be the brightest idea to carry a living and shitting pig or a rotting fish a top of his head. It might further reduce the numbers of parties he is invited too. At least the pig serves a emergency food.

Once you go Nurgle you’re probably beyond pig poop concerns.

At this point it’s just a game of “what random animal will Victor strap to his head this time?”

It was Kruber’s idea this time, if I recall.

Yeah, the grail knight carries a chicken on his head after all. 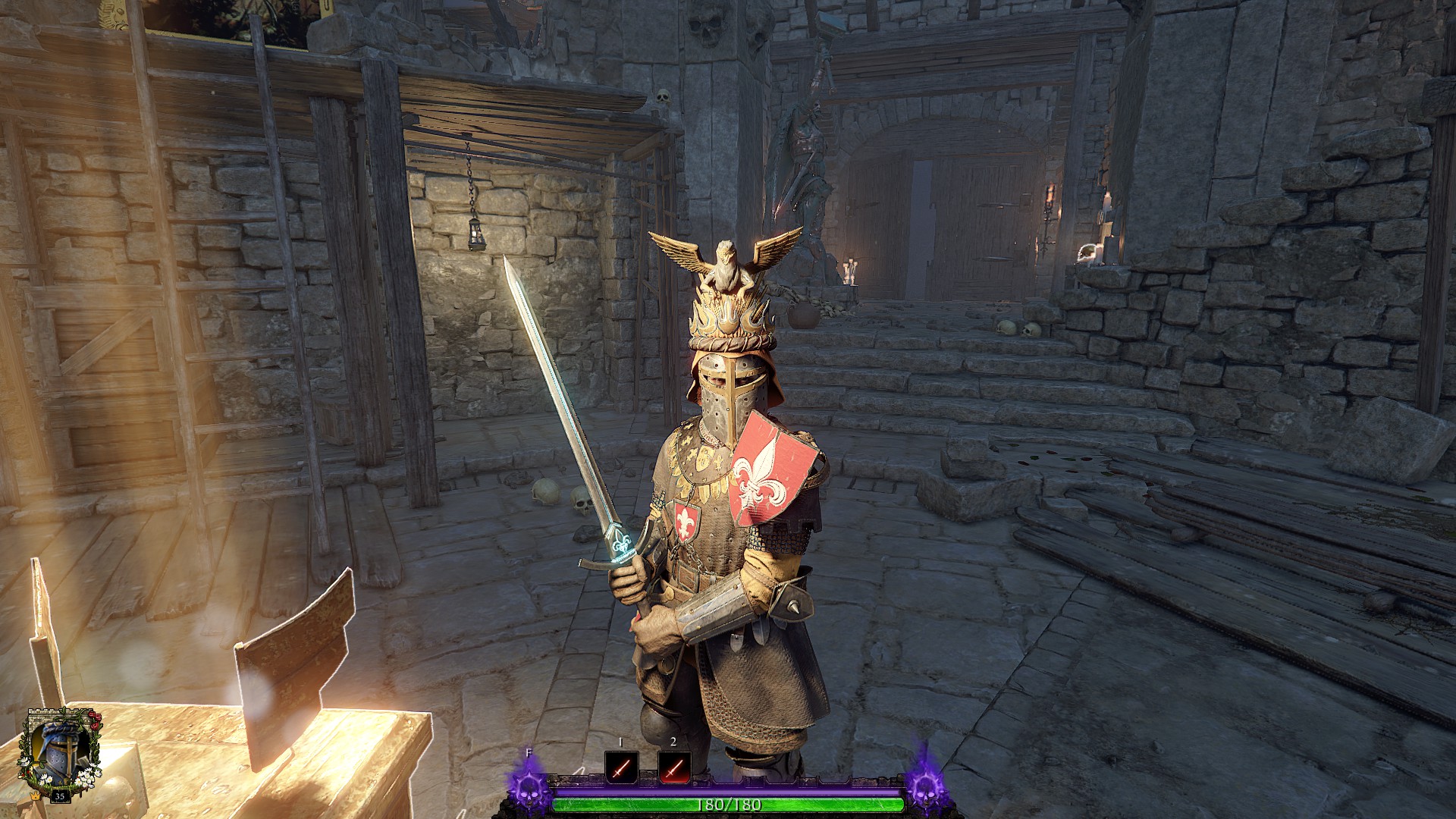 Seriously, it might not be the brightest idea to carry a living and shitting pig or a rotting fish a top of his head.

Who said the fish is rotting? I spose it’s a salty herring. Salty, y’know.

Lohner did.
“What’s worse is that Kruber’s turned his attention to actually making the blessed things. Wants to share the delight of a well-made skull warmer, I guess, and that’s a hard thing to fault. Or it would be, were he any good at making the blessed things. I mean, take this one he’s made for Saltzpyre. It’s not much more than a fish on a headband, and he didn’t even stuff the fish first. It’s just flopping away with every footstep, and the smell…”

He just doesn’t like the smell of fish.
I don’t know what’s wrong with him anyway. A shopkeeper should praise his goods. All About Grudge Marks — Warhammer: Vermintide 2

Learn all you need to know about the Grudge Marks that are coming to all platforms on October 28.