I recently switched to a Rapier/Crossbow loadout with WHC. Both weapons have pinpoint accuracy, but despite this I can’t seem to get a single headshot on Burblescue. Even at point blank range firing directly into his mask. Does he even have a head? Cause if he does it’s nearly impossible to hit and could use some tweaking I think.

I have no trouble at all headshotting blightormers and leeches by comparison.

So I’m not sure with what weapon you tryed but:

I recently switched to a Rapier/Crossbow loadout with WHC. Both weapons have pinpoint accuracy

If you aim over he heads of most enemies with the Rapier stab you actually have a better chance to headshot, so much for accuracy.
If you really want to test this why not use powder weapons with real hit scan accuracy.

it seems same thing happend to him

If you aim over he heads of most enemies with the Rapier stab you actually have a better chance to headshot, so much for accuracy.

That’s because of the parallax. You are looking directly at the target but your rapier angles in from underneath.

If you really want to test this why not use powder weapons with real hit scan accuracy.

I tried this and I think I figured out why it’s so hard to hit him. Essentially his headshot hitbox is about half of the size it should be. The lower half of his face count as body instead and the sides of his head also count as body. So in order to hit him in the “head” you have to hit the upper half of the face from the front, or hit above the band on his mask if you are attacking from the side. This isn’t very intuitive to say the least.

You can just barely tell the difference. This counts as a headshot: 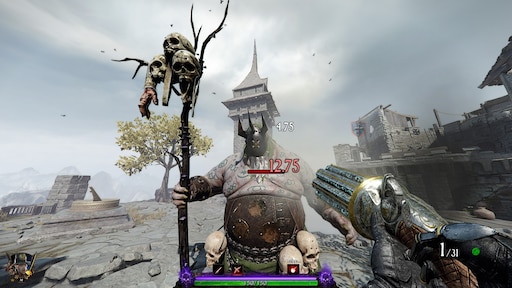 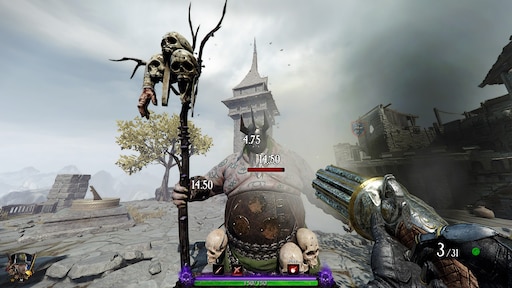 
This counts as a headshot from the side: 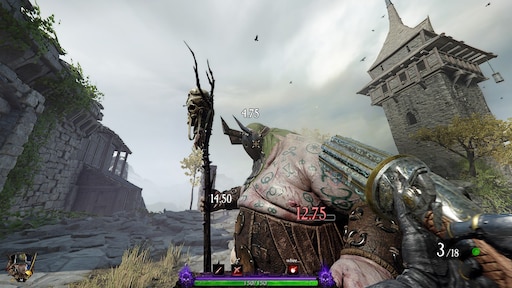 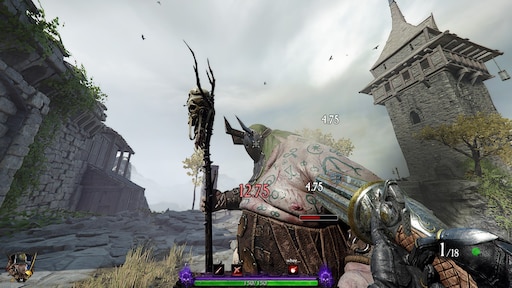 So in order to fix this I think they should just enlarge the headshot hitbox so that it covers the entire mask and his head above the band holding his mask on. This is still rather difficult to hit, his head moves around a lot and his body blocks a lot of shots unless you are directly in front of him.

He seems to have the same problem as burblescue, only the top half of his head counts. When he goes to the middle he also leans back and the gorget on his neck seems to be bigger than it should be, which makes the problem worse.

There are a lot of enemies and weapons where getting headshots feels wonky. In particular, any attack that needs to be aimed slightly upwards (against CWs, this is practically everything but clean overheads) easily hits the body even when aim is in the middle of the face, and Halberd at least seems to take the hit target from the blade rather than the spearpoint, even on thrusts. I think the first part is because teh head hitbox sits immediately on top the body, with their edges aligning or the body being a bit more forward, so when a hit comes from below, it often hits the chest first, even when aimed at the head. Aiming above the head does help with this, which seems to support that theory.

All the Lords are pretty tall, so this certainly applies, but it is also possible that their weak points are somewhat smaller than usual, which would worsen the issue.

Also try headshotting the training dummies in melee for some fun wonkiness (well, really to see this issue at work).

Aiming above the head does help with this

Excellent analysis and study! By the screenshots alone I get the point you are making. I’ll go home and do some testing myself.

I have suffered from losing ammo to burlbow-snark for a long time. I never really thought about it because I figured it was just me being a bad player, but this makes it sound like I’m not the only one who was suffering from not being able to land what I thought was a good headshot.

I entirely gave up on trying to land a headshot against Ribspreader; between his snapshot spinning to make attacks, his shoulder-plates the size of baseball diamonds, and his mini-head hitbox I just couldn’t get it.

This would be hard to test since you’d have to speedrun through the entire War Camp level to get to him, but it feels like Bodvarr’s hitboxes change during the arena event. Both when he moves around and when he stands in the middle. Or at least it feels different compared to my static target testing using the creature spawner mod.

I mean, I’d be happy to put together a crew of determined soldiers to test the theory. 4 Heroes peppering Ribspreader’s head with projectiles should yield some data, especially if we all record it. I’ll try to arrange a time this weekend for it.

If you want to try it in the arena use the teleport mod or use the exploit to skip directly inside the camp.

The hard part is getting enough shots in without dying, running out of ammo or killing him too quickly. There used to be a god-mode mod but it’s currently broken and hasn’t been updated for months. Unfortunately spawning him in the keep with enabled AI doesn’t work because the game crashes due to scripting errors. Same thing with the other level bosses like the gatekeeper.

The gatekeeper is another suspicious enemy as hitting his head is also harder than it should be, especially when he starts to transform even though his head is stationary and clearly visible.

I’m seeing this with regular chaos warriors too. They seem to share some of the same hitbox and animations as the bosses. It’s much harder to hit the head when they are in motion, so maybe it’s lag or the position of the model doesn’t match where the hitbox is on a moving target.

His head IS super small, come to think of it xD. (Burblespue of course)

I wouldn’t lose any sleep over this

Oh so it isn’t a boss feature?

Broken should be fixed and not ignored, because it’s not a big issue. The game is full of small bugs people have learned to deal with, but they are a great source of annoyance for new players.