The Bots have for some reason regressed back to acting like idiots.
In Legend Bots would usually play rather well and get decent damage numbers, they would help deal with specials and i could quite happily use ranged weaponry without the bots getting themselves FF’d.

Now the Bots keep ranged weapons’ out around specials constantly never helping with the current boss or elite patrol, their uses of ults are to Crowd Control rather than for sake of damage, and they have this new assenine behavior of forming a triangle in front of me whenever i pull outa ranged weapon thus blocking my forward vision and making it hard to not shoot them, this then gets me stabbed in teh back quite often.

Maybe the Bot Improvement mod is broken and this is what bots are usually like but boy does it make trying to do runs at low population times frustrating.

Everything is right. Bots constantly run beforeme, take friendly fire damage and complain. The latter is especially unpleasant, I get tired of listening to endlessly repeated remarks.

There was a proposal on this forum that players do not take damage from friendly fire when they are close. Need to somehow implement this. The situation is dire, in fact.

This is my special sadness. Until I can imagine how to go through everything even on the Champion solo. Too much time and work, and it can be lost too easily in a second.

This should change, this needs to be improved. Bots should scale with the host or atleast they should gain their own coins and host should be able to make purchases for them. Back when I started playing the game in 2020 I was using the mod that improves bots and honestly it was great. They were taggin enemies, sniping specials, they knew how to properly use weapons. Now after the update that made them “better” I feel like they are worse than before when I was playing with a MOD.

Mostly true cut I feel RV is an exception. There are a lot of good boons around picking up ammo and he lets you so that continuously. Also a godsend for BH who has bad ammo sustain without Scrounger.

Did a run with 2 mates and an RV bot and I think he only went down once over the whole legend expedition so I don’t think they’re completely terrible.

It’s mostly just noticeable when you’re solo with them because they’re so unreliable at ressing, so one mistake can easily end the whole expedition for you. It’s also a real pain setting them up without loadout manager.

I don’t think they need boons, they wouldn’t know how to use most of them anyway. They should absolutely get the end of level stat bonuses, and ideally their weapons would upgrade in tandem with the host. I think that would be enough for expeditions, and the whole behaviour with not reviving people as a priority is problematic in every mode which will hopefully one day get fixed.

It’s mostly just noticeable when you’re solo with them because they’re so unreliable at ressing, so one mistake can easily end the whole expedition for you. 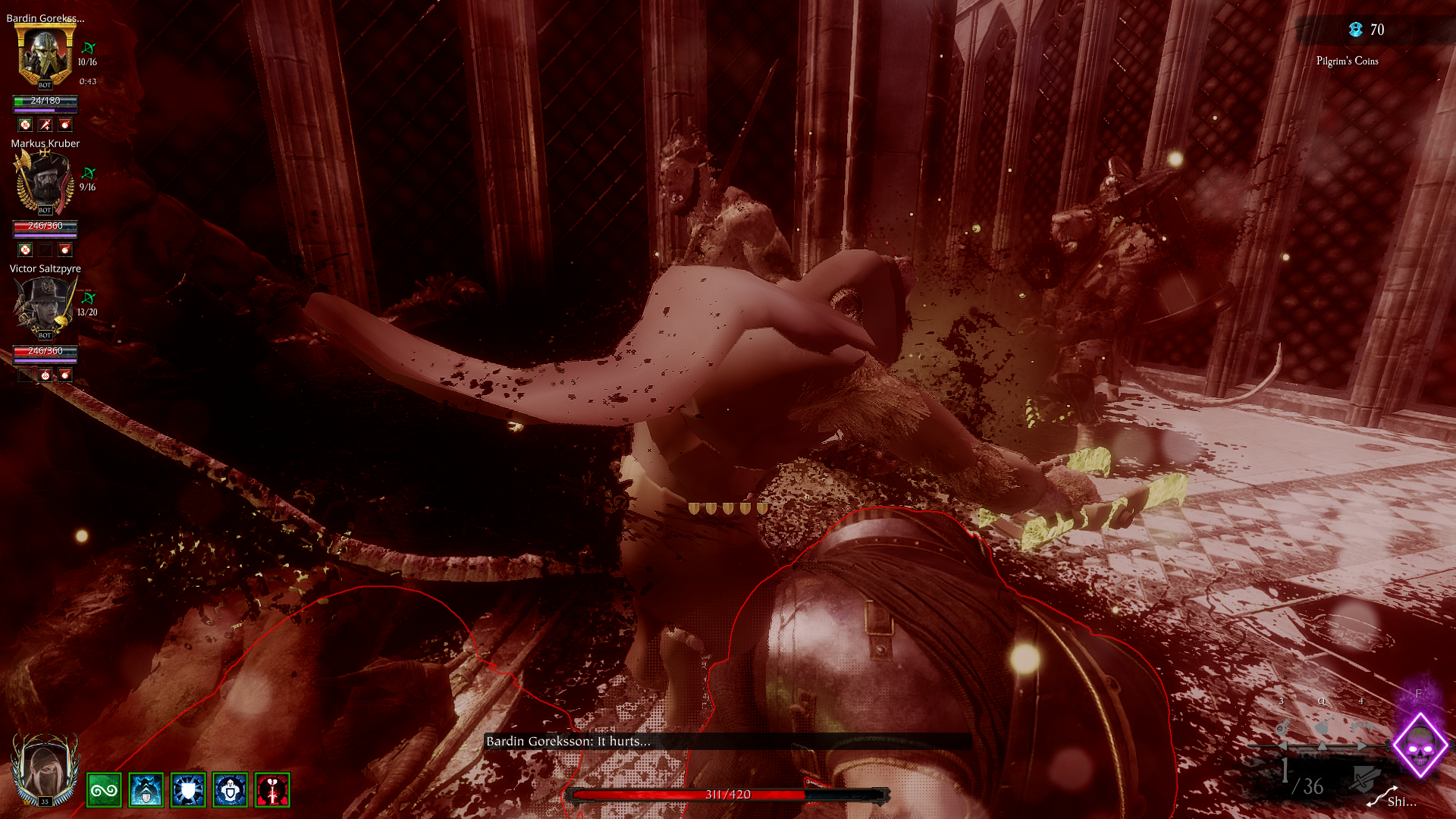 You never know what crazy thought will come to bots in their virtual brains.

Here IB decided not to revive the whole team, and waited until rattling and an assassin came to him. He stood motionless for almost 10 seconds.

But still, I play solo with bot only. So I’m interested to see the improvements and fixes of the bots continue. And for СW, they must definitely be spared PUNISHMENT as live players.

Here IB decided not to revive the whole team, and waited until rattling and an assassin came to him. He stood motionless for almost 10 seconds.

If IB used the taunt, I think he will only block and do nothing else for the duration.