Are the unforgiving/cruel & far respawn points on Chaos Wastes intended?

Are respawn points intended to be so cruel that dying in the first 2 minutes of a map can remove you from playing the game for so long? 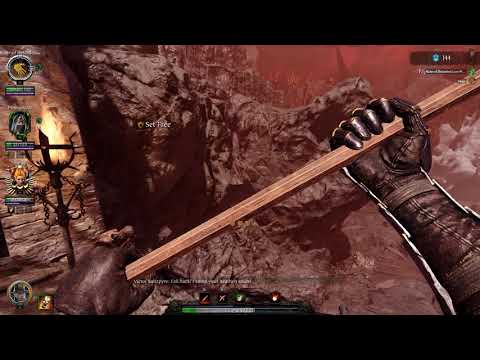 After recently seeing the new respawn guides on steam for War Camp and Against the Grain, it’s mindblowing that Chaos Waste seem to have about 2 different respawn points per zone compared to the 15 in Against the Grain and 18 in War Camp.

In the above mentioned maps it feels like most respawn points and places you need to stand to access them are close enough that you can realisticly shoot a special over the distance between the two locations.

Some (most?) Chaos Waste respawns feel like if anyone dies, they’re missing the majority of that map (depending on where the death happened, due to lack of granularity in respawn points).

If I had to make a guess I would say Fatshark wanted to play it safe and reduced the respawns as much as possible and mostly to events or places which are traversed for most map paths variations.

So that you avoid respawns in areas which can easily be bypassed or are not even accessable at all during that specific Chaos Wastes run.

Yeah, like the old Fort Br0kenb0nes bug, where people spawned on the other side of the river, no matter if you had the access to this part or not.

Yeah, it’s very random. Especially losing teammates the round before, they either respawn right at the start of the next map, or like halfway in depending on the route the game gave you that run. It can make death either trivial or potentially expedition ending depending on your overall luck.

Its bugged i am sure.

I dont recall the details but during a run i died and respawned extremely damn far away. Comparatively if one was running the map “Cinder peak” having just gotten to the first area and then i popped back in halfway up the mountain beyond the fort.

and then i poped

Pretty sure that poping is something only the Pontifex does

I stake my claim to being able to say i did that by returning from the dead way far away from the place i died.

Even if that doesnt occur quite intentionally.

Still i might edit that to keep the peace.