Add a rat merchant. A corrupt traitor who will hide at some odd corner in the middle of the mission and provide a cheap service or items that altars do not.

Buff swap among team mates (for when you get the chain lightning with a non crit class and you wanna switch for another of your team mate buff for efficiency sake) that would also boost team communication wich makes for a better game in my opnion.

Buff deletion (you got the push moves forward buff or natural bonding and you don’t want it, well the rat will take it)

Treasure maps: basically a hidden crate with either coins or something else hidden in one of the future missions of your pilgrimage (could also be a pille of rat ogre manure)

My point is a new character with some extra services for countering some of the cw shenanigans as well another venue to flex your amazing character writing skills, the whole dialogue in the game is characters who don’t like each other working together, imagine what you can do with the ub5 interacting with someone they all unanimously spite. 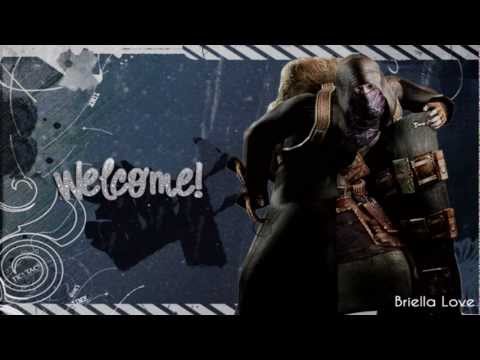 The whole point of the Chaos Wastes is that the challenge and replayability comes from RNG boons and grudge marks. Making the mode more predictable by being able to delete boons or grudgemarks, trade boons between team members or pick predefined weapons just neuters the whole mode. If you want predictability stick to campaign mode or weaves. Leave chaos wastes in Ranald’s hands.

Theres still RNG at play here, outside of the boom swapping of course, his wares would be random and the weapon he can sell is in fact rng generated, the only difference is that you see what you buy when you do.

I just wanna remove the push moves forward when i get it eventually because i keep jumping off cliff involuntarily.

And yes, his location being hidden is the whole point.

why not make the random weapons swaps more atractive by showing you what you will get? so its not a random swap but more like a random trade option.

that way careers that rely on defensive melee weapons are not automaticly gated.

this would also be extremly easy to implement.

Personally really like the idea. The whole point of the mode is that random events like this can have influence on the run. Obviously the balancing needs to be delicate so its not too common occurrence.

if you remove the randomness of weapon swap altars its no longer fun, the whole point of it is to be a gamble, create antecipation, and in a way encourage players to try unorthodox builds.

The rat npc would also sell ONE RNG weapon the only difference being that you would see it before you buy it and if you don’t like it, well, keep yours and move on.

weapon altars are not a problem if you master every weapon like me.
STEP IT UP SON

weapon altars are not a problem if you master every weapon like me.
STEP IT UP SON

This sounds good until you remember a lot of builds strongly gravitate to specific weapons to be effective. BH getting a greatsword is not a good time, neither is RV getting stuck with a pickaxe. Is it technically workable? Sure, but it’s simply not worth the risk whatsoever which throws off the whole risk/reward balance and makes most people just avoid random weapon shrines altogether.

I kinda agree removing the element of risk defeats the purpose a bit, but random weapon shrines are definitely not ok as is.

i agree with you that swapshrines can be fun,

but if you compare the shrines, (without knowing the real data) im 1000% certain that weaponsswap, is by far the least taken deal, of any deal, involving pilgrim coins.

so frankly speaking i think its an net-increase in fun even if some people (like yourself) loose in this equation.

This sounds good until you remember a lot of builds strongly gravitate to specific weapons to be effective. BH getting a greatsword is not a good time, neither is RV getting stuck with a pickaxe. Is it technically workable? Sure, but it’s simply not worth the risk whatsoever which throws off the whole risk/reward balance and makes most people just avoid random weapon shrines altogether.

I kinda agree removing the element of risk defeats the purpose a bit, but random weapon shrines are definitely not ok as is.

This is especially true for melee weapons, due to their interaction with THP talents. I will occasionally go for a random ranged weapon, on some characters, but i’ll not change my melee weapon.

EDIT: however, I see this as more an issue with the THP talents themselves than the idea of a random weapon shrine.
It’s quite annoying to have to change THP talent when trying new weapons in the normal game mode too, especially as there’s little choice there anyway. Unless you want healshare, there’s a correct THP talent for each weapon, and that’s not a great design choice.

thats the point having choices, if you can only play with one type of weapon then you don’t touch the swap altars, save it for the temper (wich charges appropriately for the service).

I like the idea of more group and player choices. There’s too much bad RNG, the kind that results in unwinnable scenarios or one DPS player destroying everything.

I like a few of the original suggestions made at the top, and I don’t think your RNG would suffer too much. Every time someone suggests a fun change to give players more autonomy, someone pops up with, “muh RNG”.

This Skaven merchant is a fun idea. It’ll be doubly as fun if players can “accidentally” kill it. It gets debatable as to what services should be offered. An opportunity for some fun dialogue too.

Still, I don’t think that the Chaos Wastes should add anything new until they fix many current problems with Grudge Marks and Boons that are OP or useless.