The Twitch 2.0 changes are absolutely phenomenal. They’re so fun and there are so many more options. The customization additions are amazing. I didn’t even know you guys made patch notes and stuff like these: Welcome to patch 2.0.12, bringing you updates to Beastmen and new votes to Twitch Mode.

I’ve only played one round of it so far, but it was really fun. I asked about twitch changes before but it seems like it was being done on the down-low. So glad this was revamped because twitch mode is one of the best things Vermintide 2 offers. It’s so fun and it’s neat how it gives viewers the opportunity to interact with streamers. Tons of creative twitch voting possibilities. I love how there are more blesses along with bad things too. Chaos is glorious.

Looks good. I think the next important step in balance is to work on temp health. Right now it’s really feast or famine depending on character and weapon choice. For instance, it feels like Waystalker has no survivability at all without taking the obligatory temp-on-crit, high crit-chance spam weapon build.

It’s still totally viable to back dodge since 2.0, just not against all enemy movements.

That’s the exact problem: it’s inconsistent. If it didn’t work, we’d adapt and stop doing it. But working sometimes and not other times just results in unpredictability and frustration. We feel like it should work, then when it doesn’t we blame it as a bug.

Enemies who attack on the move will continue their trajectory when dodged. That’s the design intention at least.

That’s fine but not for hordes, because you can’t read the actions of individual horde enemies. They are covered up and hidden by hyperdensity. We need to be able to know if our dodge will work or not. Save this mechanic for elite foes and it would be fine or even add to the complexity of combat, but on hordes it’s just a buggy mess because you have no way to tell what’s going on with each enemy.

PS. TY for not waiting for season 2 to roll out needed fixes, it’s reassuring.

Without doubts I must do other tests… but Beastmen seem to me still stronger than Chaos and Skaven.

Without doubts I must do other tests… but Beastmen seem to me still stronger than Chaos and Skaven.

And personally I think that’s fine all things considered. Each faction has their own identity in terms of how they can kill you. Beastmen are much stronger individually but have little variety in their units. A small group can beat you down if you’re not careful. The Skaven on the other hand are laughable in small numbers but can be scary in much larger numbers. Their specials seek to either disable you or put you into situations where their chaff units can chip away until you’re dead. The Rotbloods are somewhere in between with their own mix of elites and specials.

I haven’t played the new patch yet but I think that on first glance the faction identity across all three races is good.

What about CW that step back and forward few times wit his overhead attack, its confusing as hell.

When will you release the music?

It was absolutely necessary to remove the Ungors ability to attack through hordes, as they made controlling hordes an absolute pain in the ass on Cataclysm. 95% of ALL damage I took from beastmen hordes came from cheap shots by these little pricks hiding 10 feet behind the rest of the horde and attacking with their ten billion kilometer range.

This is by all means the one and only truly necessary change to come to the beastmen, since the launch of 2.0 and a reason why many Cataclysm players have chosen to simply wait for a fix or remake every time it became evident that there would be a lot of beastmen in any given map.

The change to horde size, banner escorts is welcome, but not really a major problem. The reduction in buff range is however extremely welcome, as banner cows often spawn in pairs on high difficulties.

This is very welcome, following the update which actually gave the beastmen a footsteps, so these 500 pound 8 foot tall monsters could no longer sneak up on you like god damn Ryu Hayabusa and do 70 dmg on one hit.

The problem is that Skaven specials spawn also during Beastmen hordes… anyway after more tests I will can say better… but currently, fighting them, seems to me still harder than fighting Chaos/Skaven.

It was absolutely necessary to remove the Ungors ability to attack through hordes, as they made controlling hordes an absolute pain in the ass on Cataclysm. 95% of ALL damage I took from beastmen hordes came from cheap shots by these little pricks hiding 10 feet behind the rest of the horde and attacking with their ten billion kilometer range.

I totally agree. You simply could not avoid some damage. You fought the horde and they just hit you, out of your range, through the other enemies.

Now Omens on Cata seems a bit easy. We did it for the portrait before this patch. Tried after it, it felt like we have the portrait for a much easier achievement now. The portrait lost interest to me, like you play FoW without any specials. On the other hand that was kind of frustrating, when beasties literally rained on you from all directions, multiple - 2-3 - standards in the ground, and 2 assassins hissing in the same time.

Gor’s headboop still goes through the player and “merges” with it, so for a short period of time you cannot act like you should, because if you dodge, you may dodge into that headbooping gor’s attack and you still see nothing of it, or you dodge in the direction where the gor is heading and see nothing and got hit. Only a few times i could see instantly the beast after this attack.

The balance did good, except the omens on cata achievement. You dont need that much skill for positioning, turning the situation for your benefit. Anyways I welcome it.

Ungor archers: did you raised this type’s numbers? because there were 3 games where they got to a pack, and killed 2 members of the team. Once I was kept in a “cannot shoot” state for more than 10 seconds with a leech and a hook on me during horde. There were 8 archers in a group on the left, and 5 on the right, all aiming for the same person.

@zaru
Isn’t that that case with every ai enemy in every game?
You never have controll over their behaviour.
In all other medieval (fantasy) games that i have played so far, enemys can dodge or block your attacks so i don’t really understand why it is a problem here.

Also if you closed the distance by a dodge in their direction while you attack, you will often hit them even if they dodge in my experience at least.

If they could hit you while they dodge i could understand the problem.
But i found them more interresting to fight before this update.

Sorry for my bad english its really late here already.

Nice changes all around. They are all welcome and needed imo, except for the removal of Ungors being able to dodge. To be honest the dodging was lackluster to begin with and wouldn’t have known they dodged if I didn’t read it beforehand.

Removal of attack tracking would have been better, beastmen are losing more of their uniqueness.
On that note, tracking should still be removed from tier 1 enemies, they make up for that in numbers.

Forget the beastmen changes… the new Twich 2.O is amazing !

Few thoughts from runs I did yesterday : 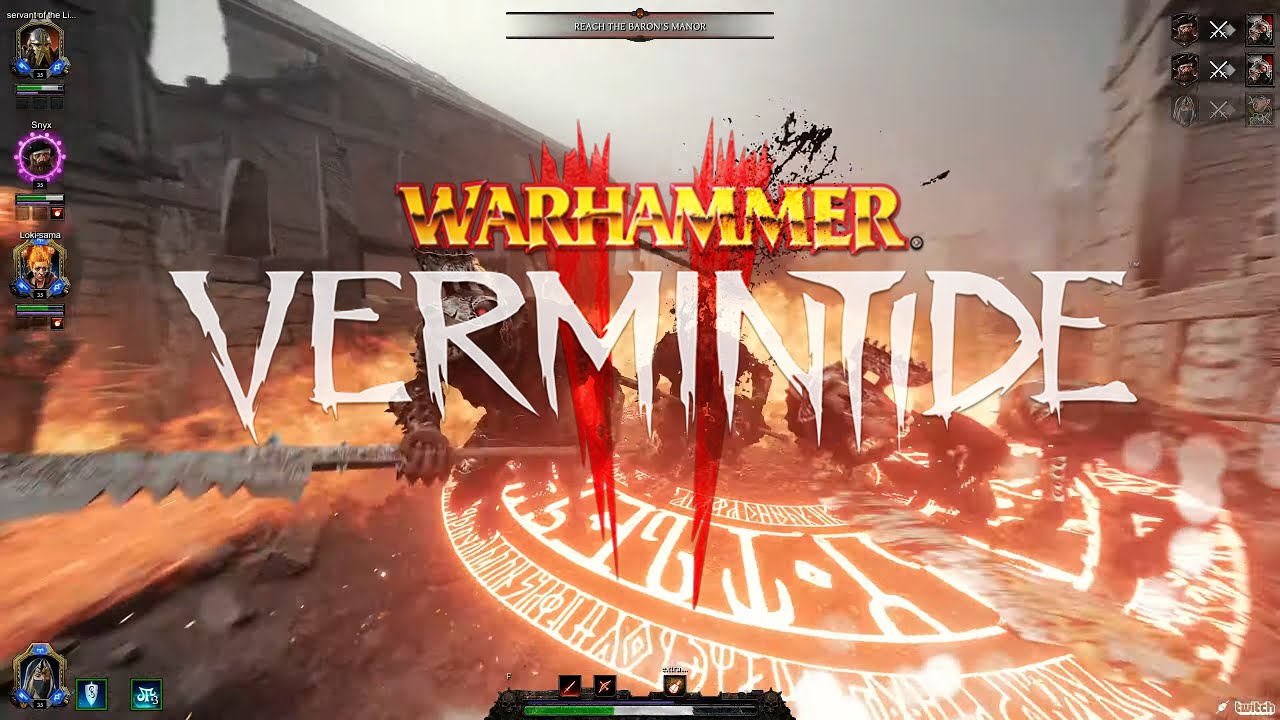 except for the removal of Ungors being able to dodge

The dodging on ungors was bullsh*t, you would still trash them with longer range weapons, but you would often get rekt when using close to medium range weapons (which would kinda force you to just use the long range stuff), plus this behavior was causing them to attack thru other enemies which was impossible to see in many situations.

Yea, did some 200% twitch with Crak today. It’s a lot of fun. Btw, we got 2 minatours with a vote? Does 200% spawn 2x bosses every time or did we just get unlucky and get a map boss with twitch? But yea, we didn’t get any boss spawns the rest of the games. Or perhaps the voters just didn’t choose it.

My only problem with the weeklies is that they last way too long. The darkness one seemed to go on forever…

Yes it does spawn 2 every time

So if you get few twich boss votes in a row, you’re done

Which is why there needs to be option to reduce their HP or double the vote delay or something. Becasue all the other normal spawns will just keep rolling.

I think mutators have their own duration now configured in the settings.