[Theory, if you can even call it that] Are the Gutter Runners female Skaven?

I know, I know, all female Skaven are these non-sentient, bloated monstrosities that spend their lives 24/7 drugged up on Warpstone and exist only to churn out new Skaven week after week, but bear with me for a second here, yeah?

Female Skaven do not reach this state by natural means. It is due to being separated from the rest of the litter at birth and then undergoing extensive bio-engineering and fleshcrafting performed by Clan Moulder operatives. In theory, if a female Skaven didn’t undergo this procedure, they wouldn’t look much different physiologically than male Skaven would (with the exception of being, you know, females).

The main reason why I’m even suggesting this is because of the name of the challenge that requires you to push a pouncing Gutter Runner.

The challenge is called “Pushy Fellow(ess?)”, sans the quotation marks.

The “-ess” suffix often denotes a female (examples: baroness, mistress, seamstress, etc. etc.), and the word “pushy” means to be assertive or ambitious, which seems pretty accurate considering it’s a single rat that pounces in by itself and just repeatedly stabs something until it dies, and can often be interpreted as irritating or obnoxious, which I think we can all agree that Gutter Runners are.

The quotes, chittering, and screams of the Gutter Runners also seems to be slightly higher pitched than male Skaven, which could also suggest them being females (though all Skaven generally have high pitch voices so it’s not the greatest evidence, and I’m pretty sure the voice actor is male anyway).

The name of the challenge could also be a reference to the player themself, of course (the joke here being the pun on “pushy”, as the player is pushing the Gutter Runner away), though I doubt this for two reasons:

This might all be very interesting, but there’s still something that needs to be adressed: why?

Why would Clan Fester, one of the most steadily declining Skaven Clans, send away their females to die on the battlefield, rather than make them into Breeders (Fun fact: Skaven don’t have a word for females. They are often referred to only as “breeders” or “brood mothers”. Skaven society is frukked up) so that they could support their dwindling numbers?

The primary reason as to why Clan Fester is currently in decline (beyond the Ü5 killing them everyday, obviously) is that their Breeders are infected with what is known as “the Brood Blight”, which causes rampant infertility in females.

Now, if you have this horrible disease that is making all of your females sterile, why would you, as a Slave Clan that’s currently in deep economic and financial problems, go through expensive surgery to turn them into breeding machines, when they wouldn’t even be able to fulfill that purpose?

You wouldn’t, even for rampantly insane ratmen, it would be illogical to.

So instead, you have these females lying around that you don’t know what to do with. They’re physically weaker and too few in number to reliably use as a slave workforce and throw them into the meat grinder, so what do you do with them?

Well, you give them training in assassination and employ them as Gutter Runners, of course.

Due to them being physically smaller and sleeker (thus, more agile and stealthy) and fairly competent (Skaven females are implied to be just as intelligent, if not more intelligent than males if they don’t undergo the proceedure), they make for the perfect assassins.

And when you have a Clan that’s currently in some desperate times, would it not make sense to utilize every asset at your disposal to their fullest extent?

If there’s anything to gather from this, it’s that in the face of total extinction, this single Skaven clan would, out of pure pragmatism, became one of the most progressive in their entire kind’s history.

Now, I know what you’re thinking, this theory hinges on thoughts that are of utmost depravity - why would Fatshark have any reason to imply that the Gutter Runners are females?

First of all, yes.

Second of all, I believe it might be a reference to the (sadly non-canon) story of Ravandils Quest, made by the coincidentally Swedish Youtuber, Karl the Deranged, which stars a female Skaven Assassin. 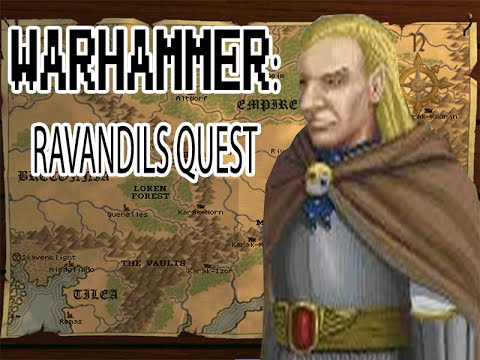 The appearance of this female Skaven Assassin (and, if this post is correct, the Gutter Runners in Vermintide as well) could in-of-itself also be a reference to the (fortunately non-canon and extremely heretical) fan-made Skaven Clan, Clan Sniek, which is a Skaven Clan made up entirely out of renegade female Skaven that didn’t want to suffer the same fate as other female Skaven tend to do, as described above.

Clan Sniek is an off-shoot of Clan Eshin, one of the four major Skaven clans and coincidentally the clan most well known for employing Assassins and Gutter Runners (let’s just leave Clan Sniek at that before we start to go into the furry stuff…).

It was just a stupid thought I had today after completing that challenge in-game.

I’m going to need to thoroughly flagellate myself for making this post later. Sigmar forgive me.

But didn’t Eshin learn the secrets of assassination from Nippon? Which essentially means they are not only female, but female NINJAS.

Females are captured, drugged, enslaved, and used as literal baby making machines from the day they are born until the day they die: I sleep

A well-thought out idea. XD It would be very typically Skaven of Fester to have the females of their clan be put to some other purpose. And I love the idea that it’s a reference to Ravandil’s Quest, that’d just be hilarious (RAVANDIL CONFIRMED?!?)

Buuut I think the challenge is named for the player pushing the assassin, and so the feminine ending is because you could be playing a female character/a woman could be playing the game. XD

Before now I was sure that achievement name referred to the player, but now… well, you’ve certainly convinced me! I will ever think of the gutter runners as lady rat assassins now.