Something I hope will be fixed for tomorrow is grims and scribs not appearing in levels they’re supposed to. Had 5 matches with no scribs and only one unreachable grim (pictured).
This can be a 45-1 hour waste due to bugs.
I think all maps should have tomes(scribs) and grims like vermintide. Waiting like a lemon to get the mission you want at the hub because it doesn’t have the right 2nd objs is boring. Having them in all levels by default means quickplays are more viable and allow for the grind to be more fun. Also means those assholes who burn grims for trololol don’t have as much of an effect as they’d like.
Having them as secondaries which disappear or only happen on Heresy etc. just seems pointlessly complicated. Maybe they don’t show up until Uprising diff? Dunno- as least they should appear in the levels they’re advertised in and be easily accessible. 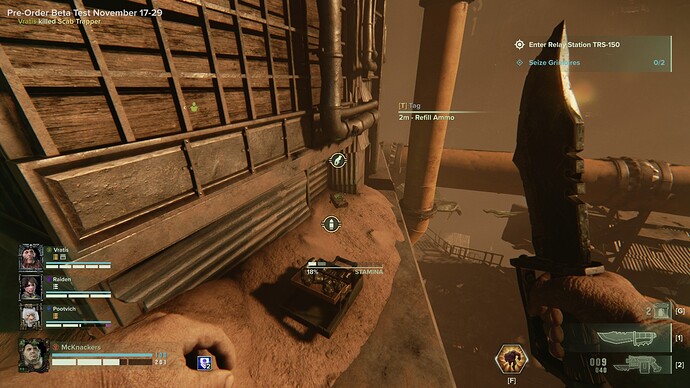