When vertical sync is enabled, FPS during horde locks at 38 frames. It sounds extremely strange, so here’s the video. 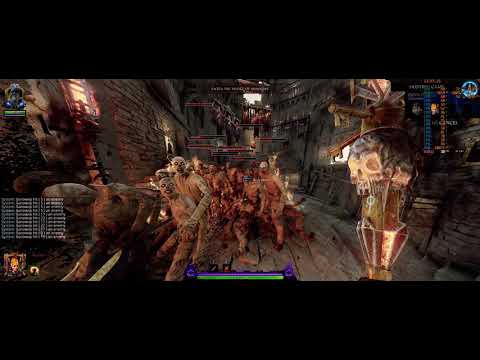 Could you share your PC’s specifications with me please?

Strange! Does it do that when you do Fullscreen? Are you somehow running your desktop at 38 Hz? Vsyncing at borderless fullscreen would lock frame-rate to whatever refresh rate the desktop screen is running at. Why don’t you use NVIDIA Control Panel Vsync instead of in-game?

I wonder if this is similar to a problem I’m having. At seemingly random times my framerate will drop significantly for 2-5 seconds and then speed back up to my 60 FPS cap.
It doesn’t seem to be related to hordes or anything. Heck, it happened in the keep when I was just walking around.
This all started back in October. I’ll run some tests later.

Seems like it’s better after turning on Windows X-Box game bar. I think turned it off a bit ago because I had no idea why I needed it but apparently it affects framerate fluctuation in some way? It may just be coincidence or I’m on a luck spree with no problems occurring.