Stamina UI is a bit hard to see in busy situations

I find the stamina UI, especially compared to VT2’s elegant shield system, very hard to see in certain situations, which isn’t great for an UI element of such importance, especially at higher difficulties.

For example as a psyker, not only do you have these weird swirly lights going around you, you’ve got the big peril UI (wish it was a bar like Sienna’s overheat

) right on top of it, and if you use the force sword? Forget about it, the white stamina bar might as well not be there. I can only imagine how hard this piece of UI would be to see for someone colorblind.

It doesn’t look that bad in screenshots and when there isn’t much going on, but once you’re in the middle of the game with a bunch of stuff on your screen, it can be a bit of a struggle to see it amongst all the chaos.

In the screenshot below it actually seems to look clearer than it is in-game weirdly enough, but hopefully you can see a bit what I mean 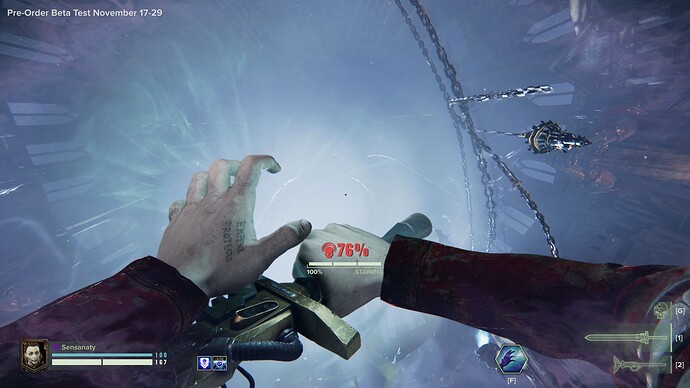 But then in this screenshot, you can already see the right-most side of the bar sort of blending in with the pale skin of the character’s hand 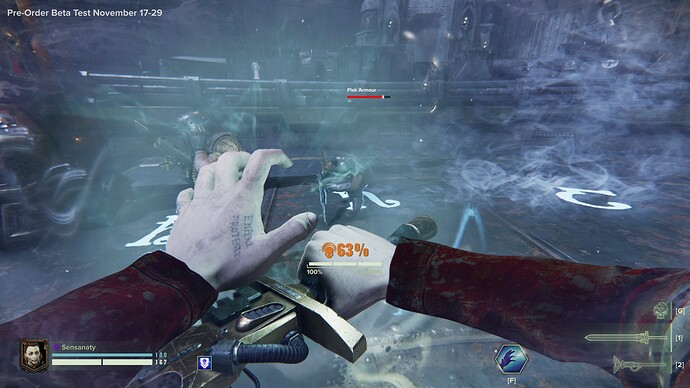 It’d be great if this piece of UI could be reworked or even customized (at least the color, that should be easy enough to let people do) to have higher color contrast compared to the rest of the elements on screen, sorta like the peril bar!