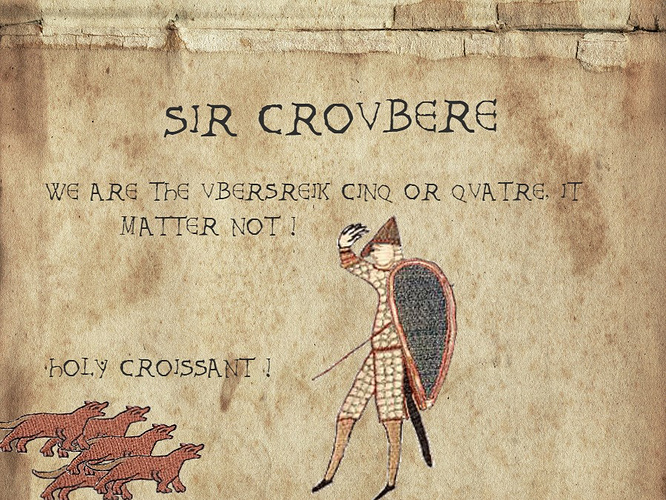 It’s being cautious and not just loving everything blindly. This post is a great hype post, as some asked for to get more info, but it’s only gonna be a good post if they come through, which we’ll see about if that’s the case, how the new career will impact the game overall, how much work it will require after release etc. If weather will impact peformance, if they are gonna release cosmetics with a steady stream, if there is gonna be a bbb (without rushing), how the typical fixes and tweaks are gonna be.

Also looks like weaves is just gonna be another reshuffle without anything new, and i assume its gonna be like this forever, due to they said ‘typical weave reshuffling’. Maybe we’ll get new winds by buying the dlc

Also what’s ‘free content’ supposed to mean. Is it just content that splits up the game? Which maps don’t really do as players can host and everyone can join. Difficulties is playerbase splitting, or weaves. The free content we got were maps so i’ll assume its gonna be maps. Then every big new content will be paid dlc, or not? How do we define ‘free content’, just super vague.

They should of just said ‘hey we are introducing a new cosmetic system, where you can buy cosmetics with real money’ without saying ‘and you’ll get free content’ as what does that even mean, typical bug fixes and Qol which everyone in every game gets anyway for free?

Really iffy on the idea of a premium career, can’t lie. If the career is too strong it will make it look “pay to win”. If the career is weaker than what Kruber already has a lot of people likely won’t see it as worth the cost, though admittedly that will also come down to what the price point ends up being (another tricky balancing act you’ve given yourself).

I guess I’ll wait and see how this pans out, but personally I’d rather pay for maps + cosmetics than classes + cosmetics. Yes I understand that paying for careers instead splits the fan base less than buying maps does. I dunno it still feels icky to me this way though, can’t really shake that feeling at the moment.

So Fat Shark, you spat on the lore (and essentially spat on all of us to whom the lore is important) by pulling such a cheap move by re-skinning Kruber into a Grail Knight. Did you have at least a bit of decency and recorded new voice lines with French accent?

Why not Winds of Magic too, when you were already at it?
Or even why not just Winds and not spend time making something new?
Are Winds going to be Weave-exclusive?

weapons being sold as dlc

Let me correct you: weapons being sold as part of a DLC. it’s an important difference, which is relevant to my argument. I won’t be this annoyed if GK was part of a payed dlc, including 2-3 new maps, like it would have been some time ago. the fact it’s just the career is why i’ve been arguing it’s hard for me to consider it a DLC, given the history of DLCs with the franchise.

I see it being a standalone buy as worrying for more reasons than one, not the least the price tag. you used to get 2-3 maps plus stuff for 8 euroes. if it was just the weapons i’d have payed a small fraction of those dlcs price tags, say, 2 euroes. But I strongly doubt the new career will go for 2 euroes, considering a hat costs 4. freemium stuff is usually more expensive than it’s worth because the point is wanting to support the developers. this is unfair when we are talking about gameplay elements.
Until recently I’ve bought every single Vermintide dlc (even WoM) but I’ve stopped, as with premium stuff gets too expensive too quickly. the fact it will include gameplay aspects doesn’t sit well with me.

BTW you have a point about getting a chance to play the career. while the mistake is probably realeasing only 1, I guess what they could do is keeping the career a premium for S3, and releasing it to the rest of the community months later with S4, I guess that would be acceptable

But the picture made me laugh, all is forgiven

Great news! There are a lot of new content coming. Thank you Fatshark

Important question: are there any plans to add a flail and shield weapon to Grail Knight?

Careful now… this is not that AoS garbage. Just Warhammer Fantasy (The only real thing).

If the career is too strong it will make it look “pay to win”.

Just reminding that weapons sold in dlc have the same issues. Some are stronger or even meta (billhook), others are not (throwables axes).

I won’t be this annoyed if GK was part of a payed dlc, including 2-3 new maps, like it would have been some time ago. the fact it’s just the career is why i’ve been arguing it’s hard for me to consider it a DLC, given the history of DLCs with the franchise.

It’s actually a part of their new policy of preventing a dividing of playerbase. So new modes and maps will mostly stay free but they still have to pay the bills. Therefore playable content like careers are kinda like weapons, yoi can play them with players who don’t own the dlc.
Maps and modes were another matter. Dlc maps could not be joined by players without the dlc via quick play, making them more desert than others maps when you started alone.
So they can’t really add maps to the dlc. But there are weapons with it. So it’s not ‘only’ a new career.
Now I do think it’s better that way, so it will dilute a bit the new career making it playable in quick play. Also, we won’t have to wait 6 more months to be able to play it if it was to come with new maps.

It’s really just a theoretical question.
If it takes 6-9 months to make a 3 map DLC, does it mean that it takes 2-3 months to make one map?
Could we get a new map every 2-3 months even if they are part of a 3 map branch instead of waiting for 6 months to get all 3 maps in another 3 months making it 9 total?

That’s what they did with Drachenfels

I don’t think that when they started working on those maps, they intended them to be released this way. They were just lucky that they had them already in production and they could be used for the finance model change.
And with that, if they really intend to change things, I would expect them to release a new map every 2-3 months, instead of the usual 9ish month period, where you get them at once or this forced separation to 3 months to keep the hype going.

I´ve been hoping for something like for so long ever since the entire “night maps” discussion back during the Halloween event. However it was something that was dropped into the “under consideration” corner so i did not have much hope at all.

And yet it did!

I can understand the logic that only splitting community contents (maps, mods, weapons) are free (even if they did not specify it)… I mean, I’m not happy but that’s… so the new weapons will be free or paid? Or they are ALL reserved to Grail Knight? Seems to me a little bit strange.

I honestly don’t think that weapons should be counted as something that would split the community, unlike maps and game modes. Weapons are strictly your personal thing that does not affect whether other players can play with you or join your match.

From what I can tell, Grail Knight will have some new weapon type(s) exclusive to this career. If you buy the career, you will get access to these new weapons. If you don’t… well then there is no reason for you to obtain them, since you would not be able to use them on other careers anyways.

If the new weapons are reserved to Grail Knight, I agree… but if one of them could be used by other careers too, imho it should be free.

I really do hope that he get’s lots of illusions with Bretonnian iconography (one for each weapon would suffice), because using weapons with SIGMAR, the comet, skulls and empire crosses all over it would not really fit. Can’t wait for new shields, those are my most wanted illusions tbh.

I know, i know, it would be to much hassle to restrict illusions to careers (which also would be more of a bad thing than a good thing) but at least give us options if we want to stay true to ze Lady.