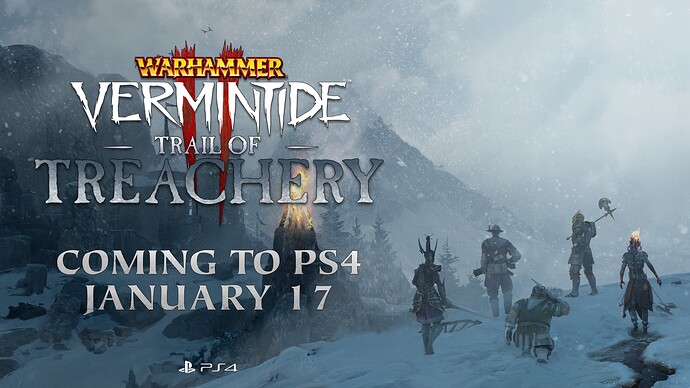 Today we are excited to announce that our newest adventure map, Trail of Treachery, will release January 17 on Playstation! 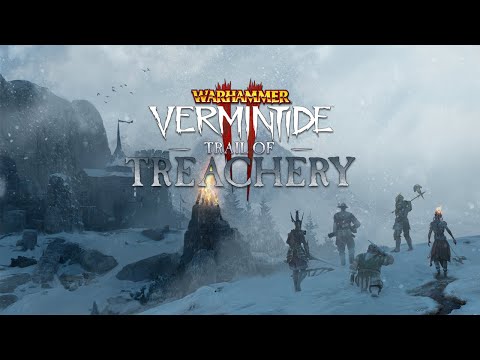 A Treacherous Adventure is a free new content update for Warhammer: Vermintide 2 containing the first act out of a two-part adventure. Stay tuned for more to come!

In Trail of Treachery, it is up to you and your fellow heroes to escort a caravan carrying precious cargo to a village plagued by strange and unusual happenings. Pave the way to Tockstadt and investigate what misfortune has befallen the settlement. Beware of avalanches. 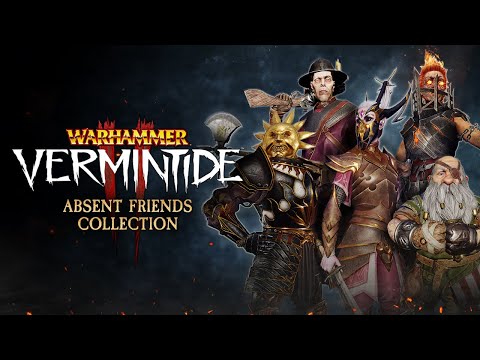 Thanks for the hard work, looking forward to playing it tomorrow.